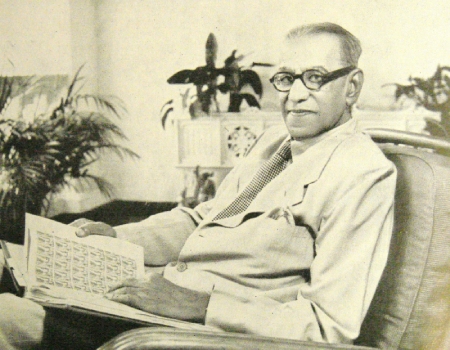 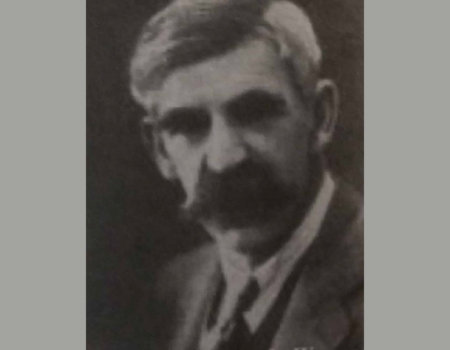 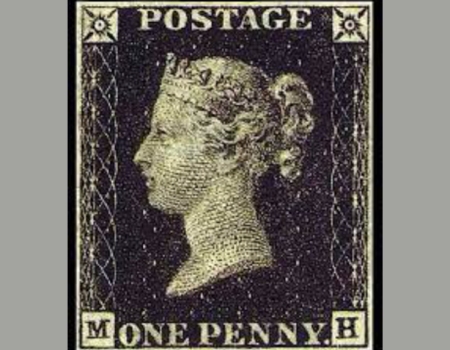 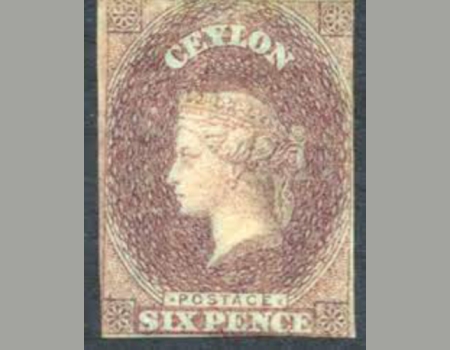 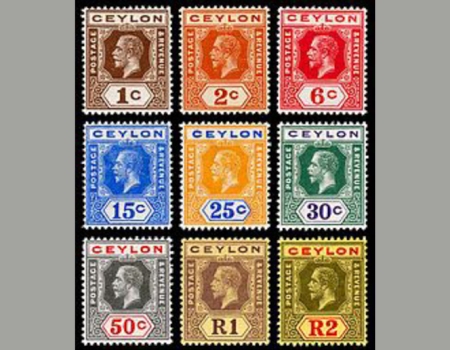 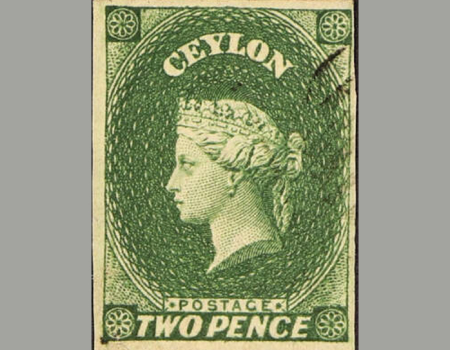 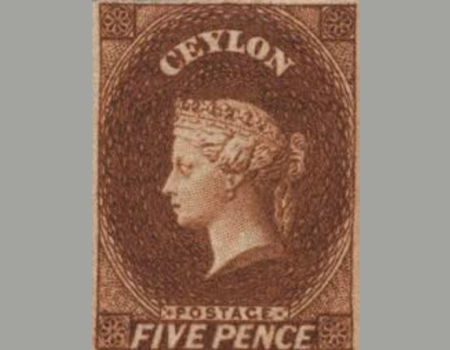 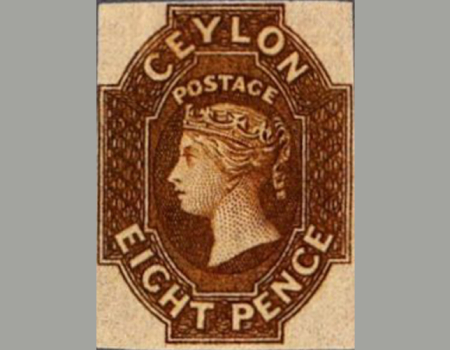 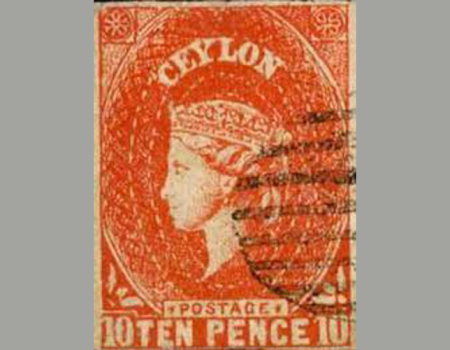 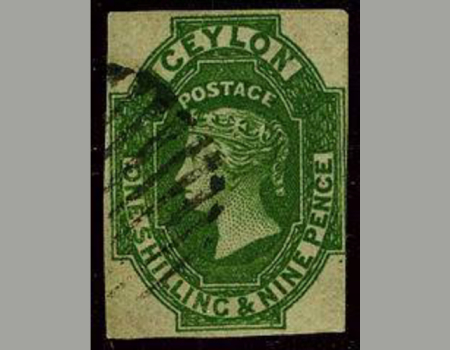 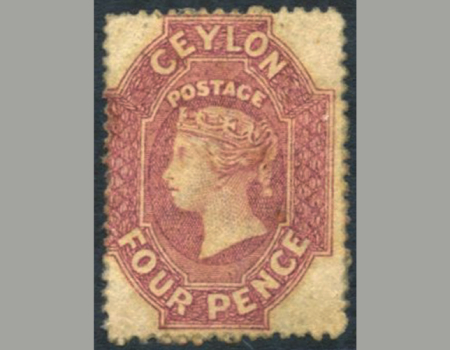 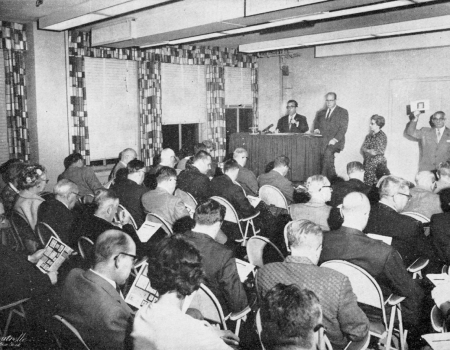 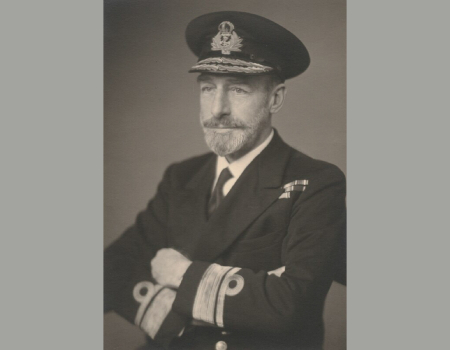 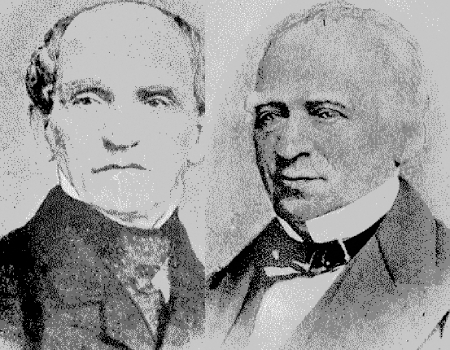 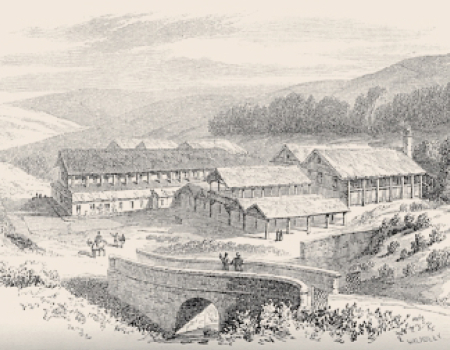 The collection of stamps as a hobby commenced with the issue of the “Penny Black” in Britain in the mid nineteenth century and rapidly expanded into the colonies of the British Empire, and to the other major metropolitan powers of the world such as France, Portugal, Spain, and the USA. Britain during the reign of Queen Victoria, was acquiring the best of the products and cultures of its far-flung empire. The purchasing power of its wealthy squires encouraged the pursuit of leisure time interests which included the newfound hobby of stamp collecting.

The first postage stamp to be issued in Ceylon was in the six pence denomination – it was issued on 1 April 1857, seventeen years after Britain issued the first adhesive postage stamp in the world, the unperforated “Penny Black”, released on 6 May 1840.

The first Ceylon stamp was recess printed on blued paper with the ‘star’ watermark and bore the left profile of the head of Queen Victoria on an oval backdrop and its colour was purple, brown. From then onwards several more Ceylon stamps of the penny series in the imperforate as well as perforated type, were released over the years until 1872, when the country adopted the decimal currency and switched over to rupees and cents.

The most expensive and difficult to obtain stamps for latter day collectors, were those released in the penny series and are of the 1d, 2d, 4d, 5d, 8d, 9d, 10d, 1s, and 2s denominations. There were four basic designs in the first set of imperforates which included octagonals. The 4d dull rose octagonal stamp is regarded as the rarest and most expensive of all Ceylon stamps. The rarest and most valuable collections of Ceylon stamps are those which have a good representation of penny series stamps.

Baron Anthony de Worms was born on 4 January 1869. He was the son of the first Baron Solomon de Benedict de Worms who was born in Frankfurt but was taken to England by his parents at an early age, and eventually went to Ceylon. Baron Solomon’s father was Benedict de Worms who was married to Janette the eldest sister of Baron de Rothschild the renowned banker and international financier. His two younger brothers Gabriel and Maurice de Worms who also moved to Ceylon were pioneers in plantation development in Ceylon in the mid-19th century.

The brothers opened thousands of acres of coffee plantations which after the failure of coffee by blight, were subsequently planted with tea. Rothschild Estate, Sogama Estate in Pussellawa and Condagala and Labookelle Estates in Ramboda were all originally cleared of jungle and planted in coffee by the de Worms brothers. Although the First Baron Solomon’s stay in Ceylon was brief in comparison to the more than two decades spent in the country by his younger brothers Gabriel and Maurice, it was he who inspired the interest in Ceylon stamps by his son Anthony. The latter started with the usual schoolboy collection of stamps and that was augmented considerably when his father presented him with his collection of stamps which included many of the star watermarked penny issues.

His uncles on the family estates in Ceylon continued to send him fine mint specimens of stamps which went to form the nucleus of his later magnificent collection on Ceylon. With a rapidly increasing enthusiasm for his hobby Anthony was to acquire two reputed collections, that of C.J. Daun and W.B. Thornhill. At the time of his death on 11 January 1938, Anthony de Worms was the owner of the finest collection of Ceylon stamps in the world. It included nine stamps of the imperforate 4d dull rose including a pair, and a magnificent mint copy said to be the finest known copy of this rare stamp. An unused copy of the imperforate 4d dull rose is today priced at US$20,000. There were only 7400 copies of the stamp printed in 1857. The executors of his estate auctioned the collection through a four-day sale on 20, 21, 22 and 23 June 1938, at which 880 lots were placed on sale by Harmers of London. The first twenty minutes on the second day of the auction when the 4d stamps were being auctioned, was broadcast by the British Broadcasting Corporation; such was the keen interest shown in the auction. The auction catalogue was constrained to express regret at seeing such a magnificent collection broken up. The cream of the Anthony de Worms collection was bought by a 50-year-old philanthropist from Ceylon, Albert Ernest de Silva who was later to become Sir Ernest de Silva.

Born on 26 November 1887, Sir Ernest de Silva took to stamp collecting at an early age as a student at Royal College in Colombo. He was the son of A.E. de Silva (Snr) a wealthy estate owner and exporter of tea, plumbago, cinnamon and coconut produce, who resided in a large mansion in Flower Road, Colombo, called “Stephanotis”. Sir Ernest had his tertiary education in Cambridge University and upon his return he renamed his father’s home which he inherited, to “St. Clare” after his college in Cambridge. Not long afterwards he built a magnificent home named “Srimathipaya” also on Flower Road in which he resided up to his death. This house was later acquired by the government to serve as the office complex of the Prime Minister. Sir Ernest was a gifted entrepreneur and within a few years of his return to Ceylon he expanded his broad acreage by acquiring more estates into the already burgeoning portfolio inherited from his father.

He was the first Chairman of the Bank of Ceylon, a position he held up to his death in 1957. He was also the Chairman of the State Mortgage Bank and was well known for his munificence and philanthropy. He was a great patron of the turf, owned a string of horses, and was the donor of the A.E. de Silva Trophy, a highly coveted trophy in the annual racing calendar. In the 1940s he was named the wealthiest man in Ceylon.

Sir Ernest attended the Anthony de Worms auction in London and bought the cream of the collection including many of the highly prized 4d dull rose specimens. As the most comprehensive Ceylon penny stamp auction ever, the De Worms auction attracted keen prospective buyers from all corners of the globe, but Sir Ernest was able to outbid the competition and returned home with a stunning addition to his stamp collection. The outstanding items in the De Worms collection were featured in colour in the catalogue of the twenty lots shown in colour, at least eight lots in addition to the numerous other stamps he purchased at the auction, were bought by Sir Ernest.

Images of some of these stamps appeared once again, this time in the catalogue released 21 years later when Harmers of London auctioned Sir Ernest’s stamp collection. Sir Ernest died on 9 May 1957, and the executors of his estate auctioned his stamp collection in a two-day sale on 12 and 13 January 1959. Stamps that were sold at that auction have since found their way into many collections. Catalogues of stamp auctions over the past 50 years have occasionally described the provenance of a listed stamp as “Ex de Worms” or “Ex Sir Ernest de Silva”, a description that often added value to the item offered.

The outstanding stamp in both collections was a mint specimen of an imperforated four penny dull rose issued in 1857. This stamp was first sold in the De Worms auction of 1938 and bought by Sir Ernest de Silva. In the 1959 auction of Sir Ernest De Silva’s collection, this stamp was estimated at a price of £900. Fifty years later this stamp was featured once again as the crown jewel in the Joseph Hackmey collection auctioned in New York on 18 February 2009. The estimated catalogue price was US$ 200,000. An image of the stamp in colour was featured on the front cover of the deluxe auction catalogue issued by Spink Shreves Galleries, New York, who conducted the auction.

The 77-year-old Joseph Hackmey is one of the world’s foremost collectors of fine art, stamps, antiques, and rarities, and his name is listed in the global ‘rich list’ among the three hundred richest people alive. He employs a full-time curator to maintain his collections which include priceless paintings by artists such as Van Gogh, Gaughin, and the impressionists. He is said to have commenced his Ceylon stamp collection in 1980, and over the past 30 years had built up an award-winning philatelic collection covering many countries. Many of the outstanding stamps in the De Worms and De Silva collections were acquired by Hackmey. With the disposal of the Hackmey collection we witness once again a fragmentation of an assiduously gathered repository of philatelic history of Ceylon. The only Sri Lankan to possess a collection of Ceylon stamps of international renown was Sir Ernest de Silva, both De Worms and Hackmey being of Jewish ethnicity.

Even though stamp collecting is now served by a highly commercialised support industry and is also seen as a lucrative investment option, there is no indication that there will ever be any collection of Ceylon stamps that will surpass those of Baron Anthony de Worms and Sir Ernest de Silva.