The Tea Planter and His Cook 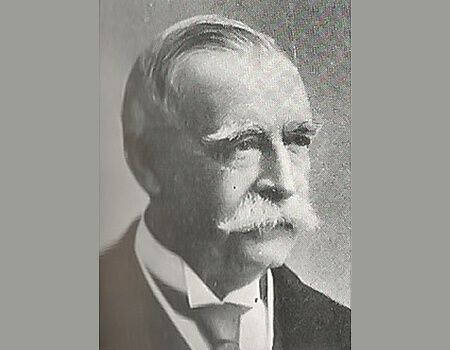 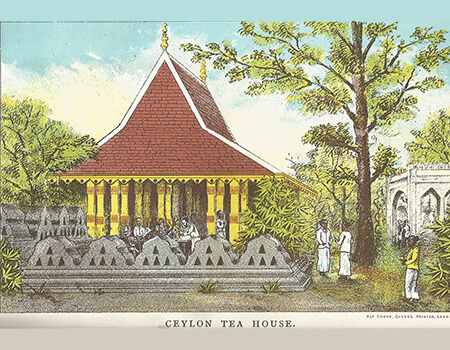 Two little known but significant contributors to the western ethos that is part of the modern homogenous Sri Lankan culture.

The occidental influence on Sri Lanka could be conjectured as first arising from the visits of famed international travellers like Marco Polo, Van Lin Schoten, and others from the West who first discovered the delights and pleasures of this land known as Serendib. Indeed, the word “serendipity’ is now a much-used word in the English language meaning “surprisingly pleasant discoveries”. From the 16th Century onwards however the social dynamics of the country especially along its maritime areas came under the influence of three dominant powers – Portugal, Holland, and Great Britain. The conquest and settlement within the country brought in its wake substantial influences not only on the economic development of the country but very significantly on its social manners and customs. Thus, we have today a Sri Lankan culture consisting of many contributing strands including a fairly heavily influenced western ethos confined not only to the use of the English language and the many sporting activities including cricket, rugby, and other sports, but also as presented by the general way of life of its people.

Today’s Sri Lankan culture although dominated by the original Sinhala Buddhist, Tamil Hindu, Moor Islam elements also has the occidental elements showing through and is like the proverbial “scrambled egg” difficult to unscramble, to expose its constituent elements! I have chosen the lives of two persons, comparatively unknown but whose remarkable contributions are significant in the evolution of some aspects of present-day Sri Lankan identity.

John Loudon Shand was a pioneer tea planter who arrived in Ceylon during the dying days of “king coffee” in 1866. Born on 1 October 1845 in Scotland, he arrived in Ceylon in 1866 at the age of 21, seeking his fortune as a coffee planter. He pioneered the clearing and planting of Pendleton Estate in the Kandy District by the time he was 25 years of age. The estate was managed by Keir, Dundas and Co., a big name in the coffee industry of the time. Loudon Shand was an impressive figure well known for his commanding personality and his manner of public speaking which soon earned him the sobriquet “Silver tongued Shand”.

In 1879 at the age of 34 years he was elected Chairman of the powerful and then very influential Planters Association of Ceylon, at a time when the planting industry was going through one of its most difficult times in its history. By 1882 he had progressed in his planting career fast enough to part own Hatton Estate which was then planted in coffee covering 120 acres of land. It was a successful speculative move following the crash of “king coffee”. He was responsible for the replanting of the estate in tea which was later to expand to nearly 300 acres. His reputation as a planter was on a steep upward trajectory, and he was later to spearhead the promotion and development of Ceylon’s tea industry. With his outstanding personal attributes, he was well equipped for the task. After living in Ceylon for twenty years he returned to England as planting Commissioner for the Colonial and Ceylon Exhibition in 1886. As a well-known promoter of the tea industry in Ceylon he lectured at the Royal Colonial Institute, the Society of Arts, and other public organisations extolling the prospects of the tea industry in Ceylon. His wife Lucy who travelled over from England to marry him at the Christ Church in Colombo on 29 November 1873 bore him ten children of whom five were sons, and of whom three took to planting in Ceylon. Their second son Stewart Loudon Shand served in the Great War and was awarded the Victoria Cross for extraordinary bravery at the Great War, an outstanding achievement.

John Loudon Shand arrived in London for the 1886 Colonial and Indian Exhibition, accompanied by his butler and five servants. The five servants were to work as waiters in the Ceylon Tea House, a major feature of the Ceylon Court at the Exhibition held in London. Loudon Shand as representative of the Ceylon Planters Association was one of the five members of the Commission appointed by the Government of Ceylon to run the Ceylon Court. The others were Sir Arthur Birch, F.R. Saunders Member of the Legislative Council, Henry Trimen, Director of the Royal Botanic Gardens, Peradeniya, and J.G. Smither Government Architect. There were scores of other officials and private individuals from Ceylon who participated in the exhibition, their names all well documented in a commemorative book published to mark the occasion. Tea being the principal product that the government wanted to publicise, it fell upon John Loudon Shand to do the needful. Having accomplished his objectives and earning well deserved plaudits from his countrymen Loudon Shand continued to reside in Scotland after his visit in 1886. He did not elect to return to Ceylon and lived out the rest of his life in Scotland and passed away in Dulwich on 2 February 1932 at the age of 87.

Francis Daniel who served as Loudon Shand’s butler in Ceylon also described himself as a fiddler who originated from Trichinopoly in South India. His father and grandfather were tom tom beaters in the Indian Light infantry and shared a common musical heritage. The butler’s son Daniel Santiagoe was born in Ceylon, and since the age of sixteen served in various planter’s bungalows in Ceylon as cook assistant, house boy, dressing boy, general servant and approved cook. He was 23 years of age when he arrived as Loudon Shand’s cook to serve also as a waiter in the Ceylon Tea House.

A pioneer in his own right, Daniel Santiagoe’s own life story as professional cook is not only remarkable but serves as a trail blazer in the development of Western oriented cuisine in Ceylon. The man obviously would have settled down in England after the exhibition and his line of descent would probably be today at least five generations after him, most likely carrying his name if not some aspects of his origins. He is remembered for posterity however as the first ever author of a cookery book based on Ceylonese cookery. Titled “The Curry Cook’s Assistant”, first published in London in 1886, Daniel Santiagoe the author describes himself very modestly as “General Servant”. In his preface Santiagoe acknowledges with gratitude “my two masters Shand, and Haldane and Co. of London who brought me over to England and Scotland with four other servants and allowed me to publish a little book to make my desired little fortune”! The first edition of 500 copies sold out, at 4 pence each which surely must have helped the author to lay the foundation for the fortune he hoped to make. A first edition of this remarkable book cannot be found anywhere today, but a second edition and its reproduction can still be found.

There are many aspects to this narrative which provide links to the evolution of Sri Lankan cuisine as it is known today. Western originated aspects of modern Sri Lankan cuisine like steaks, grills, soups, desserts, breads, as indeed are the customs and manners and etiquette at the table; all belong to influences from our former colonial overlords. This culinary heritage is not only here to stay but have amalgamated with indigenous culinary practices as well as influences from other countries of the orient to produce what can be described as modern Sri Lankan cuisine. Santiagoe’s story also throws some light on the manner in which labour that crossed the Palk Strait to serve in the plantation industries of Ceylon, also helped in the development of subsidiary professions such as those which provided service in the house, the garden, the kitchen, and at the table. Their little appreciated but significant role in the social development of Ceylon has gone unnoticed and deserves attention. To quote the poet John Milton “they also serve who only stand and wait”!