THE MERRY MEN OF UVA 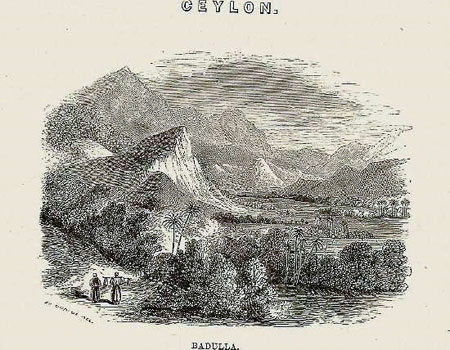 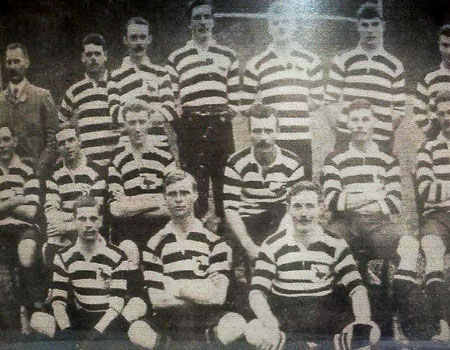 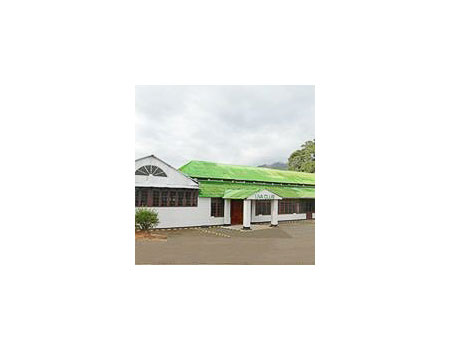 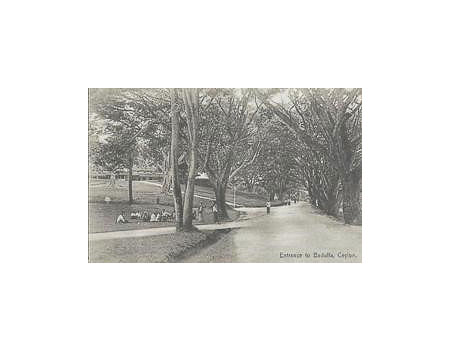 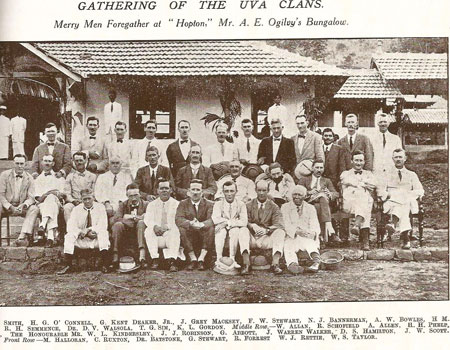 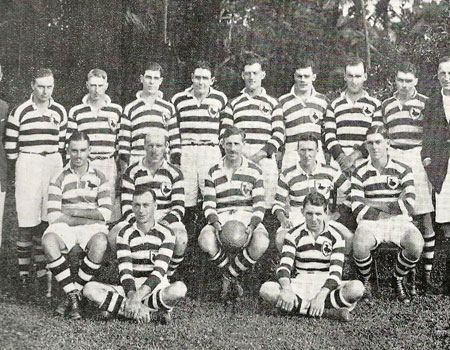 The plantation economy of Sri Lanka which sustained and developed the country through one and a half centuries of British rule, depended to a great extent on tea production. Tea was introduced during the latter half of the 19th Century following the decimation of the coffee industry by leaf disease, and was most productive in the mid to high grown areas mainly in the Central Province. The Uva district large enough to be a separate province, was considered part of the Central Province and had its Government Agent based in Kandy. The Uva Rebellion of 1818 just 3 years after the Kandyan Convention was signed, was a considerable uprising against the newly established British rule but was doomed to failure. The bow and arrows of the rebels were no match to the fire power of the British and the rebellion resulted in the slaughter of many a valiant rebel and the destruction of the Uva area. Every male over the age of 18 was pursued, shot, their homes burnt, their cattle slaughtered, and their paddy fields destroyed. The leaders of the rebellion were either beheaded or exiled to Mauritius and the area almost totally decimated of its able-bodied males. A British Government Agent Herbert White writing in “Journal of Uva” many decades later said” If thousands died in the battle they were all fearless and clever fighters. If one considers the remaining population of 4/5 after the battle, to be children, women and the aged, the havoc caused was unlimited. In short the people have lost their lives and all other valuable belongings”.

As a result of the devastation, Uva, once part of the granary of the country was by early 19th Century a barren area. The lack of infrastructure such as road and rail that were servicing the emerging coffee growing areas were conspicuously absent in Uva, possibly also due to the distance from the capital city. Coffee was slow to catch on although large tracts of land were purchased by speculative investors. With the introduction of tea however and the rail link established, and the road to Badulla and beyond created, there was a need to establish a new administrative district with a Government Agent in charge. In February 1886 Sir Arthur Gordon the Governor visited Badulla to proclaim the establishment of the Province of Uva. This took place in a Durbar held in Badulla where the official proclamation was made in the presence of a subjugated people represented by their Chieftains kneeling before the Governor. Meanwhile there had been the pioneer tea planters who had opened up large tracts of land in the area. They were the people who were to restore growth and prosperity to the area.

The pioneers of the planting enterprise in Uva were people who went through much hardship, but were duly rewarded at the end. One major obstacle in the way of developing the area was its distance from Colombo and the lack of a major roadway or rail connection. These however were addressed albeit decades after the Central, Western and Southern Provinces were provided with the infrastructure essential for production and export. The road to Haputale and thence to Bandarawela and later to Passara was completed in 1866 under the direction of the great road builder Major Thomas Skinner. The railway to Bandarawela was completed in 1894 and that to Badulla as late as 1924. Other than the major issue of transport of produce to the port of Colombo, the district also had to contend with the lack of productivity in large areas of the province covered with “patna”. Patna lands were considered infertile for crops, and in fact coffee was never cultivated on patna which was land covered by a skinny layer of grass unsuitable for cattle fodder or for the cultivation of edible crops. Tea planters however faced up to the challenge and it is to the eternal credit of Henry Oswald Hoseason referred to as the “Uncrowned King of Uva” by Governor Sir West Ridgeway, who showed the way being the first planter to plant tea on patna land. Some of the finest tea in the Uva district had since being planted on lands which were totally patna.

Hoseason who came out to Ceylon around 1874, was largely instrumental in planting up Demodera Group which previously consisted of a number of smaller estates which he amalgamated to make an impressive Group of nearly 4000 acres of flourishing tea. Other pioneers in the district like Tom Wood who opened Spring Valley, followed by AT Rettie who was later joined by his brother John who was later in charge of Glen Alpin, and Hindagala, Robert and Walter Stewart of Attampitiya, CC Herbert at Telbedde, Ury first planted by George Morris and then developed by James Duncan, JJ Robinson at Dammeria, JB Cotton at Moneragala, George Kent Deaker at Mousagalle, JHB Cockburn at Galoola and Hopton, Arthur Bissett at Passara, Yapame under Fanshawe, AT Karslake at Madulsima, RG Coombe at Poonagala, Hamilton Gordon and George Crabbe at El Teb, and the Rudds of Pingarawa were all pioneers to whom the tea industry of the Uva Province is greatly indebted to.

Those were the days when the planters of Uva were described as the Merry Men of Uva, a description befitting their cavalier ways, bordering close to lawlessness at times and thus acquiring the term from the exploits of Robin Hood of Nottingham. The location of Uva which was in the early days, out of reach of the arm of the law, the lack of convenient transport and communication in and out the district, gave the pioneer planters there a sense of sovereignty over the district. Many are the tales of their exploits including the imprisonment of the Badulla Magistrate, and drunken orgies at the Queens Hotel during the occasion of a Royal visit which were all duly reported but treated leniently by the Vice Regal authority in Colombo.

By the turn of the Twentieth Century with the Uva Province well integrated with the rest of the country, it seemed that the next generation of planters were ready to enjoy the results of the pioneering work of their predecessors. This generation of planters could be described as those who had the greatest influence over the plantation economy that had emerged, and were part of an industry that was stable and productive. There was no organised labour then, the class distinctions between the several layers of authority clearly demarcated and observed – a perfect formula for getting the best from the land.

Located in relative isolation, the need for social interaction was recognised and the institution called the “Planters Club” established in planting districts with encouragement and assistance from the Agency Houses. In the Uva district the Badulla Racecourse came up as a major recreational focal point in the latter part of 19th Century run by the Uva Gymkhana Club. The Uva Club was formed in the 1880s in Badulla town and was later amalgamated with the Gymkhana club. There was also the Passara Gun Club and the Haputale Bow Club both nonexistent now. The Uva Club with its splendid dance hall and other facilities had to give way to other planting institutions requiring office space. It moved to its current location in Unugalle Estate, Hali Ella in 1986.

Beyond the social and sports activities of the club, was the regular hosting of guests from surrounding estates at the well-appointed planters’ bungalows which by the end of the 19th Century were of high quality of construction befitting the social standing of its occupants. The photo shown here (see photo # 5) was taken in 1919, nearly 100 years ago, is of a group of senior Uva planters gathered together for lunch hosting the visit of Mr. WL Kindersley the Government Agent for the Central Province. Anybody of any importance in the district was there as the list of guests would reveal.

The photo also reveals some quirky aspects of social interaction and especially social stratification which helped the planter to stay in control of his domain. In the background near the door are two liveried domestic staff who seem to be well aware of their place and not venturing out into eavesdropping range. Also seen are two persons in formal attire who remain in the background. These could be the staff of the Government Agent. Noticeable through the glass paned windows are silhouettes possibly of kitchen staff peeking from a respectful distance.

Seated Front row (from Left) M. Halloran, Charles Ruxton, Acting Manager Hopton Group, Dr Batstone Medical Officer Hopton Group, George Stewart, Yapame, Lunugala, R. Forrest Hopton Group, Lunugala, Wilfred Rettie, Manager Spring Valley, Badulla, and Chairman Badulla Planters Association, and WS Taylor, Manager Queenstown, Badulla. The photo taken around 1919 is from the Times of Ceylon Christmas Annual 1920, many of the younger planters in the photo having served in World War 1 concluded not long before. Of note are HG O’Connell Bowles, and Kenneth Gordon who served with the South Lancashire Regiment, Kent Deaker with the Royal Navy, Grey Macksey with the RAF, and Semmence with the RFC. Some of the planters in the luncheon photo may also be identified in the photo of the Uva Rugger Team of 1924 with Fred Stewart (Capt).

Sadly, none of those featured in these pictures are alive today, but some of their descendants could hopefully get some comfort, peeking into the lives of their ancestors and the company they kept, and be able to tell their families of their pioneering work building up a great plantation industry in the country then called Ceylon. The list of names of those who attended the lunch at Hopton represents the crème de le crème of the planting fraternity of the Uva District at the beginning of the 20th Century. With the exodus of expatriate planters the social ethos in which planting interests were managed have changed radically. The ‘planters club’ has become irrelevant as planters born and educated in Sri Lanka have their own social networks and institutions to complement their professional lives. The role of the expatriate planter however remains a significant factor in the development of the planting enterprise, and their contribution should be given due recognition regardless of the colonial status of the country at the time. Let us remember them. After all, tea still remains the “lifeblood” of the country!

(Note: The Ceylankan #5 of February 1999 carried a very amusing article by Brian Parker the Society’s first Public Relations Officer. Entitled “Independence Day at the Passara Gun Club” he related a story of a pair of cannons used to quell the Uva rebellion, later donated to the Gun Club and attempts to fire it in Feb 1948 when the Govt Agent Badulla arrived at the club in connection with Independence Day Celebrations. Brian Parker was Manager of Veralapatana and later of Uvakellie Estate Madulsima in the 1960s. He is now in a nursing home in Springwood, NSW.)