THE KELLY’S OF KILLARNEY 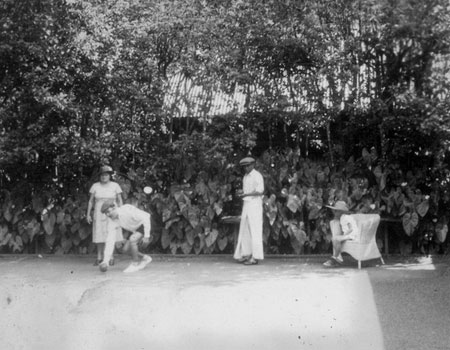 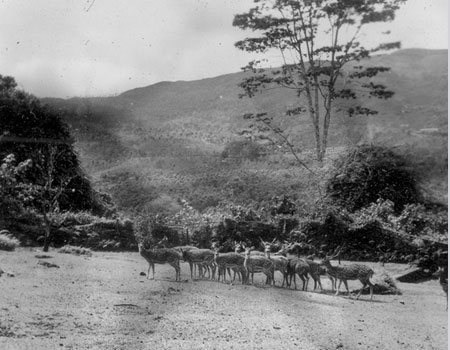 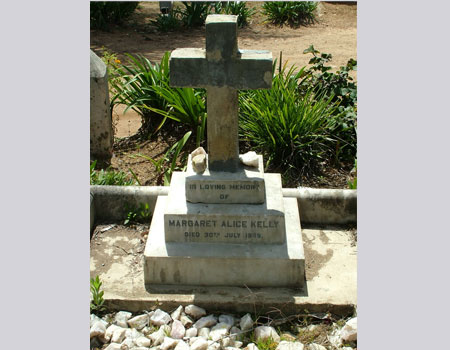 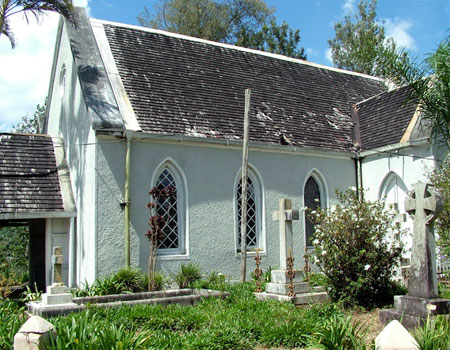 The year was 1954 – in April to be precise; my husband Percy and I were on the first leg of our honeymoon and on our way to Killarney Estate in Bogawantalawa, where we were to stay with our dear friends Douglas and Margaret Kelly.

The drive to the bungalow was unique. The first section, while twisty and windy, was approachable by most motor vehicles of that period. There was even a garage to park your vehicle at the end of it. Nothing unusual on the face of it, except this was only the first section. A fair hike still remained to reach the bungalow. That is unless of course, you drove a Baby Austin!

Ever mindful of his privacy and a dislike for people just dropping in, Douglas had ensured that the second section of the drive to the bungalow could only be negotiated by a tiny car such as the Baby Austin that he owned. So, unless a visitor was expected for which Douglas would provide the Baby Austin shuttle service from the garage, an unscheduled or unannounced visit to Killarney was certainly not for the frail or the faint-hearted.

Fortunately, ours was scheduled and at the garage, we were met by a broadly smiling Deen, Kelly’s major domo. Piling in, three humans and a few pieces of luggage saw the car literally bursting at the seams, as we painfully tackled the arduous second stage of the home-stretch, which in all likelihood was no more than a mile long.

This road was probably the only one of its kind in Sri Lanka. The narrow road twisted and turned and was lined on either side with the most magnificent trees and foliage, most of them rare; it resembled a well-tended botanical garden. As we approached the house we saw a gorgeous fish owl, which we were told used to reside in that particular tree, and was a pet of the household.

Well, finally, our journey within a journey gently rolled to a halt outside the patio at the main entrance to the bungalow. And there to greet us were our hosts, Douglas and Margaret, seemingly impatient to begin their ritual of giving us a right royal welcome. It was so wonderful to find ourselves in this Eden, whose beauty was complimented by the generosity of its owners.

Ushered into our room, our breath was taken away at the sight of hundreds of exotic flowers in numerous bowls and vases that dotted the expansive confines of the room. These were all handpicked from the gardens at Killarney, which as we were to discover during the course of our stay, with little or no modification, Killarney could well have been termed a genuine botanical garden. Hundreds of various types of anthuriums grew around the house and encompassed the bowling green as well. The bowling green, which was to the right of the house, could also be entered through the dining room.

The main part of the house, that is the lounge 'den' and dining areas were of panelled wood; the floors covered with beautiful old carpets, and comfortable upholstered chesterfield type chairs; softly shaded lamps dotted the occasional tables, giving off the impression of extreme comfort and cosiness, especially in the evenings when the curtains were drawn to keep out the freshness of the nights.

In the dining room, one wall was crammed full of sterling silver, positioned on shelves that almost reached the ceiling – truly a splendid and rare sight.

The Kelly’s were by now in their twilight years and not so active and spent many hours sitting on the patio. However, each morning, Douglas, who adored his wife, would pick a perfect flower from the garden and present it to her with a kiss. 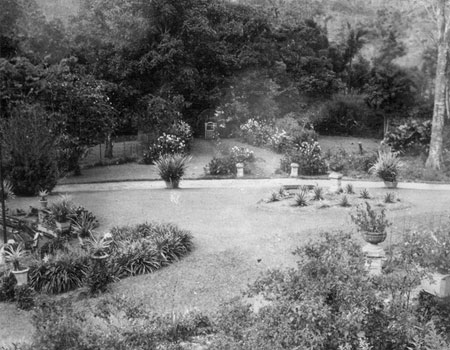 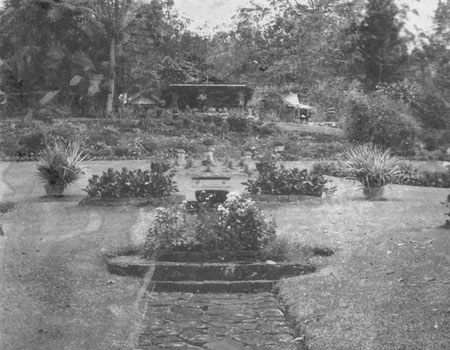 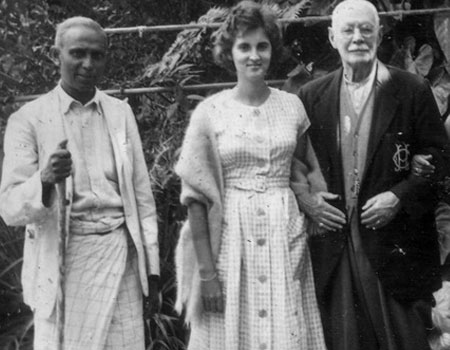 From the patio the land sloped ahead to form a deer park at the end of the garden where there must have been at least fifty of these beautiful animals, most of them quite tame. The garden ended in a V-shape and at the apex, there was a quaint old gate, above which hung a web with a large spider holding a lamp. This lamp used to be lit each night, which emitted an effect of indescribable beauty and the sensation of being transported to another world.

Douglas' father who came out to Ceylon in the 1800s was a pioneer planter. He, like all pioneers, had a hard life, to begin with. They had to trek for miles in all types of weather and had none of the comforts they were accustomed to, but it was worthwhile in the end, especially to the following generations!

Douglas had a very piquant sense of humour; he used to terrify his guests by placing a very real looking enormous black snake at strategic points, usually along the favourite walk paths and he used to laugh his head off at hearing their shrieks of terror!

Douglas also had a penchant for old clocks; he had about fifteen of different makes, shapes and sizes and he used to lovingly wind them each night before retiring for the night. It was a kind of ritual.

William, the cook (and could he cook!), used to turn out the most delectable teatime scones and tomato soup; they were the best ever and I am lucky to have the recipes for both to this day.

Douglas loved to play bowls and was very good at it too, from all accounts. By this time, however, his only opponent was Deen, who was no mean player himself. But, if Deen won, Douglas would end up in a very bad mood!

Margaret was a tall willowy pretty lady, with a soft voice and gentle manner, and I still retain a vivid memory of her waving us goodbye – it was the last time I saw her.

Douglas and Margaret were such splendid hosts, and true friends, who enriched our lives in our short but thoroughly unforgettable friendship. Margaret passed away in 1958 and Douglas in 1965. Both were buried at the St Mary’s Church cemetery in their beloved Bogawantalawa region.