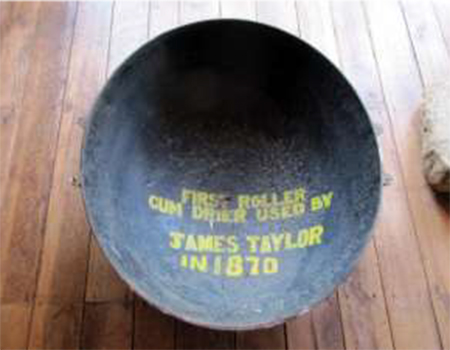 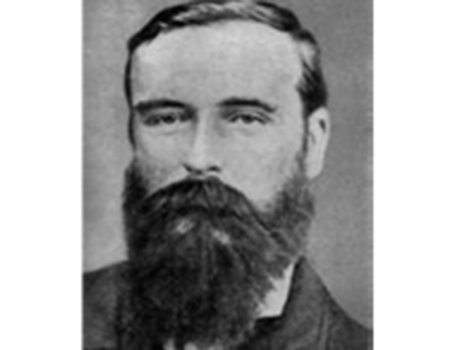 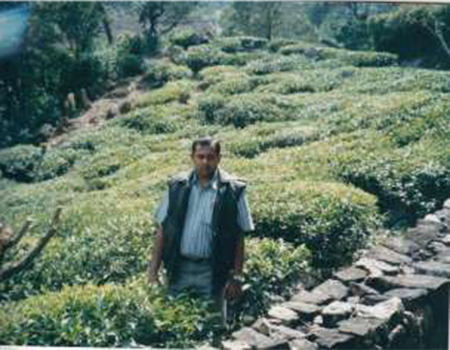 When this pan was found by the writer it was being used by a relation of Mr. Kumaravelu in a house at Deltotte to bathe infants. Arrangements were made to purchase this item in 1974 for Rs 50 and it was placed in the Loolecondera Estate Tea Museum which was within the estate office. This item is now at the Tea Board Museum at Hantane Estate, Kandy.

This pan certainly would have been the very first item of tea machinery used to manufacture small quantities of tea in Ceylon. The leaf was placed in this pan and withered. Thereafter the withered leaf was hand-rolled in the pan and left in it to reach the required level of fermentation.

Thereafter fire was kindled at the bottom of the pan to arrest any further fermentation.

Black tea which was then ready for sifting, cutting and grading. This concluded the manufacture.

The writer Mr Sunil de Alwis M C I P, F I P M., was a Planter on Loolecondera Group, Deltotte from 1973 to 1975. A plantation owned and managed by M/s Anglo Ceylon & General Estates Ltd, U.K. a subsidiary of LONRHO London, He was also a former Director of JEDB and General Manager, SLSPC.