Well, having got your attention let me at the outset declare that the claim in the title of this missive is indeed quite true! But no, it is not in relation to the ‘Ceylon’ that we all know and love, and around which this website revolves! But let me assure you that there is indeed a connection. 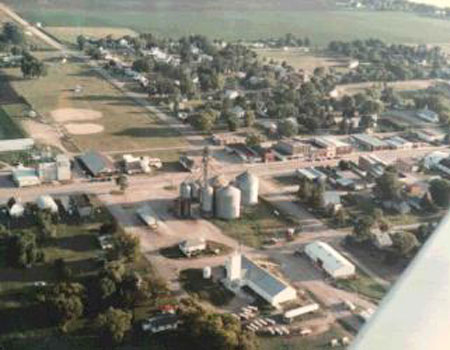 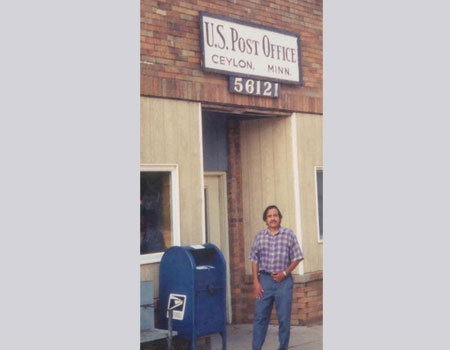 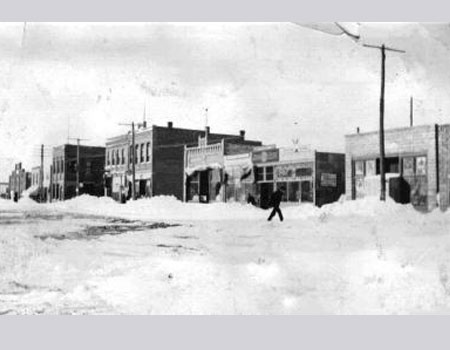 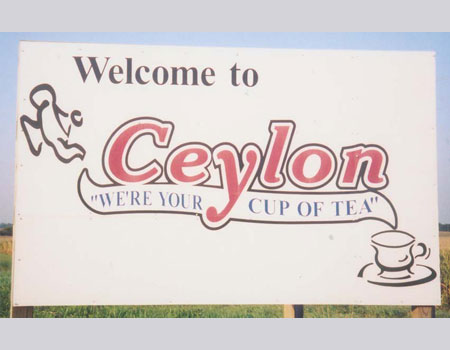 The Ceylon I refer to is actually in Minnesota in the USA. On the face of it, nothing to crow about as there are apparently other little towns across the US that are also called Ceylon – there’s one in Indiana; another in Ohio, and one in Pennsylvania. So what’s the big deal about the one-horse-town called Ceylon in Martin County, Minnesota?

Well, it was the birthplace of former US Vice President and Presidential candidate, Walter Mondale, which I suppose is an outcome of some significance given that Ceylon boasts a population of just 379 souls (2007 census). And this, if truth be told, appears to be Ceylon’s sole claim to fame. Though a fortuitous one I might add, as it was Walter’s fame alone that precipitated the discovery of the connection between ‘that’ Ceylon and ‘our’ Ceylon!

So what’s the connection you ask? To answer this, I need to digress for a moment and refer you to a conversation that I recently had with a gentleman by the name of Kavan Ratnatunga, who made contact with me through the History of Ceylon Tea website. Kavan is an expatriate Sri Lankan who resides in the US and has a deep interest in the history of Sri Lanka, specialising in the collecting of old Ceylon coins.

It is Kavan who is responsible for the captivating research on the US Ceylons’ referred to above. It goes back to 1997 when Kavan’s son was perusing an encyclopaedia on his computer and entered ‘Ceylon’ as a keyword in the search facility. Among others, out popped an entry in reference to Walter Mondale’s place of birth! Bringing it to his father’s attention, it did not take long for Kavan to establish that this Ceylon had little bearing on the teardrop-shaped island on the Southern tip of India.

His curiosity stirred, Kavan located a handful of e-mail addresses listed for Ceylon, Martin County and sent off e-mails to them requesting additional information. One of the responses he received established the ‘connection’ and the relevant extract from Kavan’s website is reproduced below.

“In those early days of the Internet it was possible to search for e-mail addresses by name of city and I e-mailed four residents I found listed under Ceylon, Minnesota. I had this illuminating correspondence with Jerry Rosenberg who replied” - “The railroad came through this part of Minnesota in 1899, and that is when the town was born. At that time, legend has it, there was a gathering in a local general store, where they were trying to pick out a name for their new settlement. Someone saw a box of tea that was from ‘Ceylon’, and suggested that as a name. Apparently, the name was adopted!”

Clearly, the legend on the origins of Ceylon provided by Rosenberg is one that the citizens of Ceylon endorse as the welcome board leading into town states, “Welcome to Ceylon – We’re your cup of tea!”

This interesting exercise culminated with Kavan spending many hours behind the wheel in 2005 to visit all the Ceylons’ in the US. In Martin County, Kavan even proudly opened a bank account with the State Bank of Ceylon!

Yet another fascinating tale in the history of Ceylon tea, and our grateful thanks to Kavan Ratnatunga for sharing this with us.