Home>Publications & Articles>Articles>The Scotts, The Murrays And The Polkes – Scions Of Pioneer Planters' In Ceylon

The Scotts, The Murrays And The Polkes – Scions Of Pioneer Planters' In Ceylon 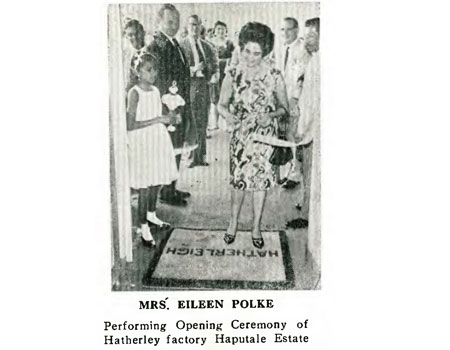 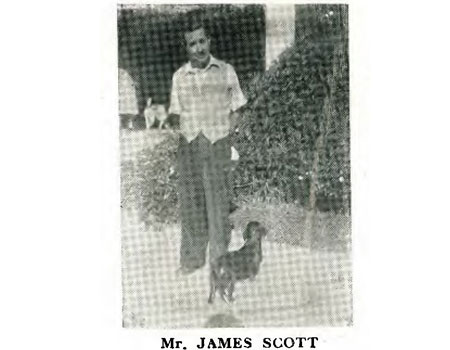 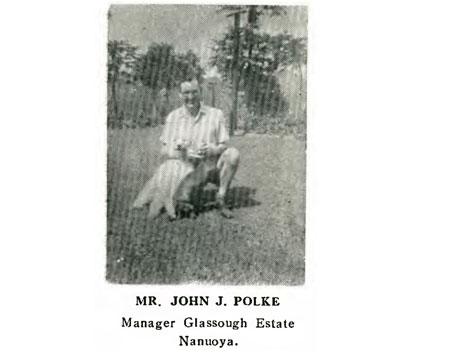 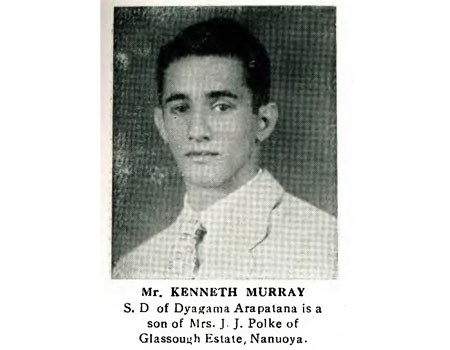 An extract from the Encylopaedia of Ceylon – Ceylon Tea Industry Souvenir 1967 featured on the History of Ceylon Tea website, with more information provided by Ken Murray, who is the third generation of planters on his maternal side.

“Mr. John Joseph Polke son of Mr. Charles Polke of Ireland who died in 1947, is Manager of Glassaugh Estate Nanuoya. Born in Ireland on the 5th of August 1919, Mr. Polke Married on the 13th of June 1964, Miss Eileen Scott daughter of Mr. James Scott of Raxawa Panwila and granddaughter of Mr. A. Scott pioneer Planter of Waverley Agrapatna. Mr. Polke is by religion a Member of the Church of Ceylon and Mrs. Polke is a Roman Catholic, and her favourite Hobbies are gardening and dressmaking.

Mr. Polke was in the Ceylon Navy and he came out after the War, in 1946 when he was demobbed and stationed in Colombo. Mr. Polke's planting career commenced on Selegama Estate Matale and thereafter he was on Harangala Matale Kotmalie, Venture, Norwood, Millakanda, Kalutara, Hatherley, Rakwana and in March 1965 he assumed duties as Manager Glassaugh Estate Nanuoya. No review of Mrs. Polke's Biography would ever be completer, we believe without an adequate reference to the Opening Ceremony of the New Factory which was declared Opened by her in June 1964, in the presence of a distinguished gathering as Portrayed in the Picture appearing above this Article. Personalities in the Picture are Left to Right Mr. James Walker M D. of Walker Sons & Co. Ltd., Colombo Mr. R. C. Bois retired Chairman of Messers George Stewart & Co, Mr. W. L. Scott of Rambukkanda Estate Ratnapura and Mr. J. J. Polke of Glassaugh Estate Nanuoya. Mr. Polke is one out of the select few genial planters in our midst with the old-World Spirit and the Old-World Charm. Mr. & Mrs. Polke are true Moral Forces of the great Empire to which they belong, and we are proud to have them in our Midst. We wish Mr. & Mrs. Polke many years of radiant health and happiness.

James Scott of Bramley Estate, Kandapola father of Mrs. J. J. Polke of Glassaugh Estate, Nanuoya, was born at Waverley Estate, Agras (Ceylon) in 1897 and Educated at Trinity College, Kandy. By Religion a Roman Catholic, he married Miss Elizabeth Marshall and by his marriage he was blessed with two children Mrs. Eileen Polke of Glassaugh Estate, Nanuoya and Mr. W. L. Scott of Rambukkanda Estate, Ratnapura. He was a Pioneer Planter of Ceylon.”

According to Ken Murray, his mother Eileen was first married to Fred Murray, Ken’s father, who was also a tea planter and who passed away many years ago. ‘Joe’ Polke, who Eileen subsequently married, was a descendant of an aristocratic family from Ireland. The late Trevor Moy, the Chairman of George Steuart & Co at the time, was the Bestman at their wedding. Joe passed away at Ken’s home in Bandarawela about ten years back. He was in his late 80s. His mother Eileen passed away around five years back at Nayabedde Estate, which Ken still manages. She was 96 years-old.