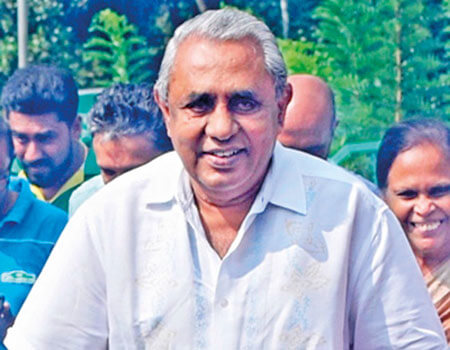 During the latter part of the colonial era, the emergence of the Low country tea sector was pioneered by the likes of the Ratnayakes’ and Budhadasas’ of Deniyaya, Wanigasekeras’ of Akuressa, Jayawickramas’ of Urubokka et al; in producing quality tea from their own estates and by purchasing green tea leaf from smallholder tea gardens. This was followed by the likes of Mr. Navaratne Pilapitiya (popularly and fondly known as Pila) of New Vithanakande, who took this initiative as the pioneers, to a higher level of excellence.

Today, the low country production constitutes almost 70 per cent of Sri Lanka’s overall tea production. Had this not been the case, Sri Lanka’s tea export volume would have further diminished from being the largest tea exporter in the world a decade ago, to a much lesser position after Kenya and other producing countries.

He nurtured the smallholder tea gardens in his Delwala village to cultivate and pluck the best quality tea leaves. He thereafter spread his wings into the entirety of Kalawana and beyond. New Vithanakande, due to its excellence in quality, has earned itself a reputation as a brand of a specialty tea from a single garden. New Vithanakande teas are sold in specialty tea shops around the world.

Pila was a part of the team that formed the PTFOA (Private Tea Factory Owners Association) which is now possibly stronger and as powerful as the Planters Association which was an organisation formed during the era of the plantation Raj. With the increase of the private tea sector, this association was formed in 1990 with Victor Ratnayaka as founder Chairman, where Mr. Pilapitiya served on the committee, subsequently occupying the hot seat of Chairman 1999-2001.

The writer, who had the privilege of visiting New Vithanakande barely a month ago, was amazed at the development particularly in the area of automation. He had also invested heavily in energy conservation during the last few years. The fields leading up to his tea factory and bungalow were immaculate and lush. It is nostalgic, when I recollect that we did discuss the future continuity of the management of this excellent tea enterprise. He had personally trained field and factory staff which would with loyalty carry on the creation of a world class product.

On a personal note the writer has known Mr. Pilapitiya for over 40 years and his was an orderly life of moderate habits. He was also a friend. His was a noble life, nobly lived, with a high conception of his duty towards a spiritual life. It can truly be said of him, to use the words of Shakespeare;

“His life was gentle and the elements so mixed in him that nature might stand up say to all the world, ‘THIS WAS A MAN’ ”.

The very large attendance at his interment was truly testimony of this fact.

Whilst condoning with his gracious wife, Mrs. Nirmalene Pilapitiya and his two daughters Ruwanthi and Vasanthi on the loss of a wonderful husband and father, we wish them all the very best in the continuity of his legacy.