Memories of my Life in Ceylon 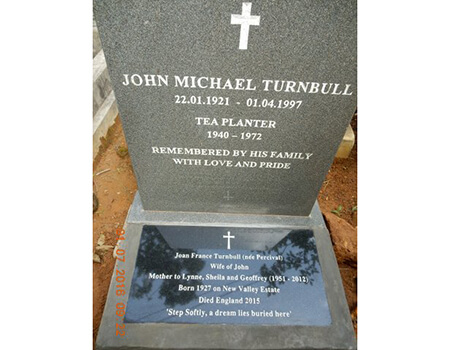 To explain a little about my parents - my father was born at Crudgington Grange, Shropshire, went to Bloxham School near Banbury, did the ‘Grand Tour’ of Europe, worked for some time in a tea import company in London (which encouraged him to try his luck as a Tea Planter). He secured a job as a junior assistant (SD) on a low country tea estate in Ceylon in 1911. In 1914 he returned to England to join the Army and in World War I, joined the Royal Welsh Fusiliers and became a second lieutenant. He went to France with the Regiment in 1915 and after some months in France the regiment was sent to Salonica, northern Greece, where they remained fighting the ‘Bulgars’ until 1918. He attained the rank of Captain before returning to Ceylon as Manager of a small up country estate, where he met my mother Eileen Waring.

Eileen was born at the Hatton Nursing Home, Hatton, Ceylon, and was the daughter of Frank Evan Waring and Maud Megget of Craigie Lea Estate, Kotagala. Her young days were spent on Craigie Lea with a German Governess, but she finally went back to England to a Finishing School in Eastbourne – then quite famous and known as ‘Rannies’. After returning to Ceylon she met and married my father.

Frank Waring and family went out to Ceylon in 1816 with the Army, became Government Servants, acquired land (Great Valley) and Frank’s grandson became a coffee planter, but the coffee blight was too much for many planters and my grandfather had to sell his estate and was employed as manager of Craigie Lea for the rest of his working life.

Maud Meggett was the sister of Ernest Megget who was manager of Balangoda Group Tea Estate Ceylon. Through marriage into a Dutch family, Frank Waring can trace his family back six generations, so my children are the 9th generation born in Ceylon.

My mother, Eileen Maud Waring married Geoffrey James France Percival on 12 December 1923 at Forest Creek Church, Kotagala and the reception was held in the old Craigie Lea Tea Factory. My Waring grandparents were on Craigie Lea for many years.

Eileen and Geoff were then on Winby, Kadduganawa. I was born on 5 January 1927 in the Hatton Nursing Home. Soon after my birth they moved to New Valley, Norwood, where they remained until they retired in 1958. At that stage New Valley bungalow was an old wattle and daub structure with wooden floors and wood panelling. The bathrooms were very primitive with tin baths and “thunder boxes”.

Read More about Memories of my Life in Ceylon