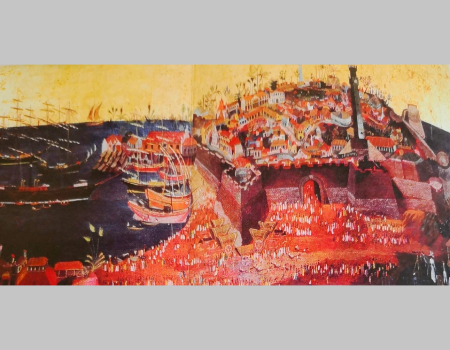 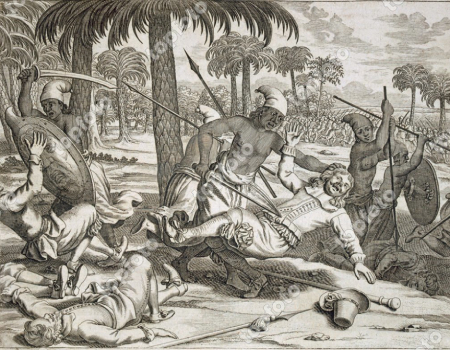 The City of Galle was for many centuries the capital of the Southern Province. Until about the mid twentieth century it was self-sufficient socially and economically. It had its own harbour, railway links, departmental stores, hotels, schools, a hospital, a golf course, a racecourse, and cricket esplanade. There was little reason for people of Galle to travel to the metropolis as the needs of all classes were met locally. Travel from Colombo to Galle by steam powered train was a three-hour journey and quite an adventure with a 15-minute stop for morning or afternoon tea at Aluthgama Station – served by liveried stewards employed by the caterer to the railways, J.A.D. Victoria.

With the development of motor transport and the onset of digital mass communication, the tyranny of distance was conquered, and the quaint city of Galle rapidly assumed a suburban character serving as a satellite to the metropolis. A brief review of the history of Galle during the colonial era may provide some insights into the gradual metamorphosis of Galle from a Capital city to a suburban satellite town.

As early as in 2000 BC, spices such as cinnamon from Ceylon, and cassia from China found their way along the Spice Routes to the Middle East. Other goods were exchanged too - cargoes of ivory, silk, porcelain, metals, and dazzling gemstones from Ceylon brought great profits to the traders who were prepared to risk the dangerous sea journeys. Arab traders were an entrepreneurial class which risked the high seas in often unseaworthy craft to ply their trade and thus formed links between countries which had little connection with others.

The great navigators from Britain, Spain, Portugal, and France made their sporadic links later, but their links were more lasting, with improvements in sailing craft and their ability to travel across the great oceans. It was in the early 16th century that the first conquistadors to Ceylon – the Portuguese, arrived. The eminent historian Dr. Colvin R. de Silva described it thus “if the vagaries of wind and wave brought the Portuguese to Ceylon, the lure of cinnamon kept them here.”

At the time of the “unintended” Portuguese visit to Ceylon in 1505, the kingdom of Kotte held sway over the island. King Vijayabahu had three sons who rebelled against their father and established three different kingdoms. The rivalry between the three rulers gave the Portuguese the opportunity to expand their influence within the island. Being a maritime nation, Portugal found the island of Ceylon a useful outpost. Their attempts to conquer the island were however repulsed by the King of Kandy Rajasinghe II, who inflicted severe defeats on them. Nevertheless, the Portuguese had in the meantime set up fortifications around the island including Colombo and Galle. The main entry into the country at the time was through the harbour of Galle. As a counter measure Rajasinghe II entered into a treaty with the Dutch with the aim of driving the Portuguese out of the island. Portuguese rule in the maritime areas were marked by their extreme cruelty and most feared systems of punishment meted out to the local inhabitants. The Portuguese reacted to the treaty by strengthening the fortifications in Galle and Colombo, more as a defence mechanism from a possible attack from the Sinhalese rather than from European nations. This theory was soon dispelled with the Dutch attacks on both Colombo and Galle. Colonial Galle very much centred around the Fort of Galle which was the de facto nucleus of the Southern Province.

The military campaign that ended with the Dutch laying siege to the Galle Fort and thereafter overrunning it, was led by Willem Jacob Coster who was the first Dutch Governor of Ceylon. With the King of Kandy Rajasinghe II getting exasperated with the doings of the Portuguese he opportuned the Dutch and a treaty “the Westerwald Treaty’ was signed at Batticaloa with Rajasinghe II. Willem Jacob Coster signed on behalf of the Dutch and then led the onslaught on the Fort of Galle held by the Portuguese. On 13 March 1640, the combined troops under the command of Coster overpowered the Galle Fort and took over the city. As part of the agreement, Trincomalee was returned to the King. When Rajasinghe learned that Coster was reluctant to return more of the conquered land, he had Coster and his seven companions killed near Nilgala on the way back from Kandy to Batticaloa—in August 1640.

The Dutch ruled the maritime areas of Ceylon for the ensuing one and a half centuries until 1796 when it was ceded to the British. Meanwhile it left behind a legacy of Dutch culture including western oriented social customs and a substantial addition of blue eyes and fair skins to the local population mix! Some of the well-known Dutch families who lived within the Galle Fort and who continued to live there well into the British colonial period were the Anthonisz, De Vos, Ephraums, Bogaars, Arndt, Andree, Bartholomeusz, Jansz, Kalé, Ludovici, Colin-Thomé, and Ludowyck families who have all contributed men and women of distinction who served Ceylon admirably in later years

The British conquest of Ceylon occurred during the wars of the French Revolution (1792–1801). When the Netherlands came under French control, the British began to move into Ceylon from India. The Dutch surrendered the island in 1796. The British had thought the conquest would be temporary and administered the island from Chennai (Madras) in southern India. The war with France revealed Ceylon’s strategic value, however, and the British consequently decided to make their hold on the island permanent. In 1802 Ceylon was made a crown colony, and, by the Treaty of Amiens with France, British possession of maritime Ceylon was confirmed. Ceylon continued to be a colony of Great Britain until independence was achieved in 1948 and granted dominion status. In 1972 the island became an independent Republic.

Ever since 1815 when Ceylon came under total British rule, the customs and manners of the British including the widespread use of the English language took a dominant hold of the country. The language of administration, teaching in schools, were in English and social customs took a western oriented dominance. Although such circumstances did suffocate the development of indigenous culture especially the growth of social and religious activities and practices, there were elements of the local population who by reason of association with the British, or through their own entrepreneurial skills reached a level of near parity with the colonialists. Subsequent governmental policies and social pressures over the years have changed the fortunes of this class and are mostly obliterated from the nation’s psyche

It has been said that the legacy of the Portuguese in Ceylon was the baila or kaffringa music, and the Roman Catholic religion, the Dutch left the country a rich legacy of a new ethnic group – the Burghers who during the days of Dutch occupation and later during British rule, dominated the country’s public service administration. As for the British, their legacy was indeed the English language, the judicial and administrative systems, the tea and rubber plantations, and of course the game of cricket.

According to Sri Lanka’s most famous sports journalist the late S.P. Foenander, cricket was played in Galle as early as 1875, the year in which the Galle Cricket Club met a team of military cricketers who were stationed in the Southern Province. It has since been a nursery for fine national cricketers. E.M. Karunaratne a former master at Richmond College, and later one of the best criminal lawyers in the country, was associated with the many outstanding achievements of the Galle Cricket Club up to the mid twentieth century.

A stalwart institution in the South which was established in 1885 was the Galle Gymkhana Club. Its first Secretary was Charles P Hayley co-founder of the firm Hayley and Kenney, and flourishing today as Hayleys PLC Ltd. Initially the Galle Gymkhana Club was limited to European residents, but with the increasing popularity of horse racing, Ceylonese participation was inevitable. The Ceylon Turf Club which was the umbrella organisation which sponsored horse racing throughout the island, had its headquarters at the Colombo racecourse, but the Christmas meet was always at Galle in the Boosa racecourse in Gintota.

Initially the Gymkhana Club had its meet on the Galle esplanade but it was restricted due to inadequacy of land available. The shift to Boosa took place in 1922 with the acquisition of over 70 plots of land from private ownership. The conveyancing and clearing of titles were completed by leading Galle lawyer R.A.H. de Vos. The sweepstakes conducted by the Galle Gymkhana Club shoehorned many an impoverished person into a comfortable existence.

Both Aitken Spence & Co. and today’s Hayleys PLC owe their establishment to Galle; E.G. Spence the founding partner of Aitken Spence and Charles P. Hayley having established their companies originally in Galle. Walker Sons & Co. had its branch in Galle. Another leading firm based in Galle was E. Coates & Co., which did not venture out beyond the Southern City. Arthur Ephraums who founded the departmental store A.R. Ephraums Cooperative Co. Ltd., Galle, was based in the Galle Fort. Its departments included wines, spirits, cigarettes, groceries, fancy goods, drugs, haberdashery, drugs, patent medicines etc., all provided from its extensive two storied building in the Fort. Arthur Ephraums went on to become a leading hotelier having founded the New Oriental Hotel, in Galle and also owned the Grand Hotel Mount Lavinia, and several restaurants in the Fort in Colombo.

The large tea and rubber plantations of the Southern Province used Galle as its centre of operations and many plantation owners were either based in Galle, or used the city for its commercial operations. Some prominent estate owners from the South include the Amarasuriya family, whose original family home (since gifted to the government) still stands at Unawatuna, the Perera/Abeywardenes of Closenberg, Mudaliyar Gooneratne of Atapattu Walauwa, and many other prominent landowners too numerous to mention here. As for Hotels and hostelry, there were numerous hotels within the Galle Fort and in the Wackwella area catering to tourist arrivals at the time the Galle harbour was the main point of entry into the country. Most of them were located within the Fort and included the Oriental Hotel, the Commercial Hotel, the Old Mansion Hotel, Eglington Hotel, Sea View Hotel, and the Talbot Town Hotel. Most of these hotels had to close down due to lack of tourist arrivals after the opening of the South West Breakwater in the Colombo Harbour in 1870.

The railway to Galle was established in 1894. The southern city was till then, only accessible from Colombo by the Galle Royal Mail Coach, which carried mail and passengers from and to Colombo. There were four rivers to be crossed all by Ferry at Gintota, Bentota, Kalutara and Panadura. Life in the 19th and early 20th Century Galle was slow paced, peaceful, and pleasant. Socially the city was stratified by class, caste, and skin colour, which all combined to form a ‘revolution of rising expectations’ to hit the whole country in the 1950s. Although this writer is tempted to use the much-hackneyed phrase “the rest is history”, he would urge readers to have an in depth and detailed account of Galle as it stood from the encyclopaedic work of Norah Roberts in “Galle, as quiet as asleep” – first published in 1993, and revised in 2005.