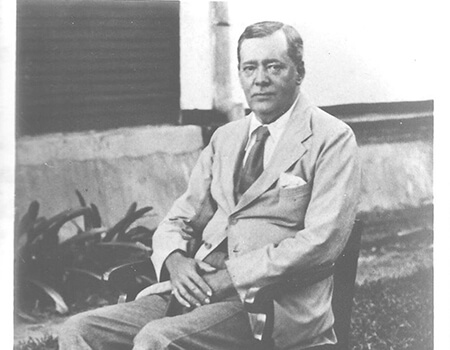 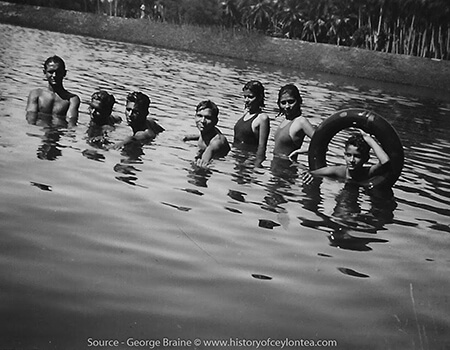 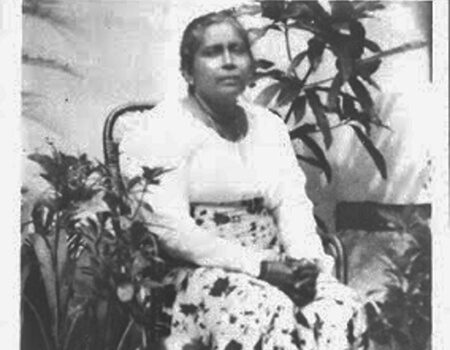 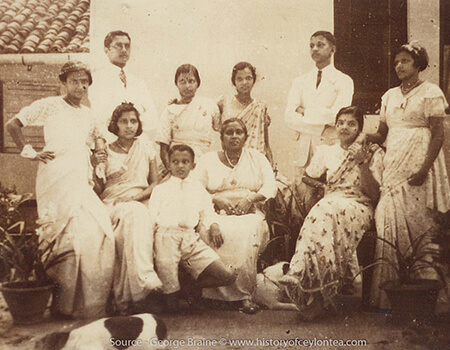 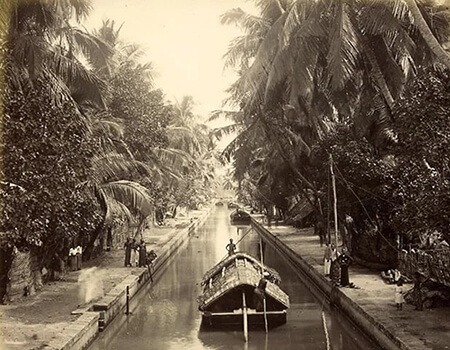 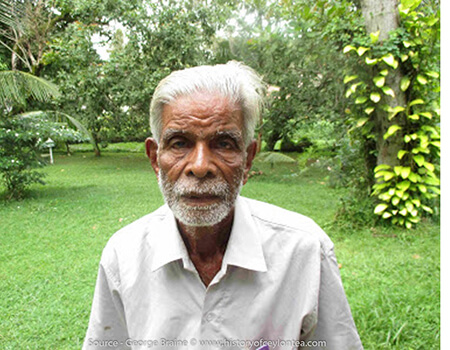 Charles Stanley was born in Ceylon on 25 December 1874. He was the eldest son of Charles Frederick Braine and Adeline Mary Becher, who had married in London earlier that year.

Like his father, uncles, and grandfather, Charles Stanley took to planting, starting at East Holyrood Estate, Talawakelle, in 1898. After six years at this tea plantation, he moved to Mawatte Estate, a coconut plantation in the hot and humid north western province, in 1904. The reason for his move from the lush and salubrious hill country to the hot and humid NWP is not known. In fact, his father Charles Frederick had made a similar move from Dickoya to Kurunegala, which ended in a premature death from malaria.

After switching to nearby Yakwila Estate for brief periods, he finally returned to Mawatte Estate in 1914, and continued there for 30 more years. Though coconut plantations, Mawatte and Yakwila were owned by Ceylon Tea Plantations Co. Ltd. As on tea and rubber plantations, most workers on these coconut estates were Tamils who had been brought from South India. Hence, Tamil was the lingua franca.

About 550 acres in extent, Mawatte Estate also had a fiber mill, a copra kiln, a large office, a spacious bungalow for the manager, quarters for staff members and line rooms for the workers, and a network of gravel roads. The estate owned two barges (called “padda boats”) to transport copra to Colombo. The barges were moored on the nearby Hamilton Canal, and double-bullock carts transported the copra from the estate to the barges, which took 10 hours to reach Colombo. On the return journey, they brought groceries for the estate workers

Perhaps around 1907, Charles Stanley, who was unmarried, began a liaison with a Sinhalese worker at the estate’s fiber mill, named Engracia Nonis. She was a resident of Boralessa village, only a couple of miles from Mawatte Estate. They came from very different backgrounds, he from a line of English planters, who as the colonial rulers of Ceylon had immense power and influence, and she from a poor family. She did not speak English, and he did not speak Sinhala. They spoke to each other in Tamil.

Such liaisons were not uncommon, especially on lonely hill country estates. Because they were taboo and frowned upon by other Europeans, they were carried on surreptitiously, and the women and the resulting children were not always acknowledged. Charles Stanley’s liaison was no secret, because he invited Engracia to reside in his bungalow, and when the children began to arrive, accepted paternity. But, his widowed mother was living in Ceylon, at Nuwara Eliya, and his siblings were also in Ceylon. We do not know how his family reacted to Charles Stanley’s interracial, common law marriage. Their eldest child Roselind was born in June 1909, and Charles Stanley’s mother left Ceylon two months later.

Charles Stanley and Engracia had nine children, six girls and three boys. The daughters were Roselind, Lucy, Amy, Alice, Katherine, and Bridget. George, Benjamin, and Theobald (Teddy) were the sons.

By all accounts, Charles Stanley was a loving father, affectionate and generous to his large brood. He built a spacious house at Boralessa, named “The Meet”, where Engracia and the children resided most of the time. Engracia had relatives in the village who helped her to bring up the children and manage the household. During school holidays, she and the children stayed at Mawatte Estate.

Engracia and the children were provided with cars at a time when they were a rarity. The first was a limited-edition Galloway, followed by a Morris Isis Six, a 6-cylinder model. They later owned a Hillman Minx, and a smaller Austin 7 (“baby” Austin). Two drivers, Liyander and Marshall, were employed.

Charles Stanley bought a 50-acre property nearby, which he named "Greenwood", for his wife and children. He built a large house, "Stanlodge” at Negombo, the nearest town, so that his children could attend school there. He also bought about 6-acres of land at Boralessa, expanding “The Meet” holding. Most interestingly, he built a pond so that his children and their friends could swim and enjoy themselves. The pond still exists.

For the family perhaps the most memorable time was Christmas, because it was also Charles Stanley’s birthday. He would order baskets of flowers and fruits from the hill country where his brother William, Superintendent of Penyland Estate, Dolosbage, lived. M.P. Gomes & Co. of Negombo, the only merchant dealing in foreign groceries in the area, was instructed to give Engracia everything she and the children needed for Christmas. “The Meet” was filled with presents, bon-bons, balloons, and a Christmas tree. After returning from midnight mass, the children would go to Mawatte Estate to wish Charles Stanley a happy birthday.

My father Teddy, the youngest child, fondly recalled life at Mawatte Estate with “daddy”. The bungalow had a lovely garden with flowers and fruit trees. Meals were served at a vast dining hall with a long table, the “Appu” (butler) at hand serving. At night, the bungalow was lit by Petromax and kerosene lamps, there being no electricity at the time. There was no radio either, and music was played on the gramophone. On warm days, during meals, the Appu would stand at the end of the dining hall and pull a rope which was connected to a large canvas cloth (“punkah”) hung above the table to cool the diners.

Though an Anglican, Charles Stanley associated with the local Catholic clergy and was a benefactor, mainly because Engracia was a devout Catholic. All the children were baptized Catholics. As the family grew, much pressure was brought upon Charles Stanley by Catholic clergy to formalize their relationship. Perhaps due to the influence of other British planters, and also of his family, he dithered. He eventually relented, and Charles Stanley and Engracia were married at a Catholic church on 24 May 1924. Both attesting witnesses were Catholic nuns, which is telling: Sr. Mary of St. Solange and Sr. Mary of St. Antony.

Shipping records show that, over the years, Charles Stanley took a number of trips to the UK. He traveled alone.

For his travels around the Mawatte Estate, Charles Stanley used a single-bullock drawn cart called a hackery. These carts were fast on short trips. Going downhill one day, the bull panicked, the carter lost control, and the hackery overturned. Charles Stanley was thrown some distance and suffered serious injury.

After hospitalization, he chose Negombo, a seaside town, for his recuperation. Although he owned a house (“Stanlodge”) close to the beach, he chose to stay with a Mr. Grenier who ran a boardinghouse for the English. “Stanlodge” was already occupied by some of his children. Three of his daughters and a son were married by then.

This was wartime, and British troops were stationed in Negombo, so Charles Stanley had opportunities for interactions with his countrymen. My father Teddy who was schooling at Negombo recalled cycling over to visit his father.

Charles Stanley’s last days were spent in a wheelchair, and he passed away on February 11, 1944. Contemplating his end, he wrote to daughter Alice, saying “I hate the sight of people in black” and asking his family to dress in white at his “simple, no flowers” funeral.

His end was not peaceful (but that is another story), and he was buried at the Anglican section of Negombo’s general cemetery. Charles Stanley was 70 years old.

Engracia lived on for 32 years. She was sweet and affectionate and, when prompted, talked about her husband. As a fifth generation Braine, I have a home, “Pondside”, at Boralessa. Grandmother Engracia’s relatives, the Nonises, can still be found in the village. I see them every day when I am in Sri Lanka.

A few years ago, I was told about an elderly man who lived at Mawatte Estate, who still remembered Charles Stanley, a full 70 years after the latter had passed away.

Sinnaiah was 90 when we met five years ago. He had grown up on Mawatte Estate, privileged because his father was the head “Kangany” (field supervisor). Sinnaiah says Charles Stanley took a liking to him, allowed him to hang around the estate bungalow, and occasionally took him on short journeys. He had been to “Stanlodge”, “Greenwood”, and “The Meet” many times.

Sinnaiah also recalls the morning routine on the estate. The workers would line up outside the office early morning for the roster, when their attendance was recorded and were allocated to various tasks on the estate. The fiber mill had its own workers. Coconuts were husked, split in two before being sun dried and smoked in the copra kiln. The children gorged on “pelapihi”, the snow-white sweet pulp within sprouting coconuts.

Once a week, Charles Stanley took the train to Colombo to bring money to pay the workers. On Saturday, at noon, the workers lined-up at the office. The salaries were paid in gold coins, known as “sovereigns” (worth about Rs. 12/ at that time) and silver coins. The coins were counted and arranged in stacks on a table in the office. When their names were called, the workers had to sign a “pay sheet” before collecting their salary. Many workers were illiterate and placed their thumbmark on the pay sheet instead of a signature

Sinnaiah’s father, the field supervisor, had told him how Charles Stanley and Engracia met. He had seen her at the fiber mill on the estate and arranged for her to move into his bungalow, with her own room and a servant to take care of her!

The bungalow was large, with a wide verandah, and hanging lamps in every room. Charles Stanley loved his bath, so water had to be heated and the bathtub filled manually. He loved dogs, and always had fox terriers. English planters from nearby estates would visit and stay for drinks and dinner, and the sound of laughter could be heard late into the night.

Charles Stanley was a benevolent manager. Sinnaiah says he had a “big heart” and looked into the welfare of his workers. He provided free lunch to all the children on the estate, and when workers were ill, contacted the nearby hospital to follow-up on their care.

Charles Stanley was the son and grandson of planters. Planting, and the management of a large work force, ran in his blood. He was beloved by his workers.

Nearly 80 years after his death, “Stanlodge”, “Greenwood”, and “The Meet” are no more. Mawatte Estate, plundered by employees and politicians, partially divided among the landless, is barely half its original size. The large bungalow has been demolished, and replaced by a shabby, smaller one. The fiber mill is gone.

Charles Stanley Braine was my grandfather.