A Planter’s Dream or Folly 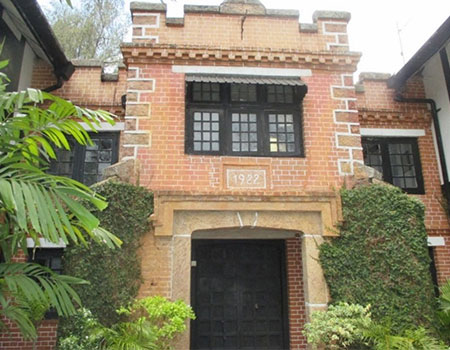 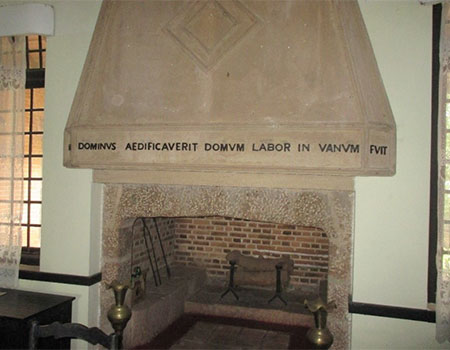 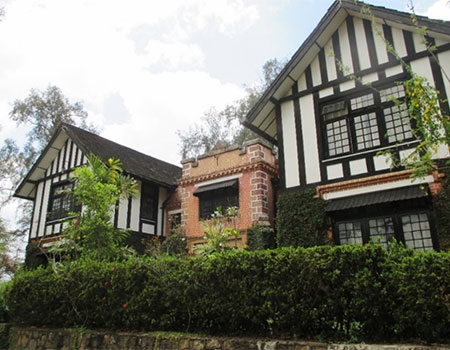 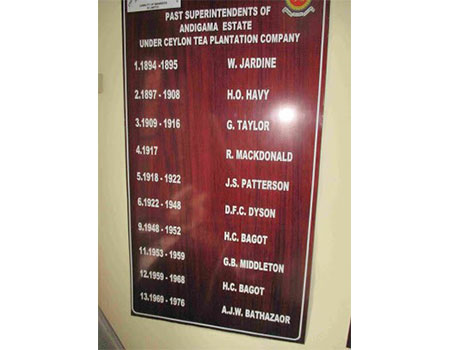 In tracing our family tree in Ceylon, my sister and I visited Yakwila Estate, near Pannala in the NWP, where my English grandfather Charles Stanley Braine served as manager in the early 1900s. There, we were told about a fascinating bungalow at nearby Andigama Estate.

The Yakwila managers did not have the vocabulary (in Sinhala) to describe the bungalow, nor did they have any photos to show us, even on a website. But they insisted it was a “must see”. We did not know what to expect.

At Andigama, up a winding drive, we came upon a sight that blew us away. Here, in all its splendor, was an English manor house, in a mix of Georgian and half-timber style, the latter seen all over Europe. The year of completion, carved over the front entrance, was 1922.

Upon entering, we were amazed to see a huge fireplace, designed for wood burning, in English style. Carved on it was a Latin sentence, “Dominiva Aedificaverit Domvm Labor in Vanum Fvit”, which Google translated as "Unless the Lord has built the house, those building it have worked in vain" From Psalms 127:1.

The bungalow, large and two storied, was endowed with a narrow tower, a winding staircase, a shingled roof, and climbing ivy. A yellowed newspaper page, source unknown, had been framed and hung near the entrance. The print was not clear, but it stated that the bungalow was completed by D.F.C. Dyson, who had arrived in 1922, and stayed on for 26 years. Apparently, the Ceylon Tea Plantations Company, which owned Andigama Estate, ran out of patience with the duration and cost of construction, and Mr. Dyson had to complete the bungalow at his own expense.

The manager told us that, when a destructive cyclone blew through the area in 1967, Mr. Dyson had called from the UK inquiring if the bungalow was damaged.

English planters, nostalgic for home, built English style bungalows, picturesque chapels, and clubhouses in the cool upcountry areas, where tea is grown. But, Andigama is stretching this nostalgia to the extreme, because it’s a coconut estate not far from the coast. On the day my sister and I visited, the outside temperature at Andigama was 36 centigrade.