Who took tea plantations to the brink of collapse? 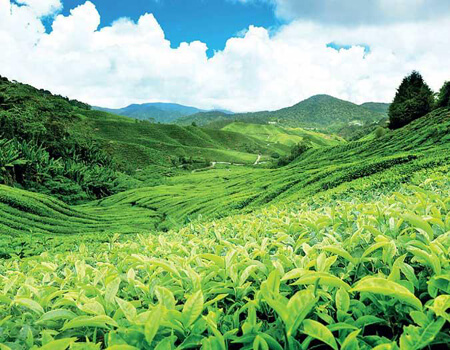 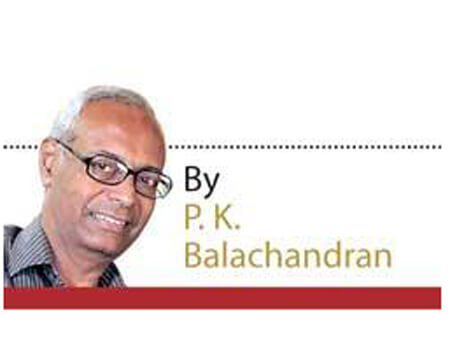 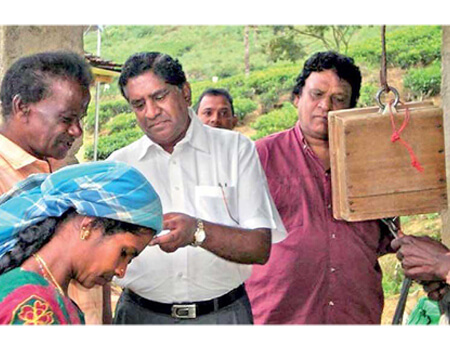 Yogarajan, who cut his teeth in trade unionism and politics under the redoubtable Soumyamoorthy Thondaman, was commenting on the Regional Plantation Companies’ (RPC’s) prediction that the tea industry would collapse due to the Rs.1000 daily wage proposed by the trade unions for the past several years and which has finally been approved by the Lankan cabinet at the suggestion of President Gotabaya Rajapaksa.

“The industry is anyway destined to collapse in a few years, but it will not be because of the workers’ wage increase but due to the RPC’s trying to make money with minimum inputs, totally neglecting the interest of the estates,” Yogarajan told this writer.

He pointed out that unlike the small tea garden holders particularly in South Sri Lanka, who have replanted and maintained their estates in prime condition, the RPCs have not.

“The workers are always willing to bring in the crop. They do not leave any tender leaf un-plucked and deliberately bring in less. In the small holdings in the South, the workers pluck 24 to 26 kg per day as the norm, whereas in the upcountry in the RPCs, it is 16 to 18 kg. This is only because there is no flush in the RPC-held big estates,” Yogarajan said.

He recalled the words of wisdom uttered by a captain of the tea industry, Mahendra Amarasuriya, in a speech he delivered at the Planters’ Association in 2012. Amarasuriya said: “Regarding human productivity there are many challenges. Firstly, until the crop yields are increased one cannot expect workers to harvest more than what is potentially available in the fields. The logical means of increasing productivity of plantations is replanting in both Tea and Rubber.”

Hence the whole blame for the deterioration of the tea industry has to be placed at the door of the RPCs, Yogarajan underlined.

“The RPCs, which cover a sprawling 5000 to 7000 hectares, were sold to private companies by the government in 1992-93 for a mere Rs.100 million in the hope that the companies (mostly in trade) would invest in replanting and development. But the companies have merely taken the crop with minimum input and sold for profits. In addition they have also exploited the timber and scrap for cash flow,” he charged.

Consultant R.K. Nathaniel writing in a leading newspaper on January 26, 2005, had said that a survey conducted by the Tea Research Institute (TRI) in 2003, ten years after the plantations were privatized, showed that only 0.7% had been replanted by the RPCs.

The pace of replanting in the past decade, was the greatest in the low country, at 0.98% per year of the total tea extent; followed by high country at 0.81%, mid-country at 0.49%, and was the lowest in the Uva region at 0.44%,Nathaniel said, and added that it is adequately documented and commonly accepted that if the industry is to keep pace with the rate of ageing, and decline in the productivity of the older seedling tea, then re-planting should proceed at a minimum of 2% per annum of the total extent of tea. This is based on the premise that replacement of the tea stock should take place every 50 years.

According to Yogarajan, if the RPC’s had maintained the 2% replanting rate during the 27 years that they managed the estates, 50% of the tea would have been replanted by now. The yield would have increased and the workers could have been more productive like in the South.

Nathaniel said that in 2005, the total land area covered by the 304 tea growing estates was 171,454 hectares, of this 29, 524 hectares was either not cultivated or were put to other use. “A proper evaluation of such land could reveal that an appreciable extent could be identified for appropriate diversification to other environmentally suitable economic pursuits which could generate employment,” he observed.

In his 2012 address to the Planters Association, Mahendra Amarasuriya had suggested the planting of cinnamon, nutmeg, arecanut, oil palm or whatever depending upon the prevailing agro-climatic conditions.

RPCs say that re-planting is expensive. But there are ways to get round this problem. Nathaniel suggested that the government could fund it with the support of an international donor agency till such time as a satisfactory and sustainable Revolving Fund is established by the RPCs themselves. The amount drawn from the Revolving Fund could be paid back, interest free, into the fund after a period of say four years so that the fund is regularly replenished, he said.

In 2012, Amarasuriya told the Planters’ Association that cultivable land not used by an RPC could be given to the workers on a contractual basis to plant tea with the facilitation of the company concerned. Since the worker has at least a partial hold on the land, he will look after it and the crop which he grows. He will also replant on time and keep his livelihood sustained over time. Migration from the tea plantations to the urban areas for work with better pay will come down and the danger of a labour shortage in the plantations will be staved off.
However, there is a catch in this. Amarasuriya warned that this scheme could run into a political storm given the reluctance of the Sri Lankan political system to give land to the estate workers even on a time-bound contractual basis. The trade unions too could resist because workers would become cultivators and loosen their links with the unions in the process.

Developing on Amarasuriya’s proposal, R.Yogarajan said that unused estate land could be given to the worker on a contract for a fixed period and on the condition that the worker supplies tea leaves only to the company from which he had taken the land on contract.

“This will not amount to handing over ownership of the land to the workers. At any rate the ownership will lie ultimately with the government as the RPCs themselves are holding their estates on a lease from the government,” Yogarajan pointed out.

With growing, plucking and replanting being done by the workers in their allotted small plots, the RPCs’ expenditure on these works and labour will come down, he added. Yogarajan is hoping to taking up his proposal with the highest echelons of the Gotabaya-Mahinda Rajapaksa government at the earliest.

The RPC’s have for long advocated a productivity-based wage structure. But fixing it assumes uniformity in the plantations, Yogarajan pointed out. “Apart from the wage, all other parameters will have to be equal for a uniform payment system to work. But conditions vary from estate field to estate field, due to the age of the bushes or trees and other agricultural inputs and practices. Under this circumstance, it is not possible to fix an all-industry productivity norm. It may be feasible in an industry where conditions are controllable,” he said.

The late Dr. N.Yogaratnam, a plantations expert, had written that there is academic evidence that performance-related pay does not work when it is applied to any work involving “cognitive rather than physical skill.”

“Research has repeatedly demonstrated that when the task is mechanical and purely physical, performance-related pay works. However, once even rudimentary cognitive skills are required, it does not work and actually leads to frustration and poor performance. Tea plucking is not entirely mechanical. It requires cognitive skills,” Yogaratnam said.