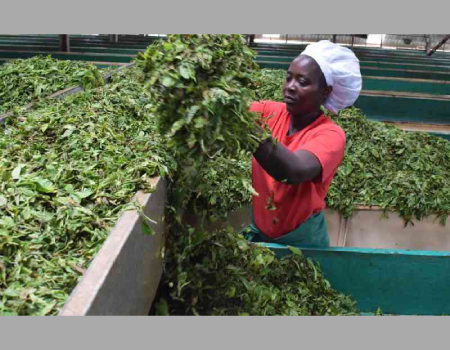 The bulk of China’s tea for exports is green tea. With 30 per cent of the global tea trade, Kenya is the leader in the export of bulk black tea, followed closely by Sri Lanka with a trading volume of 20 per cent and India taking a 15 per cent share of the global black tea trade.

The competitiveness of Kenya’s tea industry is critical to the country’s economy, contributing to political, economic, and social stability by providing a livelihood for many rural dwellers, especially women, as well foreign exchange earnings.