US sanctions on Iran-- More economic issues to SL: PM

Sri Lanka might face more economic issues when the US sanctions on Iran comes to be effective in November this year as Sri Lanka’s tea exports to that country may become vulnerable, Prime Minister Ranil Wickremeisnghe said over the weekend. 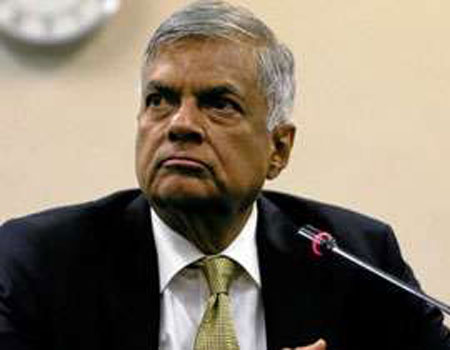 The Prime Minister said this during the opening of Wanathawilluwa Police Station in Puttalam on Saturday.

“We will have to be vigilant in November this year as the US economic sanctions on Iran is going to be effective then. We will have to see what steps we should take then. It is not clear whether we will be able to export tea to USA,” the Prime Minister said.

“Sri Lanka is facing double trouble as a result of the global economic crisis because of its debt services. We will have to pay $ 3000 million this year and $ 4000 million in 2019. Sri Lanka went into for borrowings in 2008 instead of going for foreign investments. These were proposed by former Central Bank Governor. I warned the previous government several times. However, they said US economy will never come up. Government revenue was hardly sufficient to settle the debts" the Prime Minister said.

He said that the previous government was trying to control the rupee but was not successful and it decided to go for elections. "We inherited this debt. We managed to bring the economy to a position where we could settle the debt but we then faced natural disasters. Government was compelled to increase VAT. We were heavily criticized. This is natural. Then we got caught to the global economic crisis,” he added.

He said the government has decided to curtail imports as other affected countries have done. “We will curtail our imports as of now but will have to take more steps later. We cannot spend the time criticizing the previous regime. I can criticize the previous regime continuously for 24 hours if the economic crisis can be resolved by doing that. However, the economic crisis cannot be resolved by criticizing the last government. We have to take steps,” he said while stating that Finance Minister and the government top brass will inform the people on what steps would be taken to resolve the crisis,” he said in this regard.

State Minister Palitha Range Bandara who also spoke related how he was politically victimized when serving in the police. He recalled how he had to file action against the then Deputy Minister of Defence Anuruddha Ratwatte. This case he said is now referred to in the training course designed for police officers. Also he said the government should mete out justice to the people in Anamaduwa which was subjected to several attacks by the LTTE during the war. (Yohan Perera and Hiran Priyangkara Jayasinghe)