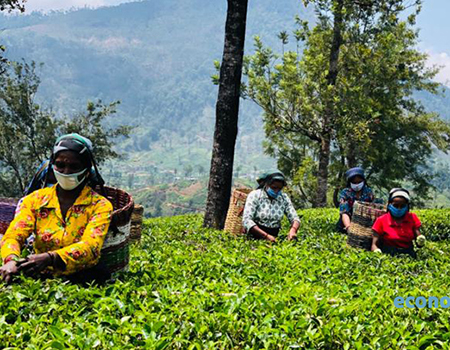 ECONOMYNEXT – United Nations Special Rapporteur on contemporary forms of slavery Tomoya Obokata will be in Sri Lanka on a seven-day visit to examine labour conditions in various sectors and industries including apparel, tea plantations, tourism, and domestic work.

The Special Rapporteur also intends to assess the implementation of laws and policies and systemic barriers that hamper access to decent work, including for migrant workers in Sri Lanka, the UN said in a statement.

Obokata will assess the government’s commitment and its measures to eradicate forced labour, end modern slavery and human trafficking and secure the prohibition and elimination of the worst forms of child labour, including recruitment and use of child soldiers, and by 2025 end child labour in all its forms to achieve Sustainable Development Goals.

“I am particularly interested in assessing to what extent progress has already been achieved in this regard, which shortcomings may persist and through which measures they can be addressed,” Obokata was quoted as saying in the statement.

“I look forward to fruitful, substantive discussions on issues related to contemporary forms of slavery with representatives from all branches of the State, representatives of trade unions and civil society actors,” he said.

The move comes as Sri Lanka faces the prospect of losing access to the Generalised Scheme of Preferences plus (GSP+), a lucrative trade concession worth over 500 million US dollars from the European Union, next April due to the island nation’s failure to fulfil some of the 27 international conventions it had agreed to with the EU.

The EU’s special incentive arrangement for sustainable development and good governance also involves issues of human rights which President Gotabaya Rakalaksa’s government has been asked to address by both the EU and the United Nations Human Rights Council (UNHRC).

The government, which had earlier vehemently refused to heed the EU’s and UN’s calls, has now slowly started to address some of their concerns as the 81 billion US dollar economy faces an unprecedented debt and foreign exchange crisis.

The government has also started to engage with many Western nations following its repeated reluctance to build stronger tie, charging that Western nations have been backing an agenda to divide the country.

The Special Rapporteur will present a comprehensive report on his visit from November 26-December 3 at the 51st session of the UNHRC to be held in September 2022. (Colombo/Nov24/2021)