Is green better for you than black? Does it contain caffeine? Can it help ward off disease? Nutritionist Jo Lewin examines the dietary benefits of green tea. 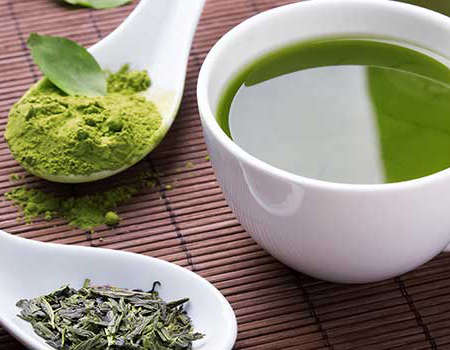 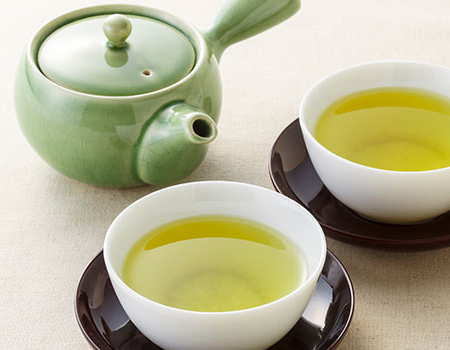 All types of tea, even your regular cup of builder's, come from the Camellia sinensis plant. Green tea gets its name from the emerald green colour created when brewing unprocessed, unfermented tea leaves. With origins going back as far as 5,000 years, green tea is commonly drunk and widely grown in the Far East where the health properties are well regarded.

The difference between green and black tea results from the manufacturing process. Black tea undergoes fermentation which transforms its colour and flavour, whereas green tea remains unprocessed and retains its colour. Green tea is grown in higher altitudes, more specifically the mountainous regions of East Asia. Some green tea is still picked by hand, and it is thought that handpicked teas are less bitter and yield a sweeter, more robust taste. Other factors such as the climate and soil can also affect the flavour.

Sencha is the most popular of Japan’s green teas. There are numerous grades which can affect the price and quality. Sencha leaves are first steamed and then shaped. Sencha tea produces a clear yellow/green tea with a sweet, grassy but slightly astringent flavour.

Matcha is made from green tea leaves grown in the shade. The leaves have a higher chlorophyll content which makes them a vibrant green colour. To make matcha, the entire leaf is ground down into a powder. The powder is mixed with boiling water and gently whisked before being served. The flavour is light and sweet and so is now added to desserts and sweet drinks.

Green tea can be found as fresh leaves or in tea bags, frequently blended with other flavours such as lemon, lime or ginger.

When buying tea leaves, avoid older leaves. This is the same principle as with coffee beans. Allegedly, whole leaves are the highest grade and leaves that are older than four months are past their level of peak freshness. Once purchased and opened, keep leaves in an airtight container that can be resealed and store in a cool place to help slow down the reactions that can reduce the tea's phytonutrient content and impact on flavour.

There are many health claims surrounding green tea from a reduced risk of cancer to weight loss. The evidence to support these claims is largely inconclusive. Some of the health claims are based on ancient Eastern traditions, where green tea has been used to treat symptoms of disease for years. Because of the proposed benefits, many ‘health’ products now include traces of green tea. However, there is limited evidence to suggest these products are effective. If you are hoping to use green tea for medicinal purposes, make sure to consult your doctor first.

Green tea does have more health benefits than black tea which can be attributed to its lack of processing. Green tea is higher in protective polyphenols. The major polyphenols in green tea are flavonoids, the most active of which are catechins and epigallocatechin gallate (EGCG) which function as powerful antioxidants. Antioxidants are known to protect the body against disease and are an important part of a healthy diet. Antioxidants can be found in a range of fruits, vegetables and other unprocessed foods. As part of a balanced diet, green tea can be a good source of antioxidants.

How much caffeine does green tea contain?

Green tea does contain caffeine, although varieties and brands may differ. An equal quantity of green tea contains less caffeine than coffee (one cup of green tea contains approximately 35-80 mg compared to approximately 100-400 mg in the same size cup of coffee), but it can still act as a stimulant. As a result, some people find that drinking green tea increases energy levels, concentration and mood, but this effect may vary between individuals.

If you are sensitive to caffeine, it is advisable to limit the total number of cups of green tea you drink in a day. Too much caffeine can disrupt sleep patterns. If this affects you, try cutting back on caffeinated drinks after lunchtime.

Like all types of tea, green tea contains tannins. Tannins can interfere with the absorption of iron so try not to drink tea with an iron-rich meal and leave at least one hour before drinking tea after an iron-rich meal.