The health benefits of 4 popular teas 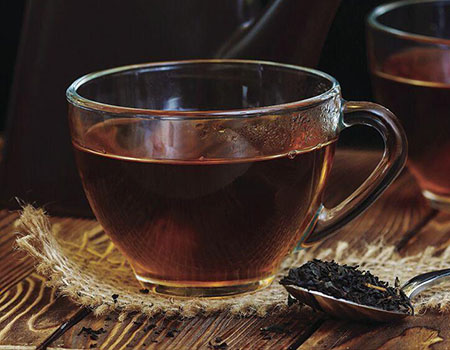 When in need of a beverage to warm them up, billions of people across the globe routinely look to tea. That choice has been made since ancient times, as various historians trace the habitual consumption of tea to ancient China.

Anything that has survived since ancient times no doubt has some good qualities, and tea is no exception. According to Penn Medicine, various types of tea each provide their own unique health benefits, some of which may surprise even the most devoted tea drinkers.

1. White tea: A 2010 study published in the Journal of Food Science found that antioxidant-rich white tea boasts anti-carcinogenic properties. Penn Medicine also notes that white tea is a significant source of fluoride, catechins and tannins, ingredients that can strengthen teeth, improve their resistance to acid and sugar and fight plaque.

2. Chamomile tea: Many people like drinking this herbal tea before bedtime because they feel it helps them fall asleep, and one study published in Molecular Medicine Reports in 2010 notes that chamomile tea is widely regarded as a mild tranquilizer and sleep-inducer. Chamomile tea also has been shown to improve heart health. A 2015 study of 64 patients with diabetes published in the Journal of Endocrinological Investigation found that those who consumed chamomile tea with meals had improved triglyceride and “bad” cholesterol levels compared to patients who drank water.

3. Peppermint tea: The Mount Sinai Health System notes that peppermint calms the muscles of the stomach and improves the flow of bile. Made from dried leaves of the peppermint plant, peppermint tea can help to soothe an upset stomach and help people overcome conditions like constipation, irritable bowel syndrome and motion sickness.

4. Green tea: Green tea is loaded with flavonoid, which Penn Medicine notes improve heart health by lowering bad cholesterol and reducing blood clotting. In addition, the National Cancer Institute notes that the polyphenols in green tea may protect people against the damage caused by exposure to ultraviolet B radiation. One study published in Stroke: Journal of the American Heart Association also associated green tea consumption with a reduced risk of stroke.

Tea has been consumed for millennia. Though many people drink tea simply for its taste, those same people may drink even more after learning about the effects this beloved beverage can have on their overall health.