The Best-Kept Secrets In Sri Lanka 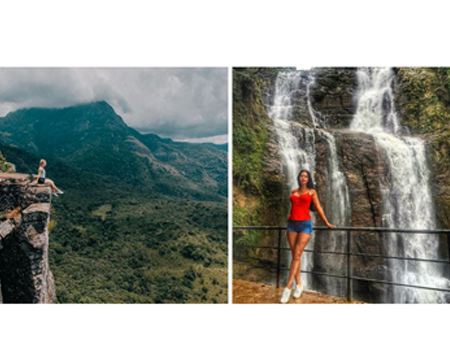 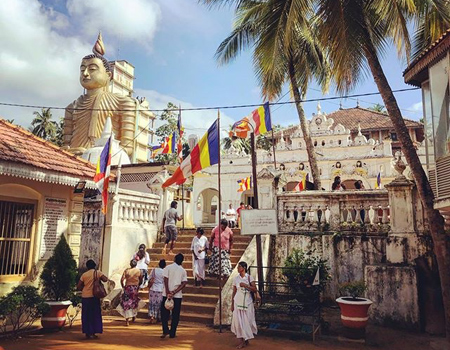 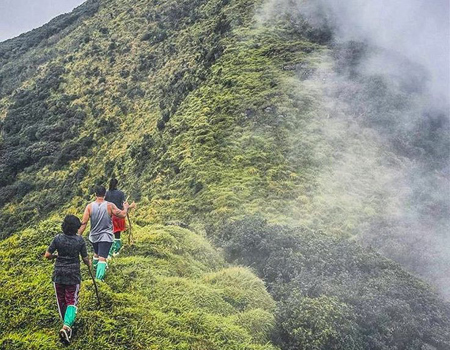 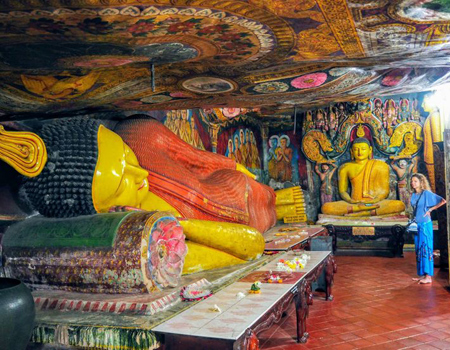 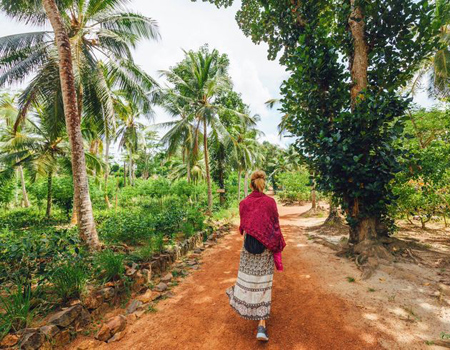 Home to green valleys of flourishing vegetation, a landscape dotted with ancient landmarks, and some of the friendliest people on the planet, Sri Lanka is the jewel of the Indian Ocean. Between the well-known tea plantations, national parks, and ancient ruins lie a few hidden gems that are slightly off the beaten path that most travelers take. Despite their low numbers of tourists, they are worth visiting. Keep reading to find out about the best-kept secrets in Sri Lanka.

You’ll find religious landmarks throughout Sri Lanka, but one of the most memorable is the Buddhist temple of Wewurukannala Vihara. It is located in the city of Dikwella, which lies just to the northeast of Colombo. If you happen to find yourself in that area of the country, it is worth checking out!

The temple is home to a large statue of Buddha, which is the most photographed element of the site. You’ll also find a selection of sculptures that symbolize the underworld. The statue of Buddha is the highest of its kind in Sri Lanka. The oldest part of the temple has been standing since the 18th century.

What really draws in tourists is the so-called Tunnel of Hell, where you’ll see figurines of people that appear to be suffering in the afterlife. It definitely makes for an eye-opening experience!

THE TWISTING TRAILS OF THE KNUCKLES RANGE

Aside from the abundance of man-made landmarks that are worth seeing in Sri Lanka, the country is also home to a vast landscape filled with stunning natural sights. One of the best (and lesser-known) places to go if you’re a nature enthusiast is the Knuckles Range.

The rugged mountains that are located to the east of Kandy give the illusion of total privacy. Their sense of remoteness and peace will allow you to practice being mindful and taking in the beautiful surroundings. Despite being a UNESCO World Heritage Site, the range is still a hidden gem as far as most travelers to Sri Lanka are concerned.

Along the trails, you’ll have the chance to spot native wildlife, including purple-faced langur monkeys and giant squirrels, as well as several species of birdlife. It is said that there are also leopards living in the mountains, though they rarely come out.

THE FORMER ROYAL CITY OF YAPAHUWA

The former royal city of Yapahuwa is considered one part of the Cultural Triangle of Sri Lanka. The major attraction of the site is the stone staircase that is so steep it is almost vertical. At the top of the stairs, there was once a royal palace and temple, though little remains of those buildings today. But you can still see the fierce lions that guard the staircase, as well as the decorative murals of dancers.

While there is no longer a royal palace and temple at the summit, visitors are still rewarded with sweeping views over the plains below. Although this site offers such a remarkable experience, it is still relatively unknown amongst tourists.

Yapahuwa was a royal residence back in the 13thcentury. Following the death of King Bhuvenakabahu in 1284, the city was captured by the Pandyans of South India and then later abandoned.

THE MYSTERIOUS CAVERNS OF ALUVIHARA

The gargantuan statue of Buddha at the temple of Dikwella isn’t the only one worth adding to your bucket list in Sri Lanka. There is also the reclining statue that lies in the Aluvihara Rock Cave Temple. The caverns of the temple are decorated in inscriptions dating back centuries and intricate paintings.

The site is also of great significance to those of the Buddhist faith, as the oral teachings of the Buddha, called the Tripitaka, were written down for the first time in this temple. The event took place in the third century.

Constricted pathways and flights of bumpy steps await you in this series of caverns, but it’s well worth it. The terrace of the temple boasts spectacular views of the Sri Lankan countryside for when you need a change of scenery.

THE HANDUNUGODA TEA ESTATE, HOME OF THE WORLD’S HEALTHIEST TEA

Sri Lanka is known for its tea plantations, but one of the least-visited is the Handunugoda Tea Estate situated on the coast. It is the only estate in the country to produce virgin white tea, which is unique to the island of Sri Lanka.

Virgin white tea is said to be the healthiest tea in the world thanks to its vast amount of antioxidants. Travelers are able to take tours of the plantation, where they’ll witness production methods that are steeped in ancient Chinese tradition.

As The Culture Trip points out, the best part of the Handunugoda Tea Estate tour is that you’ll get the chance to sample the best tea on offer.