Home>Publications & Articles>Articles>Media Articles>10 Health Benefits of Green Tea, According to a Nutritionist

10 Health Benefits of Green Tea, According to a Nutritionist 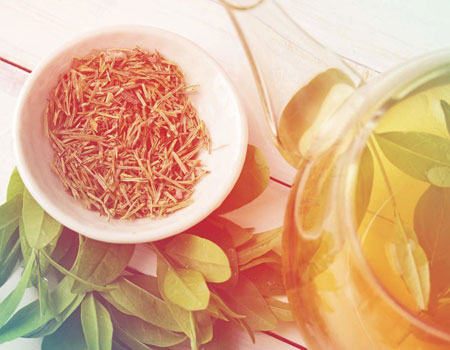 Green tea enjoys a well deserved health halo. One of the healthiest beverages on the planet, green tea leaves can be steeped to make tea, or sipped whole (in the form of matcha powder). Both the leaves and the tea itself can also be incorporated into cooking. Here’s a summary of 10 green tea benefits, as well as simple ways to include this wonder plant into your daily routine.

Green tea is overflowing with antioxidants

Green tea contains polyphenol antioxidants that reduce inflammation in the body, a known trigger of premature aging. These antioxidants also proactively protect cells from damage that can lead to a number of chronic illnesses, making it a superfood that offers a broad range of health protection.

Green tea is known to elicit an alert calm. While it does provide caffeine, green tea also contains an amino acid called L-theanine,which produces a calming effect. The combination of caffeine and L-theanine has also been shown to optimize brain function to enhance working memory, cognitive performance, and elevate mood. Green tea’s ability to counter oxidative stress also makes it a potent protector against neurodegenerative diseases, including Alzheimer’s and Parkinson’s.

In human and animal research, green tea has been shown to rev metabolism and stimulate fat burning. It is also linked to curbing appetite and preventing fat gain by inhibiting a process known as angiogenesis—the formation of new blood vessels—which fat tissue growth depends on.