The JVP in Parliament last week charged that the Tea Promotion Levy fund of the Sri Lanka Tea Board (SLTB) was being used to grantloans to individuals. 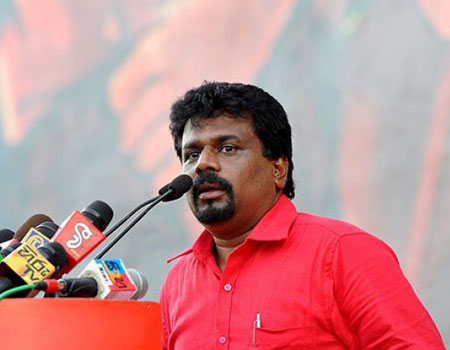 JVP MP Sunil Handunnettisaid that that the fund was being misused to give loans to various wealthy persons.

"The intention of establishing this fund was for promoting the Ceylon Tea brand and developing the industry, but now we find that it is being used to grant loans. These loans are not even being given to the needy but to rich people who have no financial issues. The Minister should rectify this," he said.

MP Handunnetti made this allegation while taking part in Thursday's Second Reading debate on the Sri Lanka Tea Board (Amendment) Bill.

The MP also pointed out that fund received Rs. 3.50 from each kilogramme of tea and demanded to know what sort of promotion campaigns the SLTB had carried out thus far.

"According to my knowledge, there is at least Rs. 8 billion in this fund, collected from 2010 to this moment. It will receive more money in the future. However, as we all know, the Ceylon Tea brand was damaged in the recent past due to certain issues. We have to accept that. But we did not see any promotional activities being carried out to undo the damage. That is why I am asking this question.

What kind of promotional activities has the SLTB done using this fund? How did you use this fund to promote? To find new markets? And to help those who need help in the industry?” he queried.

Noting that the bill sought to provide for the appointments of a Working Director to the SLTB, the JVP MP urged the Minister to make the right appointment to the post.

Minister of Plantation Industries Navin Dissanayake, also taking part in the debate, said that it was unfair of the JVP to allege that the Government had not developed the industry.

"According to the Bill, this Working Director will have the power to use this fund for the purposes I mentioned above. So far, no sufficient work has done by using this fund to promote the brand and other related purposes. Therefore, I urge the Government to appoint a person who has sufficient qualifications for the post and who genuinely wants to develop the industry."

"We were able to increase tea production and the price of tea per kilogramme in 2015. We all worked together to achieve this target. There were hurdles because the tea fertiliser subsidy was clipped. We suspended glyphosate. These things hindered the industry. But we achieved many targets and it is something you should appreciate."

The Minister then said that he had prevented the Finance Ministry from using money of the Tea Promotion Levy fund.

He then assured the House that there would be no financial influence over the appointment of a Working Director to the SLTB.

"I do not interfere politically when the officials do their duties. Therefore, I can assure you that there will not be any political interference when appointing the Working Director. We hope to appoint someone who is qualified enough and has expert knowledge of the industry."