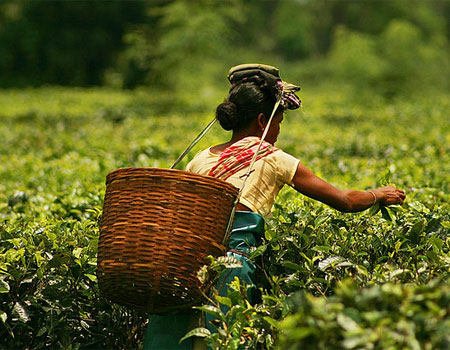 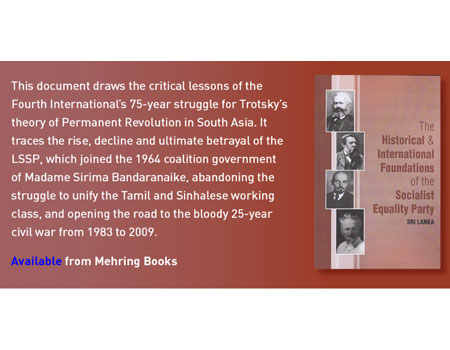 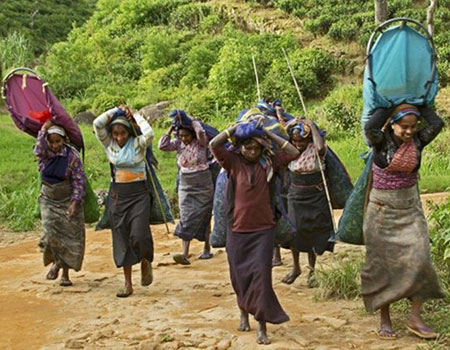 The recent sellout agreement between Sri Lankan plantation unions and employers is part of a ruthless drive by the tea industry to boost profits by driving up productivity and destroying the limited social rights of this highly-exploited section of the international working class.

The current assault is in response to a global downturn in the industry and the impact of US-led economic sanctions on major tea purchasing countries, such as Iran and Russia.

India, Kenya and Sri Lanka, whose tea plantations were developed by British colonialists in the 19th century, are the largest tea exporters in the world.

India’s tea industry is the country’s biggest private sector employer, directly employing around one million workers and 10 million indirectly. While the northeastern India state of Assam accounts for one sixth of the world’s tea production, its plantation workers face horrendous, slave-like conditions.

The Global Business of Forced Labour, a 2018 report from the University of Sheffield’s Economic and Social Research Council, officially categorised Assam plantation workers as akin to “forced labour.”

Most plantation workers in Assam are descendants of “Adivasi labourers.” These members of highly-exploited communities were moved to the tea plantations from other parts of India during British colonial rule.

Subjected to ethnic minority status, Adivasi labourers are pushed onto the lowest strata of India’s racial, ethnic and caste-based hierarchies and systematically subjected to underpayment, violent discipline and control, and sub-human living conditions.

Tea plantation workers in the Indian state of Kerala face similar circumstances. Originally from Tamil Nadu, they were transferred to Kerala by the British colonialists.

The report revealed that 47 percent of workers have no access to potable water, 26 percent have no toilets and 24 percent have no regular electricity supplies to their homes. Plantation medical services lack proper medicines and qualified doctors. Patients with illness, other than routine colds or minor issues, are referred to costly outside medical facilities.

The daily wage of Assam plantation workers is around 145 Indian rupees ($US2). More than one third are employed on a casual basis. The daily wage of a Kerala worker is around 312 rupees. The daily tea plucking target in Assam starts at 15 kilograms and goes up to 30; in Kerala it is 21 kilograms and goes up to 27. These targets are enforced by wage deductions and non-payments.

Wages are often illegally cut by plantation owners for services, such as electricity, which are not even supplied, and for other services that are supposed to be free of charge. Wages are so low that workers face massive debts that bind them to employers. In Assam, around 54 percent of plantations workers are in debt and 59 percent have no savings.

In Kenya, tea is the East African nation’s largest industry, with over 330,000 workers involved in cultivation, harvesting and processing. The industry is dominated by multinationals, such as Unilever and James Finlay, along with large local companies.

The True Price of Tea from Kenya, a 2016 report on the industry, revealed poor wages, lack of social and job security, long hours, casualisation and gender discrimination. On smallholder plantations, where family labour was used, 15 percent of the workers were children.

Kenyan plantations lay off their tea factory employees before they complete three months’ work and then rehire them as casuals in order to avoid providing sick pay, maternity leave, annual holidays and pension rights.

Kenyan tea pluckers are employed on a daily basis and work long hours, sometimes up to 74 hours a week. Because they are paid per kilogram, pluckers usually work without breaks and subsist on one meal a day. Injuries, such as fractures, back injuries, major skin burns, exposure to pesticides and insecticides, respiratory and water-borne diseases, are commonplace.

According to The True Price report, the average daily wage of a full-time employee of the plantation sector was around $3.40, or 62 percent of Kenya’s official living wage.

The brutal exploitation of plantation workers in India, Kenya and Sri Lanka is being carried out by major global corporations based in Britain, US, Canada, The Netherlands and India. Three companies—Lipton (Unilever), Tetley (Tata Global Beverages) and Twinings (Associated British Foods)—dominate, setting prices and controlling the world market.

According to A Bitter Cup, a 2010 report by War on Want, a British-based non-government organization, “a tea picker makes just 1p for each £1.60 box of tea bags sold” in supermarkets. The report indicated that while tea producers secured 1 percent of the profits, multinational retailing giants pocketed 53 percent.

Kenyan plantation workers have been fighting for a collective bargaining agreement with tea plantation companies since 2013. But, in every case, the trade unions aid and abet the escalating attacks on estate workers.

In Sri Lanka, officials of the Ceylon Workers Congress (CWC) and the Lanka Jathika Estate Workers Union (LJEWU) are ministers in the United National Party-led government. Their latest agreement was backed also by the National Union of Workers, Up-country People’s Front and the Democratic People’s Front.

The unions dropped the workers’ demand for the doubling of their daily 500-rupee basic wage and agreed to an abysmal 40 percent increase, in exchange for slashing attendance and incentive allowances. This meant that the actual wage increase was just 20 rupees. The unions also pledged to help impose the widely hated “out-grower model,” which transforms the worker into modern-day sharecroppers.

The Indian plantation unions are also playing a treacherous role. Tens of thousands of Assam estate workers have held repeated protests and strikes to demand their daily minimum wage be increased to 350 rupees. The last wage agreement expired in December 2017. Assam estate workers joined the Indian general strike on January 8 and 9 to press for this demand.

The Indian unions, including the Indian National Congress-controlled Assam Chah Mazdoor Sanga and the unions dominated by the two Stalinist Communist parties, have opposed any unified industrial and political action to win workers’ claims.

In Kenya, the plantation companies, backed by court rulings, are demanding that the daily tea-plucking rate be increased from 830 to 1,170 kilos. The Kenya Plantation and Agricultural Workers Union has responded with harmless protests and claims that it will lodge a legal appeal in the UK courts.

Kenyan plantation companies have axed over 40,000 jobs so far this year in response to ongoing drought conditions.

Tea plantation workers can end their brutal exploitation only by breaking from the unions, which function as national-based industrial police forces that defend the profits of the global tea companies. Workers in different countries and regions are pitted against each other and in the name of maintaining “competitiveness” are compelled to sacrifice their wages and conditions in a never-ending race to the bottom.

The basis for any genuine struggle to defend the social rights of plantation workers is internationalism. Workers need to build their own action committees independent of the unions and reach out to their fellow workers nationally and internationally in a unified struggle against the global tea corporations on the basis of a socialist program.