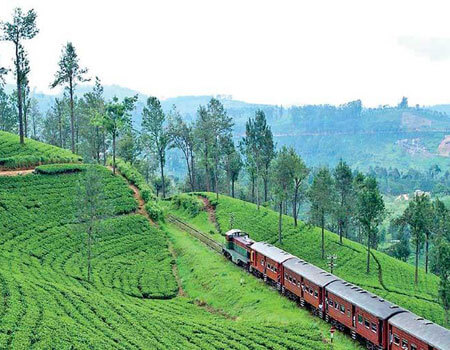 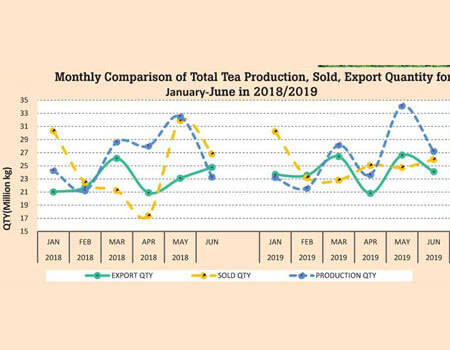 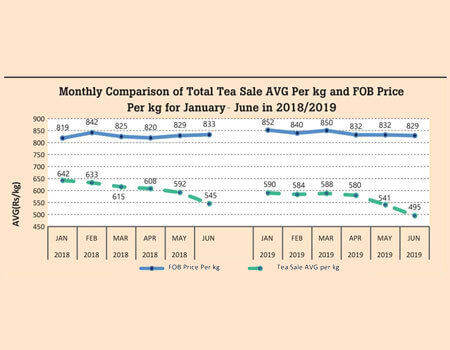 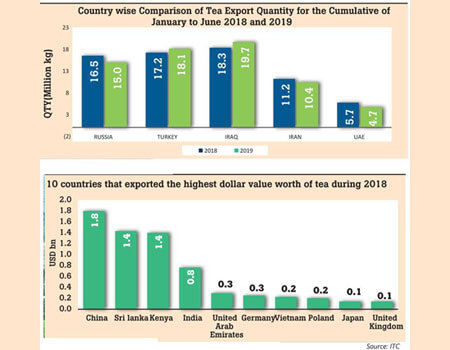 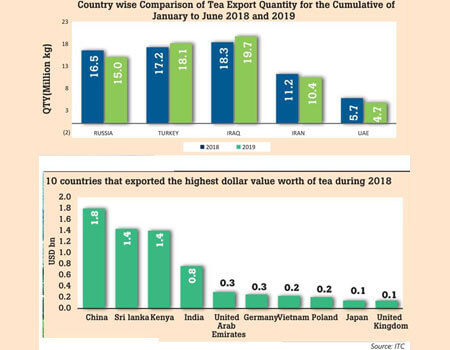 By Ceylon Tea Brokers PLC The second quarter of the Sri Lanka’s tea industry in 2019 saw a sharp decline in elevation averages in comparison to the first quarter.

Increased crop figures and decline in quality, political tension in the Middle East, contributed towards the downward spiral of prices in quarter two. Whilst the global tea supply increased in the first half of 2019, Sri Lankan tea exports increased marginally in comparison to the same period last year.

Iraq, turkey and Russia continued with strong demand for Sri Lankan tea and were the top 03 importers in the first six months concluded.

Global growth remains subdued, the united states further increased tariffs on certain Chinese imports and China retaliated by raising tariffs on a subset of US imports. Global technology supply chains were threatened by prospect of US sanctions, Brexit related uncertainty continued and raising geopolitical tensions roiled energy prices against this backdrop. Global growth is forecasted at 3.2 percent in 2019 picking up 3.5 percent in 2020.

Growth is expected to be 2.6 percent moderating to 1.9 percent in 2020. Domestic demand was somewhat softer than expected and imports weak in part reflecting effects on tariffs.

The forecast for 2019 is 0.5 percent points lower than in April, largely due to downward revision of forecast for Iran (owing to crippling effect of tighter US sanctions). Political instability across other economies added to the difficult outlook for the region.

Activities in CIS are projected to grow at 1.9 percent in 2019, picking up to 2.4 percent in 2020. A downward outlook is reflected on Russia following a weaker first quarter. Downside risks have intensified since April 2019, this includes escalating trade technology tensions, geopolitical tensions and mounting disinflationary pressures that make adverse shocks more persistent.

Global sales from tea exports by country totaled an estimated US $ 7.76 billion in 2018. The value of worldwide tea exports fell by an average -0.5 percent for all exporting countries since 2014 when tea shipments were valued at US $ 7.8 billion. Among continents, Asian countries sold the highest dollar worth of exported tea during 2018 with shipments valued at US $ 4.7 billion or 60 percent of the global total. In the second place were African exporters at 23 percent while 13.2 percent of overall tea shipments originated from Europe.

Major tea producing countries are currently witnessing healthy production levels whilst seasonally prices are expected to move up on short term in the next few months due to anticipated demand from the European sector. US sanctions against Iran, Political instability in the Middle East and Trade Wars could have an adverse effect on the price structure of the tea industry.