Tea Exports To Japan Back To Normal Soon - Tea Board Chief 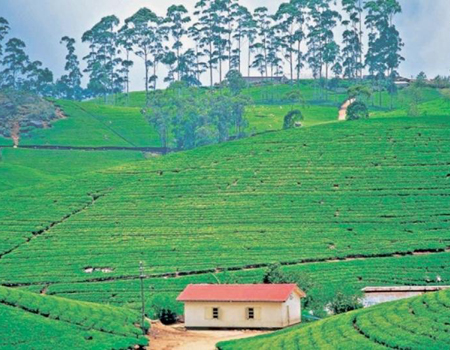 The meeting, Plantation Industries Minister Navin Dissanayake had with Japanese Health Ministry officials with regard to the Maximum Residue Level (MRL) for Sri Lankan tea, was successful and there would be a positive outcome soon, Sri Lanka Tea Board (SLTB) Chairman Lucille Wijewardena told the Sunday Observer.

He said the Japanese officials showed a positive response to the Minister’s request to correct the MRL figures as soon as possible.

“SLTB is confident that matter will be solved soon and exports to Japan would resume as usual,” Wijewardena said.

The Japanese authorities imposed a default maximum residue level of 0.01 last year for MCPA, a chemical used as an alternative to glyphosate in Sri Lanka, as a short term measure, before banning the use of the chemical, and Sri Lanka meets the standard MRL.

Sri Lanka was on the brink of losing its market for high and medium grow teas to Japan which turned down a number of shipments from Sri Lanka to the tune of around Rs. 1 billion within a period of four months this year. However, according to the SLTB chief, the process of reaching the MRL standard would take about two years.

“The lifting of the ban on the use of Glyphosate will be a major boost for tea production this year which would surpass last year’s yield of around 300 million kilograms to reach around 315 million kgs,” Wijewardena said.

The legislation for the lifting of the ban on the weed-killer has been enacted and the Ceylon Petroleum Corporation is being authorised to import and issue the weedicide under controlled amounts.

However, industry experts say the application of glyphosate is only one factor to stimulate production. The weather plays a key role but what is paramount is to expedite re-planting of tea bushes which has been long overdue to achieve high yield and quality.

“Replanting is an absolute necessity for the sustenance of the industry. The industry is not re-planting and infilling vacancies.

Setting up a Fund to promote a maximum of 1,000 hectares per year for a period of four years is in the pipeline. This would give the country an additional of over 20 million kgs of made tea for exports,” Wijewardane said.

He said neither the Regional Plantation Companies (RPCs) nor the smallholders who account of around 75 percent of tea production are re-planting. The bush count per acre has not increased for a considerable period.

“What is important is to increase the number of bushes per acre to enhance yield. Re-planting has been put on the backburner due to the cost involved in the process. The SLTB will pay for the loss of profit for three years,” the SLTB Chief said.

With regard to the issue of using sugar in the tea production process the SLTB Chief said the base figures for the three components of sugar (sucrose glucose and fructose) will be published next month and thereafter action will be taken on those who breached the standards. Early this year, the SLTB detected around 80 factories using sugar in the manufacturing process to artificially darken the leaves to appear as a higher grade tea.