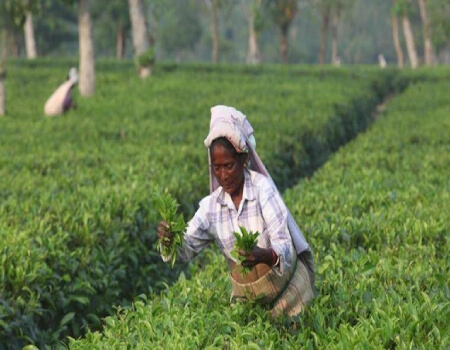 India’s tea exports in value terms may well surpass the target of $883 million in FY 23 with Iran and Saudi Arabia showing greater receptibility of Indian Orthodox Tea, according to commerce ministry projection. This comes in the wake of lower production of Sri Lankan Tea, which has dropped by 30 million kg till June this year compared to the production between January and June in 2021.

Citing the Sri Lanka Tea Board data, PK Bhattacharjee, secretary general, Tea Association of India (TAI) told FE that Sri Lanka which predominantly produces orthodox tea produced 132.92 million kg during January and June this year against 161.71 million kg during the same period last year. The gap in Sri Lankan Tea production has mainly helped India to tap the Iranian and Saudi Arabian markets in a larger way and Indian Orthodox tea exports to this region are expected to cross 55 million kg by the end of the fiscal. In the last fiscal, India exported 52.6 million kg to Iran and UAE markets.

There has been a surge in the prices of Indian teas for the quarter ending April 2022 and the ministry of commerce figures indicate 9% to 10% rise in the value of exports. But the traditional export markets like the European and Japanese markets have shown a declining trend and this could be due to appreciation of Indian rupee coupled with high inflation and recession witnessed all across Europe, Bhattacharjee said.

Azam Monem, director, Mcloed Russell’s said that packaged tea has been existing in Europe and Japan and the younger generation always preferred packaged and flavoured tea than black tea. So packaged tea has not gained any market share taking away the market of Orthodox tea in the traditional European and Japanese markets. Besides there was ageing population all across Europe that preferred moving away from packaged and flavoured tea to Orthodox black tea. But the factor that played havoc for the Indian tea in the European and Japanese markets were the recessionary pressure and high inflation, which prompted many a tea consumer to look for cheaper options supplied from Africa. Appreciation of Indian rupee didn’t factor much as trading was done in dollars and dollar against rupee more or less remained stable, Monem said.

Nevertheless, total tea exports from India in FY 23, as estimated by the commerce ministry are expected to cross 225 million kg against 200.79 million kg exported in FY 22.