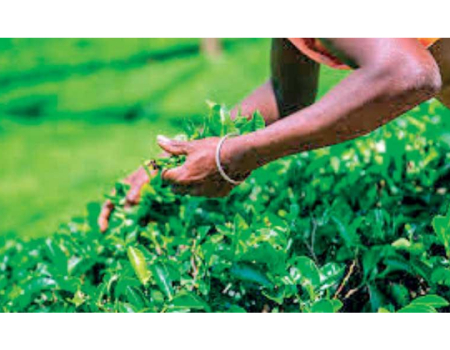 The Ceylon Tea cuppa will soon lose its appeal on the global stage, if the relevant authorities do not take corrective measures to ensure the leaves reach the shelves of the international market, the industry stakeholders caution.

The exporters of Ceylon Tea raised the red flag this week, pointing out that they are concerned of the possible loss of market share.

As they are grappling with several internal and external issues such as low tea crop, high COP, fuel shortages, sanctions on Russia and high freight rates, the exporters said they are unsure what the future holds for the industry.

“The exporters are worried about losing Ceylon Tea market share to other competitors and also losing valuable foreign exchange earnings,” said the Tea Exporters Association (TEA) in a statement to the media this week.

Since November last year, the domestic tea crop has been declining largely due to the non-application of fertiliser on time and also due to adverse weather conditions that prevailed in the tea-growing regions during the last few months.

The TEA shared that as per the tea quantities offered at the Colombo tea auction during the month of March 2022, it is estimated that the tea crop in the first quarter would be in the range of 65 million kg, a drop of about 10 percent compared to last year.

Although tea cropping months have begun with the onset of rain, the fertiliser is adequately not available for the tea growers. Making the scenario worse is the increase in fertiliser prices, which have gone up by three to four folds, making it unaffordable to many tea producers.

Furthermore, the regular power cuts and non-availability of sufficient quantities of fuel to operate generators have also hampered the day-to-day operation of tea export companies.

“The exporters of value-added tea have been affected more than others as the tea packing machines that normally operate on two to three shifts per day are unable to function even on a single shift without any interruption, due to the power cuts.

“The brand owners face a huge challenge in fulfilling their contractual obligations to the foreign buyers. The exporters are unable to plan production, due to long power cuts. The end result would be low export volume and revenue from the tea sector during the year 2022,” the TEA said.

The association has sought the assistance of Sri Lanka Tea Board to obtain the fuel requirements for tea exporters but CEPETCO has not been able to supply the required quantities.

The fuel issue also affects the tea manufacturers and the transport of tea to Colombo for the auction. The escalation of transport costs along with high auction prices negatively impacts the competitiveness of Ceylon Tea in the global market.

“It is necessary to provide fuel to the export industries on a priority basis in order to ensure the continuous foreign exchange earnings that are vital to the country at the moment,” asserted the association.