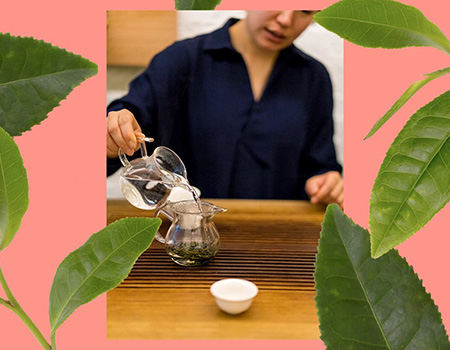 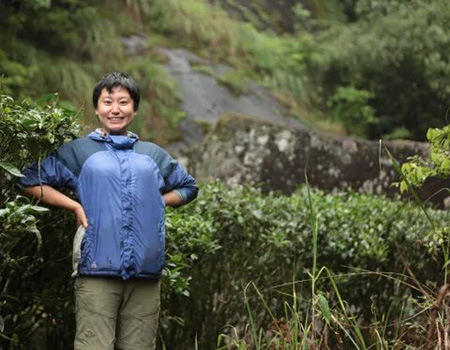 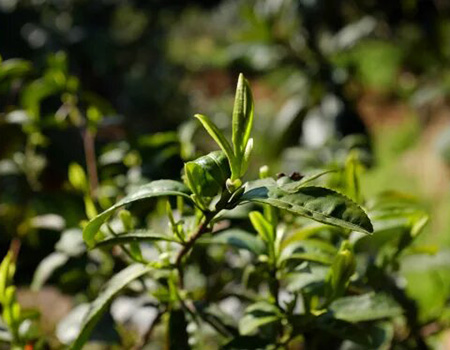 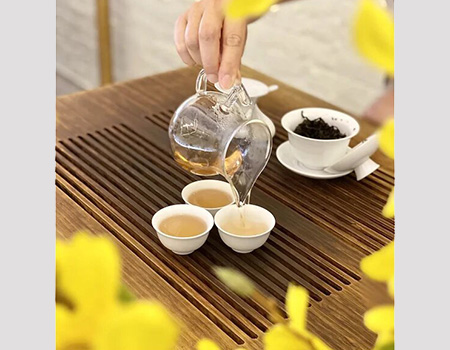 "How mindful you have been reflects directly into how well the tea tastes. Tea is not a means to the end. Tea is the end."

During Asian Pacific American Heritage Month, TODAY is sharing the community’s history, pain, joy and what’s next for the AAPI movement. We will be publishing personal essays, stories, videos and specials throughout the entire month of May.

It's easy to feel disconnected from the food and drink we consume when we're steeped in a culture of convenience. Grabbing a quick meal or coffee can be great when we're on the go, but sometimes, leaning into a practice that requires patience, like making and drinking tea, can keep us grounded. The connection to the leaves unfurling in bubbling water, the earthy, sweet smells and the act of preparing it in a gaiwan, a traditional Chinese tea- brewing vessel, are all part of this simple but powerful way to pause, focus and sip into a meditative state.

To learn more about tea, its health benefits and how to incorporate the ancient Chinese practice of drinking it into our daily rituals, TODAY Food spoke to Shunan Teng, founder and CEO of Tea Drunk, a New York City- based tea house.

Teng, as tea experts go, is one of the best. From her airy, wooded shop in New York City's East Village, she sells dried tea leaves she handpicks and harvests alongside growers in China. Teng has taught lectures on tea at Yale University and hosted a pop-up educational tea shop at the Metropolitan Museum of Art.

What is Chinese tea?

Chinese tea comes from one plant, the Camellia sinensis. Similarly to wine, which comes from grapes, there are many varietals that taste, smell and are produced differently that results in different types of teas.

There are three important compounds studied as part of the plant's health benefits:

China had a monopoly on tea until just 187 years ago when, according to the British Library, Britain abolished the East India Company in 1833. China has the only terroir for the old-world teas, Teng explained. These are the types of teas Teng sells in her shop. Some cost $369 per ounce and are sourced from historical tea plants cared for by generations of farmers in China's tea mountains, with whom Teng maintains close relationships and harvests alongside on her yearly trips (though last year's was postponed due to the pandemic).

There are all sorts of teas, different varieties from different regions and countries. Many cultures have their own distinct tea rituals.

In Japan, the tea ceremony is a spiritual journey where masters undergo years of training. It requires elaborate preparation before the ceremony including bathing and a special diet.

"Tea rooms are designed in a very specific way to remind people about being humble, living in the moment and sharing with others," Teng explained. "It may take a whole day or full afternoon. It's like a spa for your mental health."

China doesn’t have a tea ceremony but a specific way of brewing it that is often steeped in kindness, thoughtfulness and appreciation for the tea and those you brew it for. Teng explained how drinking is very social and similar to bar culture in the U.S. or cafes in Italy. People gather together to have tea, sharing stories, laughter or doing business. Some people are just social tea drinkers who rarely brew at home and do so while enjoying friends. 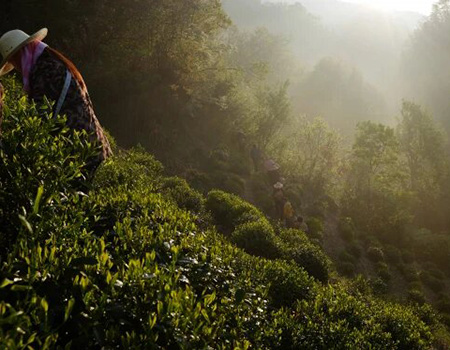 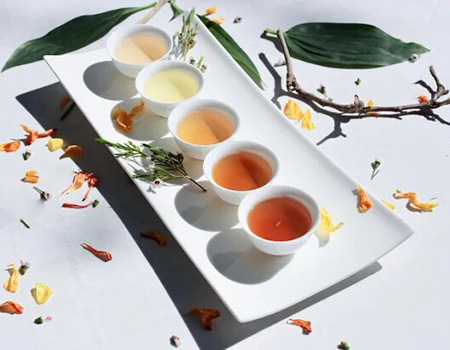 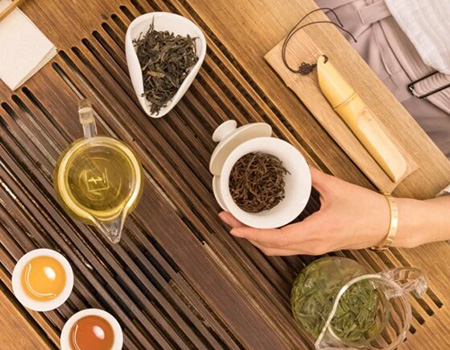 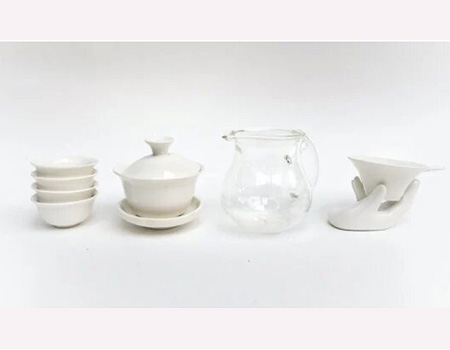 When drunk habitually, tea can be very healthy

In Chinese medicine, Camellia sinensis is not considered an herb but is honored for its ability to keep the body and immune system in balance. Teng explained how when we get sick, the body is off-balance. This is reflected in our internal temperature, which can get too hot or too cold. Tea, on the other hand, is neutral.

Darker red and black teas are believed to be best for colder body types.

"Typically, women naturally have a colder constitution. People with veggie-based diets, who are skinny, all benefit from darker-colored teas. When I am on my period, red tea or black tea, it helps," Teng said. "Men typically have hotter constitutions. It's believed that people with protein, fat-based diets (should) drink tea of lighter color."

Because in many modern cultures, it's more common for people to eat heavier, less nourishing foods, drink or smoke, white and green teas have become known for their health benefits. They can help bring the body back to a cooler, more balanced state, she said.

Teng said there have been studies conducted where concentrated levels of the catechin compound get injected into cancer cells and the cells shrink. According to U.S. National Library of Medicine and Institute of Health, when this concentrated injection of catechin was given to mice with cancer, it inhibited the cell from migrating or growing beyond the site of the malignant growth. Green tea catechin is also recognized as a "non-toxic" cancer preventative for humans and has been found in many studies to mitigate the risk in those prone to illnesses like breast cancer.

"I always say, 'Tea doesn't cure cancer. If you're sick and eat an apple, it doesn’t cure the illness. But if you eat some everyday, it can help prevent it,'" said Teng. "It’s about the habit of drinking tea that helps the immune system, neutralize body odor. We’re clean from the inside out. Overall tea drinking, if a habit, is very healthy."

Benefits of brewing outside the bag

"For people who are seeking a refined connection with either nature or artisanship, this is a very fulfilling journey," Teng said.

Similarly to the practice of collecting and tasting wines, pinpointing where a tea leaf comes from and deciphering what it is can be intellectually stimulating. There is a whole structure to learning about and brewing the various types of Chinese teas, especially the old-world types. Here are some of principle ways drinking tea as an immersive experience can feel enriching:

A mental journey: "The pleasure we receive from drinking and eating something very delicious — when we pleasure the senses, it improves our mental well being," said Teng. "Seconds matter when we brew. This is very much in the mindfulness. We're lying in the ultimate present. We want the time to be finer and finer. In this very, very moment, time becomes so fine that you can feel it passing by. That’s very much the essence in how brewing and drinking tea is very beneficial to our mental practice."

Philosophical journey: Considering the plant itself and where the tea comes from is a big part of savoring the experience. There are three main factors that should be considered when determining the quality of tea: the location, how the tea tree was planted and how old it is.

The human factor: How the tea is processed is extremely detailed, and each step and every minute of it can alter the tea completely. It's also important to consider where it grows (the slope, where the sun hits, the age of the plant and more). The entire process is an art form.

How to brew tea in the traditional Chinese method

"Everyone develops their own daily ritual for brewing tea. Carve out time in the day focused on the tea helps clear out daily troubles," Teng said. "Whenever possible, brew it and share with other people. It's also a connection to something that outside of ourselves in a very fine level."

To brew and serve:

"Going through the elaborate process forces you to do something in the moment. Especially with the gaiwan that can burn your hand," Teng said. "How mindful you have been reflects directly into how well the tea tastes. Tea is not a means to the end. Tea is the end. Everything in the ritual is for the tea."