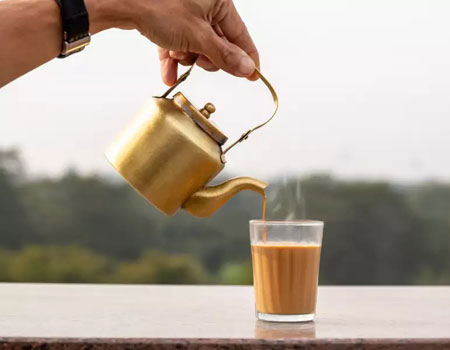 For so many of us, the solution to any problem is a piping hot cup of tea. Tea is one of the most common beverages around the world. And a tea lover can never get bored as there are various types of teas available all across the globe and are prepared using various methods.

While there are numerous health benefits of tea, a new study has found the impact of this steaming hot beverage on the structure of our brain. The study found that regular tea drinkers have an advantage over non-tea drinkers, as they might have a better brain structure. Drinking tea may result in greater functional and structural connectivity in the brain.

The study was published in the journal Aging and titled 'Habitual tea drinking modulates brain efficiency: Evidence from brain connectivity evaluation'. For the study, a group of people were asked to fill a questionnaire about their tea-drinking habits, which had questions about how often they had different types of teas.

The participants were aged 60 or above and all of them provided details about their psychological health, daily lifestyle and overall health.

The scientists found a significant difference in connectivity between tea drinkers and non-tea drinkers. The report said, "The observations in this study partially support the hypothesis that tea drinking has positive effects on brain organization and gives rise to greater efficiency in functional and structural connectivities due to increased global network efficiency found in the brain structure of tea drinkers, but no significant enhancement in functional connectivity. As hypothesised, tea-drinking leads to less leftward asymmetry in structural connectivity between hemispheres."