Home>Publications & Articles>Articles>Media Articles>Tea Board to do surprise checks, raid sellers to flush out spurious produce

Tea Board to do surprise checks, raid sellers to flush out spurious produce 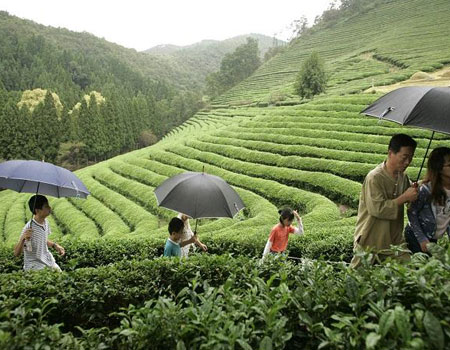 In a move to keep spurious or sub-standard tea out of the market and improve price realisations for plantations, the Tea Board of India has decided to increase its vigilance on the tea sector. This will also restore the reputation of Indian tea. The action plan include conducting surprise checks and visits or even raid across gardens and sellers once the Board is tipped about sub-standard tea being sold or its inspectors suspects the same. Such tea will be destroyed.

According to A K Ray, deputy chairman at the Tea Board, the minimum selling price of tea cannot be lower than Rs 60 a kilo. If the Board finds out any seller vending tea lower than that price, that will turn out to be an invitation for tea board to make surprise visit and samples of the tea will be taken.

These sample will be sent to Food Safety and Standards Authority of India (FSSAI) for testing on various parameters to establish if it is fit for human consumption.

“In case it fails the FSSAI test, the entire lot of tea, from which the sample was taken, will be seized and destroyed”, Ray, who was previously the additional director general of communication at the Odisha police force before beginning his stint at the Tea Board, told Business Standard. This is for the first time in its history of the past 40 years, tea board is directing compulsory garden and factory closure.

For quite sometime, Indian tea has been facing criticism from the global market over use of pesticides and prohibited chemicals. Exports to USA, till December, fell by 26 per cent with exporters opining that after the US revised its permissible pesticides list to stop “bad tea entering the USA”, a major portion of Indian tea, meant for US exports, stood disqualified for a US entry.

Although this tea got routed to other countries where pesticide and chemical usage norms are more relaxed but it tarnished the goodwill of Indian tea realisations of exporters also fell.

Some of the producing companies had appealed to the Board for exemption, either to make white tea or the usual crush, tear, curl (CTC) variant during the mandated garden and factory closure dates, the Board had remained firm in its order.

“For making white tea in the winters, one doesn’t need factory facilities.

The entire idea is to keep the factories in north India closed during the winters so that even if some producers pluck tea leaves in the winters, it can’t be transformed into tea”, Ray said.

After tea leaves are plucked, it is brought to the factory for processing into drinkable tea. White tea on the other hand, isn’t factory processed and is hand-made.

The decision had cost companies like McLeod Russel, the world’s largest tea producer, lose crops and hence revenue and profitability.

Kamal Baheti, director at McLeod Russel said, “The Tea Board had mandated for early closure of gardens which had affected our production. As we lost some crop, the revenues fell”.

On the other hand, the Board’s decision on garden closure has already started reaping benefits.

Prices of Darjeeling tea from the first flush (the season’s first tea) has already gone up by over 40 per cent and producers are getting forward contract enquiries from foreign buyers. A similar success is expected to be reciprocated for Assam tea as well.

Besides, the Tea Board and the Tea Research Association is also using modern digital technology to improve the quality standards of Indian tea.