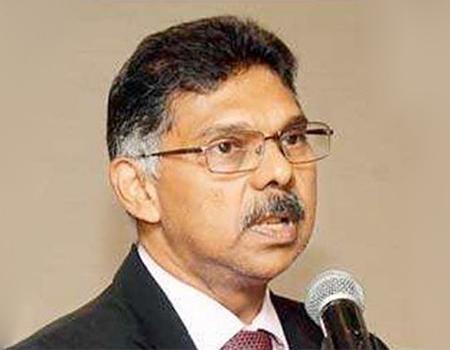 The Sri Lanka Tea Board has allocated a promotional budget of approximately USD 30 million for an unprecedented Business to Consumer (B2C) campaign for Ceylon Tea which started in December.

Consultant (Global Promotion) for the Sri Lanka Tea Board, Hasitha de Alwis (Pictured) said that the funding for the promotional campaign has been already collected over the years through the Promotion and Marketing Fund. “As such, the Treasury will not be burdened at a time they are going through a difficult period.” He was addressing the collaboration event between the Sri Lanka Tea Board and the Agricultural Department of the University of Peradeniya held at the Ceylon Tea Museum in Hantane, Kandy. The event was tagged as “Ceylon Tea - Our Nation’s Pride” focusing on the promotion of the museum as a tourist site, and undergraduate students were engaged for the first time in the development of the Ceylon Tea nation brand. “The envisaged campaign will pick up momentum by the first quarter of 2021 through the proposed digital media and multiple searchers done across the globe.

The brand promotional support scheme is proposed to back the global campaign and would be heavily focused on the younger generation who are digital-friendly”.

“The advertising and publicity programs will continue throughout the year 2021 and 2022 under the new normal where social and digital tools have been identified to inspire the global consumer to demand more Ceylon Tea and encourage them to pay premium prices.”

“The global campaign for Ceylon Tea is expected to focus on three major pillars. One is the premium quality of Ceylon Tea while the second is its authenticity followed by health & wellness.

Over the years, Sri Lanka Tea Board has been focusing on Business to Business Campaign but the current focus will be on B 2 C.

The campaign will shift from the traditional ATL & BTL to a heavily digital marketing aspect.

The major focus is envisaged to be utilizing the engagement of Key Opinion Leaders such as Influencers, Bloggers, TV Personalities and Celebrities.

This advertising model will be backed by Search Engine Marketing and Degustation (Tea Sampling and Demonstrations etc.) as well as public relation activities.

The end-user outlets such as super/hypermarkets, yoga centres, and reputed flower shop chains will also be utilized as the platforms”. EDB revises export target to US$ 13.39 bn