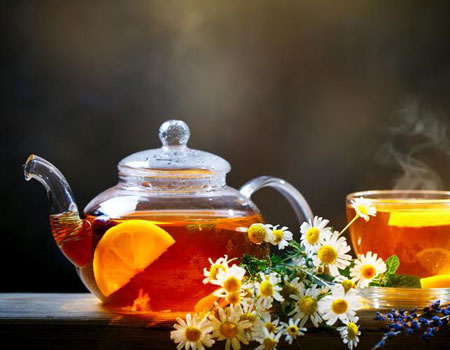 Coffee is the go-to morning beverage for many people. But if you swapped out your morning joe for a cup of tea, it may lead to a healthier, longer life.

That’s according to a recent Chinese study.

Chinese researchers found that drinking tea over a long period of time—especially green tea—had associated health benefits. The benefits were more pronounced among men, according to the study published in the European Journal of Preventive Cardiology.

“We found that the protective effects of habitual tea consumption were very pronounced and robust across different outcomes for men, but only modest for women,” said Dr. Dongfeng Gu from China’s National Center for Cardiovascular Disease, Peking Union Medical College and the Chinese Academy of Medical Science to CNN in an email. “One reason might be that the proportion of habitual tea consumers among men was approximately two and a half [times] as high as that among women.”

Among those surveyed, 48 percent of men were regular tea drinkers compared to 20 percent of women.

In analyzing data from 100,902 Chinese people who had no history of a heart attack, stroke or cancer, researchers found a pattern among groups who habitually drank tea three days or more a week, those who drank tea non-habitually and those who never consumed the beverage.

After following the groups for seven years, researchers learned habitual tea drinkers had lived 1.41 years more without atherosclerotic cardiovascular disease and lived 1.26 years more at age 50 compared to people who did not make drinking tea a habit.

But it’s not simply about regularly drinking tea. Green tea was found to especially be linked to health benefits. USA Today reported about 25 percent lower rates of heart disease, stroke and death were linked to consuming green tea compared to black tea. Among the participants, however, 49 percent drank green tea compared to 8 percent who preferred black tea. Still, there were no significant associations found for black tea in the study.

As for why tea may have heart benefits, Dr. Benjamin Hirsh, the director of preventive cardiology at Northwell Health’s Sandra Atlas Bass Heart Hospital in Manhasset, New York, told USA Today it’s about the antioxidants.

“Tea is rich in flavonoids, a natural, plant-derived antioxidant that has been shown to reduce inflammation and improve heart and vascular health,” said Hirsh, who was not involved in the China study.