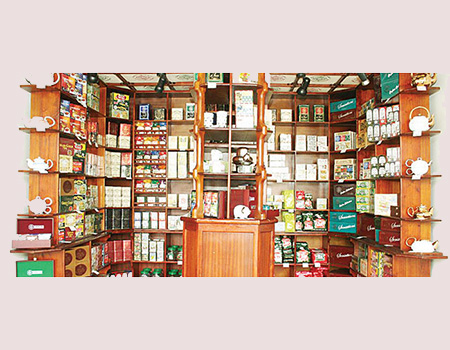 The report said ‘massive’ value added exports at 55 percent, was an indicator that at this quantum Sri Lanka was far ahead of its closest rival India, on record having 10 % of exports in value added form.

Additionally, although value addition information from Kenya was not available in detail, the report said, Kenya was comparatively far below that of India.

It is reported, Sri Lanka worked hard to maintain the brand Ceylon Tea. Established markets include Turkey, a prime destination, absorbing 38.8 ml kgs. Turkey is a major transit point for shipments to other destinations.

Further, Poland, The Netherlands, Ireland, Kuwait, Australia, and New Zealand were within the demand cycle for Ceylon Tea destinations.

Including June 2021, 137 ml kgs were exported earning export value of US $ 651 Million. Comparing 2020 shipments value at that time was US $ 571 million. Clearly exported quantity was less because of severe drought conditions affecting production. 2020 quantity exported end that year was 266 million kgs.

Speculation is that subject to growing conditions being at optimum levels earnings from tea exports could achieve the national target of $ 1.5 Billion.

High prices for Ceylon Tea at the Colombo auctions reasons were described as the unique mix of taste and orthodox style and other attributes that were perennially of character for the finished product that attracted buyers worldwide to demand Ceylon Tea.