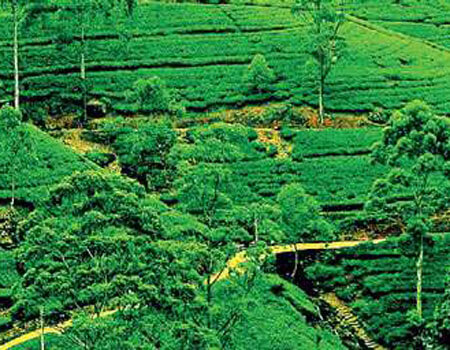 Speaking to Mirror Business, SLTB Director Promotions Hasitha De Alwis said, “There was no delay. The December-January period is not a good period to launch it in Russia, due to the low activity levels and the long vacation period. That’s the main reason why we decided to launch the campaign in February.”

Russia remained as the third largest importer of Ceylon Tea up to October, this year. Sri Lanka has exported 25,978 MT of Ceylon Tea to Russia during the January-October period.

De Alwis noted that the prevailing political crisis in the country has not directly impacted the implementation of the campaign.

“The procurements are going according to the schedule at the moment. We don’t anticipate any delays,” he said.

The promotional campaign is divided into two phases. Under the first phase, the promotional activities will kick off in Russia, Japan, China and Ukraine, early next year.

The SLTB has targeted to kick off promotional campaigns in Germany, Saudi Arabia, Iran, Turkey, the UAE, USA, Chile and Australia, under the second phase.

Last March, the SLTPB signed an agreement with Dentsu Grant to promote Ceylon Tea across 12 markets.

The campaign is expected to create awareness of the Ceylon Tea brand, particularly among the younger generation and to differentiate the authentic Ceylon Tea product, which would help Ceylon Tea reposition itself as a top brand, among quality tea drinkers.

“Iran is going through a payment problem. Turkey has significant currency depreciation. Russia is also going through economic sanctions,” he pointed out.

However, the industry also blames the three-year ban on the popular weedicide, glyphosate, which has restricted access to the Japanese market, as no alternative weedicide was introduced to planters recognised by the Japanese authorities.

Japan was a major buyer of high-grown tea produced by the regional plantation companies at considerably high prices, driving up the auction prices of Ceylon Tea.

The government lifted the ban on glyphosate for tea and rubber in the mid part of this year, amid fears of losing the Japanese market and several other European markets. However, the planters are yet to receive glyphosate shipments.

According to the Planters’ Association of Ceylon, the regional plantation companies have an unsold stock of 30 percent of the tea output.

The Ceylon Tea prices are also expected to face further pressure as Kenya and other African countries are expecting record tea outputs this year, due to favourable weather conditions.According to the Tea Exporters’ Association (TEA), the cumulative tea exports have declined by 2.4 percent year-on-year during the January to October 2018 period, compared to the corresponding period of 2017, reaching 235.6 million kilogrammes.“The decrease in tea crop in the country and unfavourable situation in some of the key tea importing countries would have been the main reasons for the decline in tea exports during the first 10 months of 2018,” the TEA stated.Among the major buyers of Ceylon Tea in the first 10 months of 2018, Iraq maintained the top position as the largest buyer, followed by Turkey, Russia and Iran.