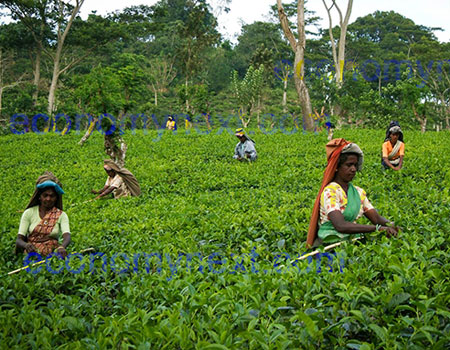 ECONOMYNEXT – Sri Lanka’s regional plantations companies (RPCs) said they were withdrawing from direct talks with labour unions on a pay hike after death threats and assaults on staff amid mounting losses from a strike.

Roshan Rajadurai, spokesman for the Planters’ Association of Ceylon (PA), which represents listed regional plantations companies, said the Employers’ Federation of Ceylon would represent the industry in future talks with unions.

The RPCs couldn’t afford to pay the 1,000 rupees a day basic pay – a 20 percent hike - demanded by unions at a time of falling tea and rubber prices, he told a news conference.

The RPCs have instead offered a productivity-linked pay model that would enable workers to earn 1,000 rupees a day and more depending on their output of plucked tea leaves, Rajadurai said.

The estate strike was costing the RPCs 250 million rupees in lost revenue each day, with the collective loss per month 6.25 billion rupees.

”It’s not that we don’t want to pay but that we simply can’t afford to pay what they are demanding, at a time when tea and rubber prices are falling.”

Rajadurai said the RPC managements had decided their staff would leave the estates if there was any more violence.