Sri Lanka: On The Trail Of Sir Thomas Lipton

One of Sri Lanka's most impressive viewpoints is just outside a small village in the country's central highlands. It's a place that barely registers a blip on the tourist radar; most tourist buses trundling by are headed straight for the well-worn streets of Ella or Kandy.

The trail begins unofficially at the Dambatenne Tea Factory, and winds its way through eight kilometres of lush, green tea plantations studded with Tamil tea pickers busying themselves among the leaves. At the top, after a steady climb to 2000 metres above sea level, the triumphant hiker is rewarded with views out over the undulating hills of central Sri Lanka, across a patchwork of tea estates, out to Udawalawe National Park in the south. 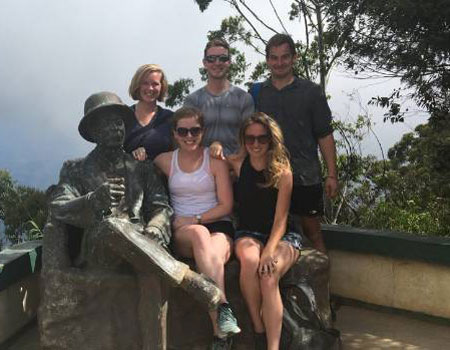 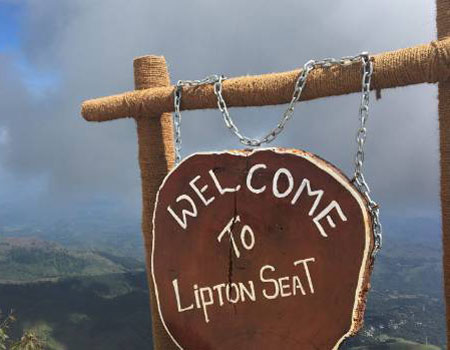 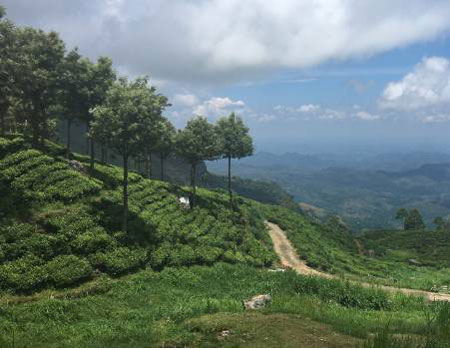 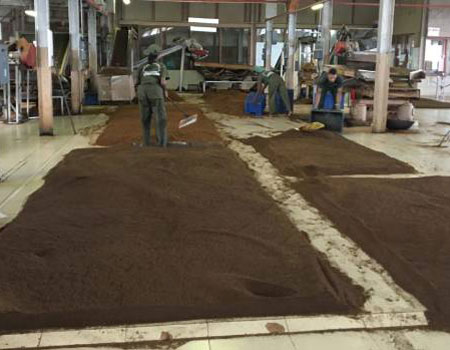 It's from this spot that over a century ago Scottish tea baron Sir Thomas Lipton viewed his burgeoning empire after he too made the slog through the countryside. It was a favourite place for Lipton: a scene almost reminiscent of The Lion King, in which just about everything that the light touched was his.

In 2018, all that remains of Lipton is a garish statue of him reclining on a bench, arm outstretched at an awkward right angle. The tea cup he once held in his extended arm seems to have gone missing. Until that's rectified, he simply seems to be stuck lighting an imaginary lighter, or mid-thumbs up.

There are no signs or further information to tell you why this spot is so significant, let alone why it's called "Lipton's Seat" – just an industrious Sri Lankan man offering you tea and souvenirs at a price Lipton would surely not approve of.

When Lipton's eponymous tea variety first hit the shelves in the late 1800s, Ceylon was much less a variety of tea, and much more an entire country.

Sri Lanka, or Ceylon as it was until 1972, had just welcomed a plucky 17-year-old named James Taylor, who began one of the country's most lucrative industries.

Taylor first planted tea in Kandy in 1867, at Loolecondera plantation – an estate that spanned just 19 acres but managed to house a fully-equipped tea factory. Over the next three decades, Taylor's tea exports ballooned from 10 kilograms to 22,900 tonnes.

That rapid growth did not go unnoticed, garnering the interest of Lipton, at that time well-known for his grocery store empire. In fact, by the time Lipton even felt his interest piqued about tea, he was already a self-made millionairewith a chain that spanned first Scotland, then all of Britain.

In 1888, with 300 stores worldwide, Lipton stopped in Ceylon on his way to Australia. By 1890, he and Taylor were business partners – Taylor growing the tea and selling it to Lipton, who distributed it through Europe and the United States.

Lipton's main focus was the untapped working class, determined to make tea – at that time a mark of luxury – a drop for everyone to enjoy by cutting out the middle-men, the London tea brokers.

As history tells us, the venture became something of a success.

Most people take in Lipton's former stomping ground as a day trip from Haputale's better known neighbour, Ella. But we've come to see tea, and only tea. And because doing a Lipton-inspired hike and visiting a Lipton tea factory simply isn't enough Lipton, we stay at Thotalagala – a luxury planter's bungalow – in the Lipton Room.

"That is apparently Lipton's old desk," the manager points out as she shows us around our room" 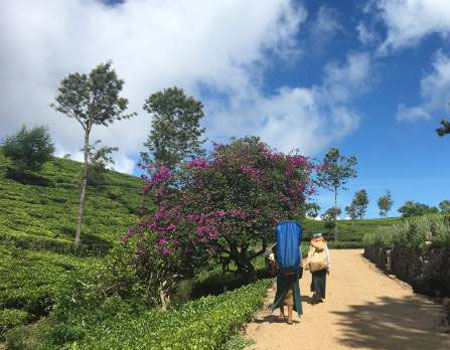 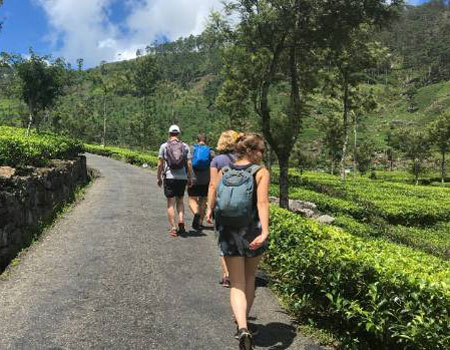 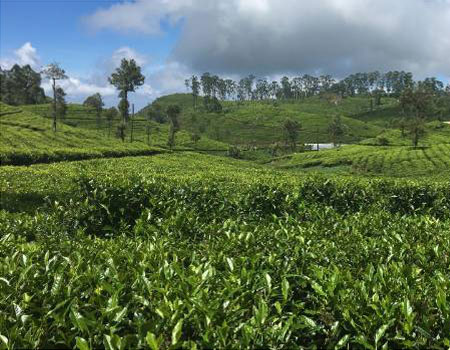 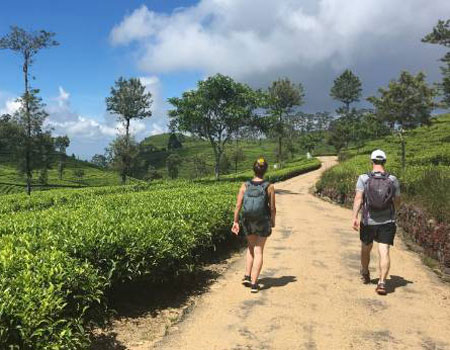 "Well, probably not. But some say that. And it's certainly a good story."

Nonetheless, the hotel maintains the bungalow was definitely used by Lipton, though what exactly for is up for debate. Thotalagala has only recently opened as boutique accommodation, after painstaking restoration that has reinvigorated its hardwood lacquered floors, antique furniture, and cosy dining rooms filled with British Colonial era memorabilia.

You'll even get the services of a butler, a personable man who serves fresh breakfast with a smile on a deck commanding some of the best views of any breakfast table in the world.

From Thotalagala, Dambatenne – one of Sri Lanka's most famous tea factories and estates, is only a couple of kilometres down the road. For a few rupees, you can take a wander inside the factory, which was built in 1890 and has hardly changed since.

It's one of the few that Lipton built himself, laying the foundation of what would soon be a Ceylon empire.

A quick tour takes in the fermentation, rolling, drying, cutting, sieving and grading of tea. This is where Lipton revolutionised the way tea was made, creating a standardised method of measuring the dried leaves into small packets; thus birthing the first incarnation of Lipton's Yellow Label Tea. This same tea factory still supplies the company today.

From Dambatenne, Lipton's Seat is an eight-kilometre wander through the vast plantations. A vivid, almost electric shade of emerald greets you at every turn, as pastures give way to endless rows of tea bushes – the oldest of which are more than 100 years old. It's a peaceful stroll as the tea pickers call out greetings between plucking, or meander along in front of you en route to their next station.

Small children in school uniform might pass you by and ask for chocolate. From experience, when you fish it out of your bag and hand it over, they'll then run up to the rest of your group further ahead to try their luck again. One wonders if the tar-sealed road underfoot is about the only thing that's changed on this route since Lipton trod it.

Legend has it that from the top you can see seven of Sri Lanka's nine provinces. While I'd love to confirm that as true, I had no idea where one province ended and the next began, such was the undulating, green patchwork that lay outstretched. 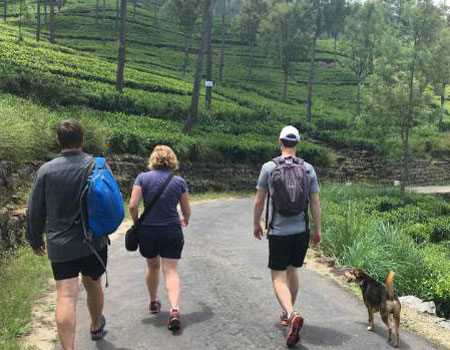 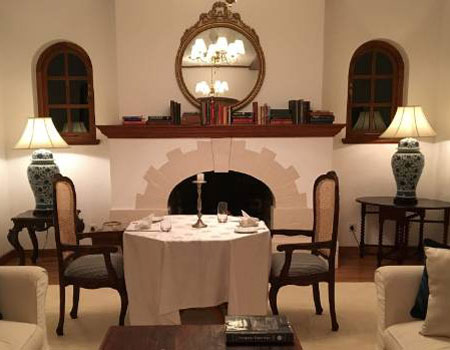 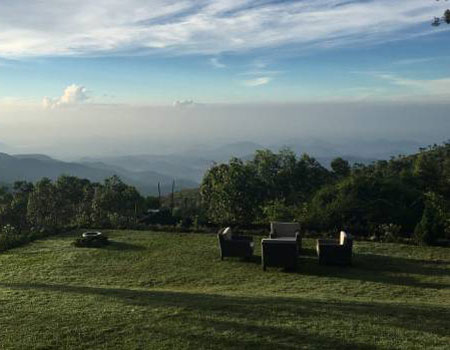 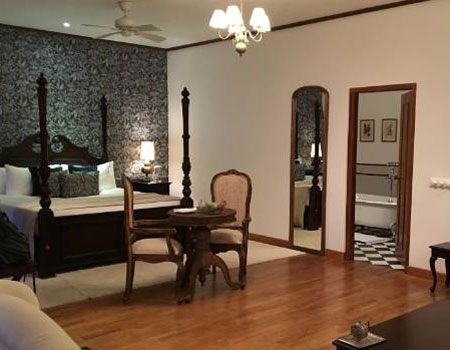 A pose with Lipton's statue as photographic evidence you made it to the top in hand, and after a few minutes taking in the vast landscape, you might be surprised to hear there's more Lipton to be had.

Nearby, is Lipton's old residence, and apparently guests of Thotalagala hold exclusive rights to exploring it

While you'll only get a glimpse indoors if the estate manager is present, a wander around the spectacular gardens are satisfying enough. The upkeep is backbreaking, the huge grounds includes a manicured lawn, impeccably pruned flora, and more sweeping views of the countryside. As you sit in the middle of his perfect turf for afternoon tea, complete with white linen, waiters, a butler, and three tiers of cake and scones, it's easy to envisage a similar scene taking place with the man himself in the 1890s.

The mass success of Lipton's enterprise led to Taylor's demise. The Ceylon tea industry's breakneck growth opened the door for larger conglomerates to sweep in and take over, which meant Taylor was quickly squeezed out of the industry.

Lipton went on to find a new obsession – challenging for the America's Cup. However, that's not to say he was good at it. He competed five times but never won.

He was lightheartedly ridiculed, and earned a reputation for not knowing when to quit, but his efforts for sporting glory were not for nothing. He did, after all, win a specially-made cup for the "best of all losers".

The saga also aided his marketing efforts in the United States, where his tea had yet to find favour with coffee drinkers. He was posthumously inducted into the America's Cup Hall of Fame in 1993.

It was a postscript to a life that succeeded across many industries and, even in failure, was worth celebrating.

More information: New Zealand citizens can apply for a 30-day Electronic Travel Authorisation Visa online to gain access into Sri Lanka. It costs US$35 ($50), and can be extended up to six months if necessary.

Getting there: Air New Zealand and Sri Lankan airlines fly to Colombo, via Melbourne, for around $1400 return. Skyscanner is a safe bet to find the cheapest fares.