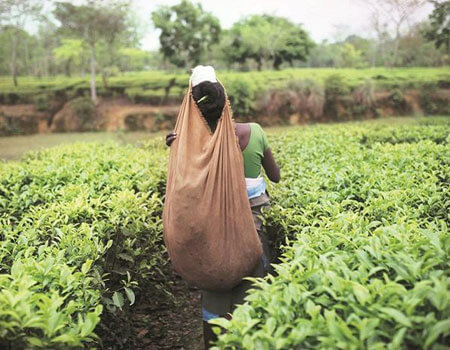 Besides joint promotions of its tea across key European markets and sustainability goals, the agreement allows Indian tea producers to understand mechanisation of gardens while maintaining quality.

China produces 2609 mkg of tea annually across its 0.28 million hectare cultivable area. Most of these gardens are highly mechanised. On the other hand, in India, 0.57 million hectares are under tea cultivation while production stands at around 1300 mkg – half to what China produces.

Industry officials opine that it is primarily on account of Indian plantations being labour-intensive while China has an advanced level of mechanisation.

Owing to frequent absenteeism in the gardens and the wage crisis going on, several plantation companies are preferring to shift a substantial part of its production towards “machine-driven” rather than rely on the traditional method of hand-plucking the leaves and then rolling these to obtain tea.

However, Azam Monem, director at the world’s largest tea company McLeod Russel and also the former chairman of ITA, said that mechanisation can lead to some change in the quality.

On account of this factor, none of the gardens in Darjeeling – the flagbearers of Indian tea - and the orthodox producing plantations in Assam have resorted to even partially test mechanisation. On the other hand, despite a large degree of machine-made tea, the orthodox methodology of production in China is substantial.

Green tea accounts for 60 per cent of China’s production while Oolong accounts for 11 per cent. Both these teas in India are primarily produced using the orthodox method while in China it is machine driven.

Vivek Goenka, chairman at the ITA said this agreement will help Indian firms learn and implement the correct techniques of optimal mechanisation.

It is estimated that mechanisation will directly reduce the cost of production by at least 15 per cent.

“On one hand cost of production is rising and on the other, tea prices are not encouraging enough. It is leading to a serious imbalance in the trade to the point that tea production will become unviable”, Monem said.

Besides, the technology collaboration clause will also entail Indian producers and retailers to expand their sales by rolling out tea-based value added products. Although the use of such value-added tea in India is primarily limited to infusions and ready-to-drink beverages, in China, tea is used to make an array of skincare and cosmetic products, biscuits and others.

The ITA, in consultation with the Tea Board has also aimed at doubling exports to China.

Although China is the world’s largest tea producer, it annually imports around 30 mkg of tea. Owing to various regulatory and non-regulatory parameters, Indian tea hasn’t been able to emerge as the largest supplier to China despite its proximity and Sri Lanka has been able to make a headway into this market.

“Previously, the primary challenge for us (Indian producers and exporters) was that we had very little knowledge about this country, its market trends and other fields because of which exports were limited. This agreement between China and India will help us break this ice and increase exports”, Goenka said

Wang Quing, president of CTMA said that Sri Lanka has been doing a lot of promotional activities in China which gives this country a better visibility which India needs to work upon.