Home>Publications & Articles>Articles>Media Articles>SLTB Forecasts 2022 Tea Exports To Be $ 1.2 B In Value; 250 M Kgs In Volume 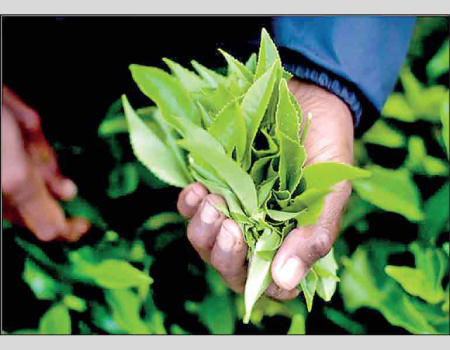 The Sri Lanka Tea Board (SLTB) on Wednesday revealed that it expects the export volume for 2022 to be 250 million kgs and total export revenue to touch $ 1.2 billion.

This forecast released via a statement by SLTB is based on the performance of the tea industry up to the first 11 months of this year. In its statement, SLTB said the year 2022 began with a lot of optimism. Monthly auction average prices continuously increased and more sharply from April. However, as anticipated, the crop shortfall was inevitable due to the fertiliser crisis. As the year progressed, the Sri Lankan tea industry faced numerous challenges.

Subsequent to the banning of chemical fertiliser by the Government of Sri Lanka in 2021, tea growers and large plantations, in particular, were forced to only use organic fertiliser which too was not adequately available resulting in a negative impact on the Tea production. A drop of 17% compared to the previous year has been recorded up to end-November 2022. The forecast for 2022 with just one month remaining will be approximately 252 million kgs which would be one of the lowest.

With the Government’s decision to allow a more generous policy on fertiliser, all expectations are that the country’s tea production in 2023 would improve to at least 290 million kgs. It is believed that the initiative re-launched jointly by the SLTB and Tea Small Holdings Development Authority’s titled B 60 or “Sahakampanaya” in September this year would contribute favourably towards achieving a higher crop.

The objective of this program is to increase the intake of better green leaf which will also help growers and plantations to return to four plucking rounds per month from the present two rounds.

The drawback however is the shortage of tea pickers which will have to be addressed soon. Expectation of an increase in production next year is however subject to the weather conditions remaining conducive for growth throughout the year 2023. Ageing tea bushes and low productivity levels could also act as a downside.

Made tea production for the year up to end-November was 231.87 million kgs. This is significantly lower compared to 278.96 million kgs recorded for the same period in 2021. It is also lower than 250.19 million kgs produced during the corresponding period in 2020.

Out of the total production for 2022, the Smallholder sector output was 174.71 million kgs (75%) while the RPC sector accounted for 75.8 million kgs (33%). Both sectors recorded decreased outputs with the greatest decline of 20% being registered from the RPC sector. The production shortfall in the small holding sector was 16%.

During the period under review, a total of 5.57 million kgs of tea was imported which account for 2.4% of the production and export volumes. It represented only the specialty tea category, green tea and CTC tea as per the 1981 Gazette notification for tea importing policies and regulations.

Owing to the marked decline of supply caused by production shortfall, coupled with the sharp depreciation of the rupee against the dollar, tea auction prices registered a steep increase, moving up to an average of $ 3.80 per kg by end-November 2022 from $ 3.10 per kg at the beginning of the year.

Market diversification on account of initiatives by the stakeholders in both the public and private sector contributed to opening up more export markets. Amongst the markets on the review period, Iraq was the leading export destination for Ceylon tea having imported 41 million kgs, and accounting for 18% of the total export volume.