Tea- an important aspect of some people’s lives. From Japan to Vietnam, Turkey to Indonesia, it seems to be everyone’s favorite. After water, tea is considered to be the most drinking beverages and the one which is the cheapest too. More often than not, we find people addicted to this beverage of theirs because well, this is drunk by at least one-third of the whole world’s population. Well, why should they not? Because tea can be drunk without any particular reason. Be it in your breakfast or in your brunch, in your evening tea or after dinner, you can always have a cup of tea. Right? Well, apart from all this, there are some amazing facts and figures which show that how much a tea can be good for health as well. But first off, we will be discussing how tea is produced and how many types of tea do we have. 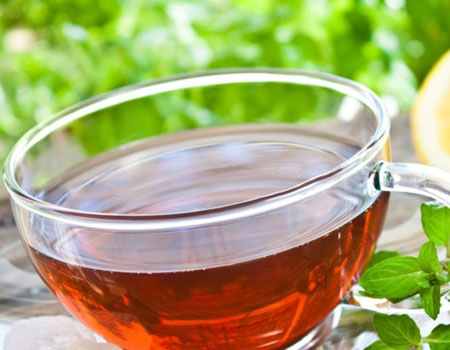 How Tea is Produced and the Famous Countries for Producing Tea

China: is amongst one of the largest tea producers. It produces approximately 1,000,130 tons of tea.

Kenya: The third country is Kenya which produces approximately 303, 308 tons of tea.

Sri Lanka: Sri Lanka is on fourth which produces approximately 295, 830 tons of tea.

Indonesia: Indonesia is said to have produced approximately 157, 388 tons of tea.

All these countries not only produce but also import their produced tea as well.

Many people drink tea for leisure. But what they don’t know is that tea can actually be very beneficial for one’s health too. It has amazing health effects and people who drink tea, be it a green tea or a black tea, can actually be preventing some of the diseases.

Tea can actually be helpful in improving your vascular reactivity. Vascular reactivity helps in measuring the wellness of your blood vessels and how do they respond to when the body is under physical or emotional stress.

Taking a green or black tea can aid in lowering the risks of LDL cholesterol.

Reports say that tea drinkers don’t usually get the cardiovascular diseases or are at low risk of getting it.

Dr.Howard Sesso, a medicine associate professor at Harvard Medical School, comments that tea has many health benefits and tea is a good source of compounds which are also known as catechins or epicatechins.

Although, tea has many health benefits and no side-effects or other harmful effects have been reported so far. However, drinking excessively is what most of the health professionals don’t suggest or recommend to.

Dr.Sesso further says that while drinking tea, make sure that you don’t end up mixing too much sugar in your tea. Because then it will simply cancel out the effects of having a tea. As the sugar in itself is detrimental for health and can simply ruin the main purpose of having a tea.

Conclusion: Having a tea is good for health as long as it isn’t in excess. It doesn’t matter which tea you drink. Because approximately, all kinds of tea, be it black or green, have health benefits.