Home>Publications & Articles>Articles>Media Articles>Planning a trip to Sri Lanka? Here's everything you need to have on your bucket list

Planning a trip to Sri Lanka? Here's everything you need to have on your bucket list

Weligama (whose name translates to sandy village), on the southern coast of the teardrop island of Sri Lanka, is a laid-back, rustic fishing town, famous for its red cliffs, golden beaches and its surfing hotspots. Close by are the Dutch fortress towns of Galle and Matara, with their maritime history. Our pick of eight ways to enjoy this stretch: 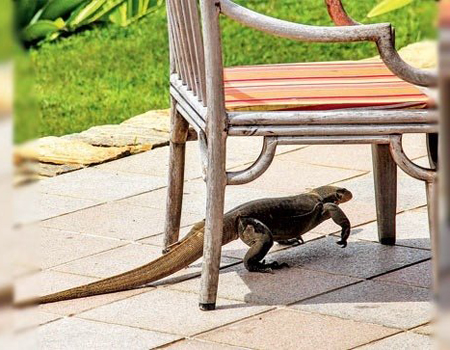 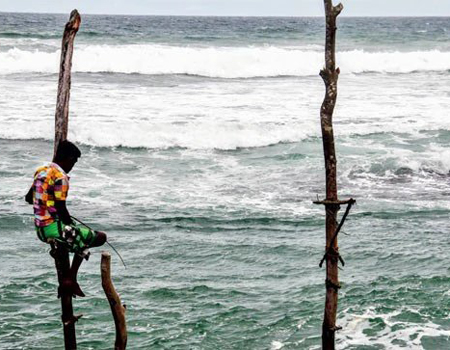 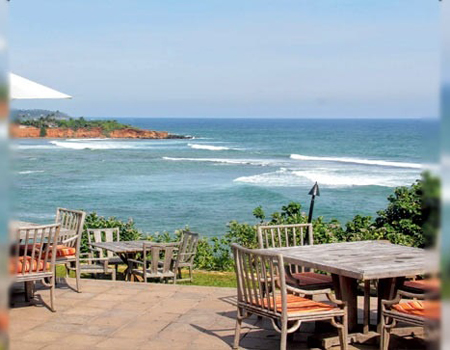 PERCH YOURSELF ON THE CAPE

Splurge out at Resplendent Ceylon's Relais & Châteaux accredited Cape Weligama, which is set on a rocky promontory on Sri Lanka's southern tip. This property belonging to the Dilmah tea family is a maze of villas and suites named after famous explorers, sprawling like a village with restaurants, pools and bars. Set inside walled gardens, two or three terracotta-roofed villas with chic interiors, blue accents, and their own steam room are clustered around a pool. Spend time watching the sunset from the huge crescent-shaped Moon Pool fringed by palm trees, perched on the edge of the rusty red cliffs. Don't be surprised if you see huge monitor lizards slinking past you! Have a meal at the cobalt blue Ocean Terrace Restaurant's outdoor area looking beyond at the bay and the town. Don't miss the high cream teas - complete with cucumber sandwiches, and scones with clotted cream.

Head to Mirissa, a small fishing town on the coast, a short tuk-tuk ride away, whose waters which are unusually rich in microorganisms called plankton, and on the migratory route of whales as they move closer to the warm waters of the Indian Ocean. The waters are home to the world's largest blue whales, and bottle nose and spinner dolphins. Cape Weligama has its own speedboat - there are also boat tours from Mirissa harbour which take you far into the sea, for the surreal experience of seeing these incredible mammals expel air from their blowholes, and prance around. A trip generally coast `3,000.

GO BACK IN TIME

Spend some time in Old Galle built in a grid of narrow streets, with low roofed homes with ornate gables, old crumbling mansions morphing into their new avatars as hip boutique hotels, art galleries and jewellery shops. Feast on Dutch and Portuguese architectural styles with gables and porches, as well as tiled roofs and courtyards - many walls of houses and the ramparts were built out of coral and clay. Walk into the Dutch Reformed Church from 1754 shaped like a cross, and the Historical Mansion Museum - an Old Dutch mansion which has been converted into a museum, with ancient treasures like antique plates and objects made of turtle shells.

Explore the lush hinterland of Weligama with iridescent paddy fields, banana plantations and small villages. Take a boat trip on green Lake Koggala fringed by cinnamon plantations, dotted with small islands. Look out for monitor lizards, crocodiles, macaques and a host of birds from cormorants and egrets, to sea eagles. Alight on Cinnamon Island, to see a third generation family engaged in extracting and selling cinnamon powder and oils.

TAKE TO THE WATERS

The area is known for wreck diving, snorkelling, big-game fishing, and whale and dolphin watching. Weligama is the surfing hotspot on the southern coast and its stretch is littered with surf schools. Take a surfing lesson (usually one session coast around `1,500) or learn to dive at one f the PADI schools.

Watch the iconic stilt fishermen of the coast, perched precariously on a vertical pole planted into the reef, holding the stilt with one hand and a fishing rod in the other. They catch small fish like herring with just a crude fishing pole and a hook with no bait. Many say that this originated after the Second World War when the fishermen had to contend with rocky beaches and found this method a good way to fish inside the deep waters.