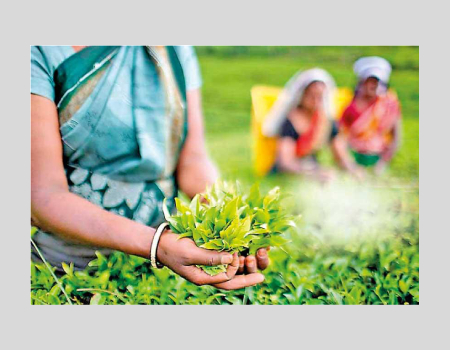 The penultimate sale of the year, which was held this week, had 5.1 MnKgs of Ceylon Tea come under the hammer at the Colombo Tea Auction; they were met with good general demand.

The Ex-Estate offerings were limited to 0.66 MnKgs. According to Forbes and Walker Tea Brokers, the overall quality of teas continued to be relatively uninteresting, consequently, the better Westerns BOP/BOPFs, where quality was maintained, mostly sold around last week’s levels, whilst the others declined by Rs.50 per kg and more following quality. The Nuwara Eliyas followed a similar trend for its limited availability. The Uda Pussellawas were mostly impacted following the price declines of Rs.100 per kg and more. The Uva BOPs were barely maintained, whilst the corresponding BOPFs declined up to Rs.100 per kg.

High and Mid Grown CTCs too were weaker and often declined Rs.50 per kg and more following quality.

The corresponding Low Grown types were mostly firm with select invoices declining by Rs.50 per kg often following lower quality. The Low Growns comprised 2.3 MnKgs and was met with fair demand. In the Leafy and Semi Leafy catalogues, the select Best OP1s gained, whilst the corresponding BOP1s declined. The teas in the Below Best category, which commenced fully firm to dearer, declined towards the closure of the sale. The Select Best OP/OPAs were fully firm, whilst the improved Below Best varieties gained. The teas at the lower end too were fully firm to selectively dearer. The PEK/PEK1s, in general, were fully firm. In the Tippy catalogues, the well-made FBOPs together with the cleaner Below Best sold around last levels. The teas at the bottom too followed a similar trend, whilst the bolder varieties declined. The select Best and Best FF1s were firm, whilst the Below Best eased. The balance sold around last levels. In the Premium catalogues, very Tippy teas continued to attract good demand. The best sold around last levels, whilst the balance was irregular following quality.