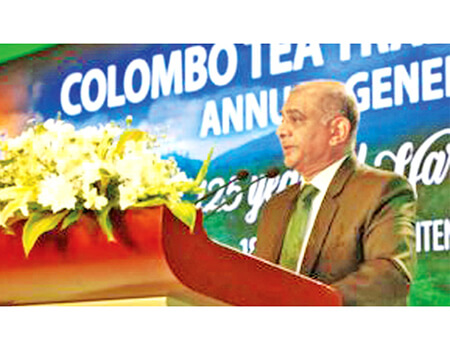 Following the deleterious impact that the Coronavirus has had on Sri Lanka’s apparel industry, it has now impacted the tea exports to all key markets as well.

“The Coronavirus in China has impacted Sri Lanka’s tea exports as well with most of the packing materials for our tea exports coming from China not coming through due to this malady, Chairman of the Colombo Tea Traders’ Association Jayantha Karunaratne (Pictured) told Daily News Finance yesterday.

Karunaratne, who is also the immediate past Chairman of the Tea Exporters Association, also said that to add to the woes of the local exports to key markets, the closure of the Bandar Abbas Port in Iran has also affected the exports to the CIS countries, he said.

Also added to the problems, is the devaluation of the Russian Rouble by around 8% which has been caused by Russia’s business with China which has also affected Sri Lanka’s tea exports to Russia, he said.

Responding to a question as to what degree of losses in Dollar terms that these would create for Sri Lanka’s tea exports for 2020, he said that the industry had not done a complete assessment on that aspect. He suggested that the Government should do same.

He also said that this further showed a growth of Rs. 8.9 billion when compared to Rs. 231.7 billion of the corresponding periods of 2018.