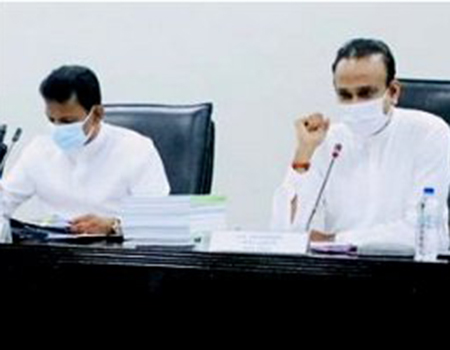 The Parliamentarian made this request at the Ministerial Consultative Committee on Plantation which met under the chairmanship of the Minister of Plantation Dr. Ramesh Pathirana, in Parliament yesterday (22), Parliament Communications Department said.

MP Weerasinghe further said that tea smallholders have been severely inconvenienced due to the shortage of fertilizer.

Replying to the lawmaker, the Minister said action will be taken soon to provide this subsidy.

Speaking further, the Minister said that this is an important issue and the Ministry has paid attention to this matter.

Discussions also focused on the introduction of an alternative to the drip irrigation system for large scale estates, the coconut coir industry in the Kurunegala District and the use of the Sembuwatta area under the Elkaduwa Plantations Ltd for tourism.