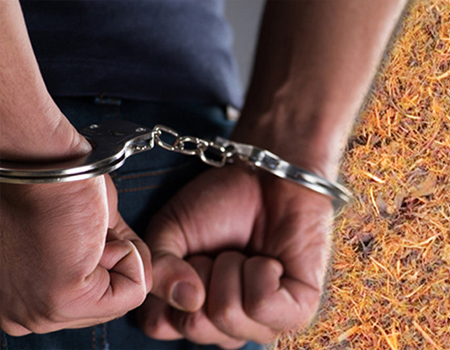 The main suspect arrested over the large-scale racket which smuggled out refuse tea to Iraq has been remanded until the 11th of August.

He was taken into custody by the Customs officers and was produced before Colombo Chief Magistrate’s Court on Wednesday (29).

Sri Lanka Customs had informed the suspect in question to provide a statement with regard to the alleged refuse tea racket.

After recording a statement with the Risk Management Unit of the Customs for nearly 7 hours on Wednesday (29), he was apprehended by the Customs officials.

He was subsequently produced before Colombo Additional Magistrate Lochani Abeywickreme, who ordered to place the suspect under remand custody until the 11th of next month.

The Additional Magistrate further ordered the suspect to provide another statement to the officials of the Risk Management Unit on the 4th and 10th of August.

The Customs have concluded the preliminary investigations into the said large-scale refuse tea racket and have apprehended 9 suspects so far.

It was revealed that they had smuggled out 252 containers of refuse tea to Iraqi markets between 2017 and 2019 using the trade name ‘Ceylon tea’, under the guise of exporting coir.

The main suspect has been identified as a businessman from the area of Kolonnawa. Investigations revealed that he had directly smuggled out 48 containers to Iraq.

Four Fundamental Rights (FR) petitions have been filed before the Supreme Court against the officers of the Risk Management Unit, with the intention of hindering the ongoing probes into this refuse tea racket, according to reports.