Is Sri Lanka going the way of Sony? 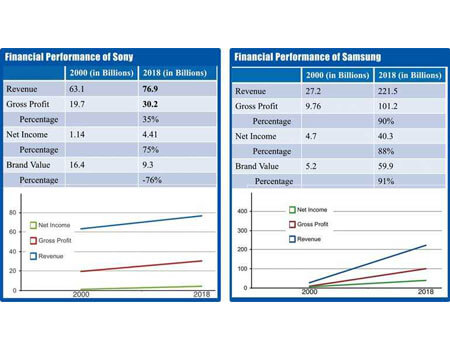 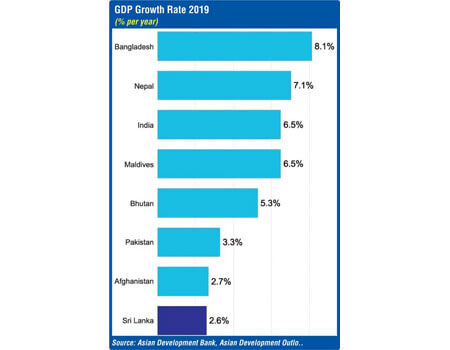 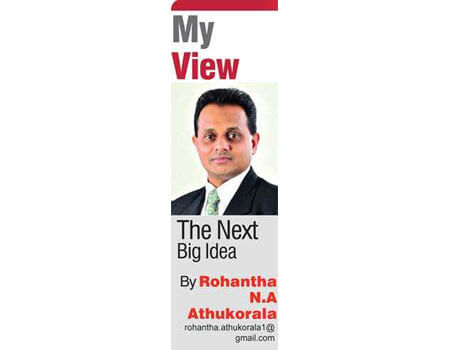 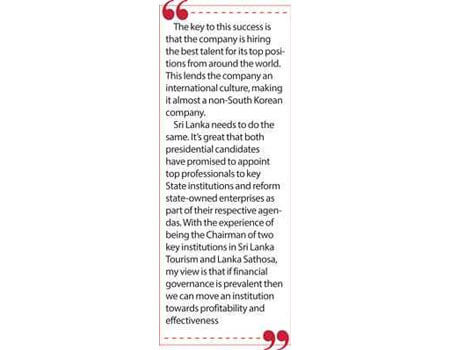 While Sri Lanka’s recent Share of Voice (SOV) has been dominated by heavy political marketing, with every newspaper bearing a false cover with political brands or inundated with election rally rhetoric, the rest of the world is passing us by. This includes not just Bangladesh and Myanmar but also nations like Ukraine and Algeria, according to the latest data released by Brand Finance.

Sony initiated operations in 1946 and officially adopted its globally renowned name around 12 years later. The brand went on to become a household name in every single home. Some even say that it was Sony that built the power of Brand Japan.

It was during the same time that Ceylon received independence and aggressively marketed ‘Ceylon Tea’ and the brand became globally known as the best tea in the world. Just like in the case of Japan, it is fair to say that Ceylon as a brand was built by Ceylon Tea.

In the latest Brand Finance report, Sri Lanka as a nation brand was recoding marginal growth of 7.7% for $ 83 billion and ranked 61 (down from the rank of 59 from 2017). On the other hand, Algeria and Ukraine have grown by 27.1% and 23.5% to be ranked 58 and 60 respectively and beat Sri Lanka. In simple terms, it tells us that the pace at which Sri Lanka is performing is below the global industry average and hence the world is leaving us behind.

Just like Algeria and Ukraine beat Sri Lanka as a nation brand, Sony was beaten by Brand Samsung.

Rising from humble beginnings, with just 36 employees assembling electric fans in a small workshop south of the South Korean capital of Seoul, Samsung today has crushed its rival Sony by a blistering sales performance of $ 221 billion (up from the $ 27 billion recorded in 2000), while Sony trails at just $ 76 billion.

From a brand value indicator, Samsung clocks in a value of $ 59.9 billion (with staggering growth of 91%) while Sony is struggling at $ 9.3 billion dollars (declining by 77%).

Similarities between Sri Lanka and Sony

Hence we can see the similarities that exist between Sri Lanka and Sony, where both have been beaten by lesser known brands due to sheer neglect of the macro environment. Both brands faced internal issues and this contributed to them adopting an approach of survival rather than them focusing on and building their brands’ footprint.

The latest report by Asian Development Bank estimated Sri Lanka’s GDP growth would hit 2.6% - the lowest among South Asian countries. Bangladesh at 8.1% leads the region while Nepal at 7.1%, India and the Maldives at 6.5%, Bhutan at 5.3%, Pakistan at 3.3% and Afghanistan at 2.7% highlight Sri Lanka’s poor performance.

Samsung, with sheer focus similar to Brand Bangladesh, has shown a continuous increase in profit and sales. Samsung cut its overheads to cope with the challenges of consumer disposable income declining and thereby positioned itself as a value-for-money service provider. Due to these reasons, Samsung has been able to increase its profit.

Sony has cut its advertising budget to minimise the losses it has demonstrated during the last decade. It is clear that Sony is trying to apply lean management practices to cope with the situation. However, Samsung on the other hand has spent a huge sum of money on advertising in order to build the brand and today it is worth $ 60 billion against Sony’s $ 9 billion.

By this time, hopefully Sri Lanka’s economy will also touch $ 100 billion in GDP, which means that we will be at tipping point for growth. If we do not do this, Sri Lanka will go the way of Sony, which has lost a sizable chunk of its brand value.

The good news is that both presidential candidates are on the same footing in terms of their election promises in this regard, except for the wage rate policy on tea, which is contrary to the reality of the Regional Plantation Companies (RPCs).

Samsung is a classic example of a company that is not only ruthlessly moving faster than its competition but has also significantly surpassed its industry’s previous leader. The best example of this is provided by the latest refrigerator model released by Samsung, which has a built-in tablet computer that not only controls the fridge’s temperature but also allows users to surf the Internet, watch TV and send e-mails. One cellphone model works like a full-fledged digital camera and also plays music.

The key to this success is that the company is hiring the best talent for its top positions from around the world. This lends the company an international culture, making it almost a non-South Korean company.

Sri Lanka needs to do the same. It’s great that both presidential candidates have promised to appoint top professionals to key State institutions and reform state-owned enterprises as part of their respective agendas. With the experience of being the Chairman of two key institutions in Sri Lanka Tourism and Lanka Sathosa, my view is that if financial governance is prevalent then we can move an institution towards profitability and effectiveness.

One of the key reasons for Samsung’s strong earnings over the years is its holistic approach to developing several strategies for different regions while being guided by one unified Samsung brand image-building strategy. It was a coordinated global program to make Samsung an international brand.

Over the last decade, Samsung has executed its comprehensive brand-building strategy. The company’s annual investment in branding and marketing is about $ 3 billion, which has been spent to increase its brand awareness around the world. Today we can see that the brand value of Samsung has reached its highest ever level.

Samsung has emerged as one of the world’s top 10 brands with higher sales and brand value with strong innovation, fashionability, quality and reliability, which represents a complete shift from its position 10 years ago. On the other hand, Sony has lost its brand value by trying to cut costs and focus on lean practices. It has come to be positioned as a less reliable, less innovative and low-quality brand. Sony must take stock and learn that change is the only way to survive in today’s dynamic world of business. But this involves new ways of working. It includes such disciplines as an ethnographic research methodology rather than a traditional means of getting data from consumers. Now businesses require the raw insightful desires of consumers which can lead to manufacturing products like the Apple iPhone.

Brand Sri Lanka must do the same. The launch of the global marketing campaign in tourism is a high priority. The industry has been crying out since 2015 but sadly the current Government is trying to run the tourism brand while forgetting the best practices of similar tourist markets like the Maldives and Thailand. Both of the latter countries have launched more than three global marketing communication campaigns while Sri Lanka was almost there in 2015 when I was Chairman of Sri Lanka Tourism with the top seven global agencies pitching for the business. However, just two days before the closing date, the campaign was called off and the Board was dissolved. Today, it has been over four years and there is still no global campaign and the industry is bleeding. This must be corrected if we want to emulate the brand-building success which Samsung demonstrated.

A key goal for Sri Lanka is that we cannot head towards levels of performance lower than the 2.6% GDP growth that we are currently experiencing. The new President will have to pick the best team possible and get close to the global consumer and develop cutting-edge products and solutions for tea, tourism, apparel, cinnamon, rubber, pepper and software, to name a few. We have to pay our debt and then move to rebuild Brand Sri Lanka.

(The writer has 18 years of brand marketing experience at top British organisations. He currently heads Clootrack, an Artificial Intelligence company working in Sri Lanka, the Maldives and Pakistan. The thoughts presented in the article are strictly his personal views and do not reflect the opinions or stance of the organisations he serves locally and internationally).