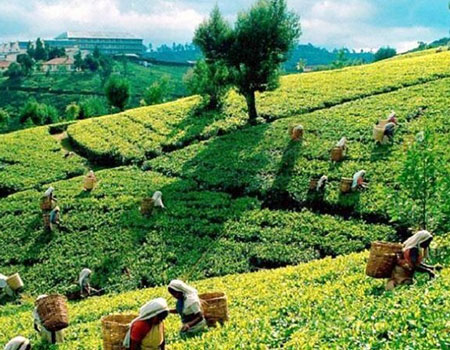 TEHRAN – Iran is expected to sign a deal with Sri Lanka to receive the country’s famed tea over the next two years in exchange for the settlement of loans obtained for the purchase of oil, Sunday Times reported.

Sri Lankan tea exporters are currently facing a crisis since not only has the prices of tea dropped but the industry is unable to export to some of its key markets due to U.S. sanctions imposed on dollar transactions with Iran.

During the meeting they had discussed how to resolve the issue pertaining to the sale of Ceylon Tea to Iran due to the current U.S. sanctions imposed on Iran as a result of which banks refuse to engage in dollar transactions with Iranian banks.

“As a result, now we are looking at settling this through the loans from the Ceylon Petroleum Corporation (CPC) amounting to $200 million,” the ministry secretary said.

At the moment the officials were working out the mechanism to be adopted to settle this without any transactions, he said.

Ranjith explained that if this would be adopted they could sell tea to Iran for the next two years under this arrangement. The rate at which tea could be bought would be based on the market realities, he said.

As part of the transaction the CPC has agreed to pay the tea exporters some of the money directly thereby avoiding any financial transaction between the two countries in the sale of tea, the ministry secretary stated.

In the meantime, Iranian officials were also engaged in discussions to work out a mechanism on how the deal can go through and in this respect negotiations were still underway.

In 2018, Sri Lanka sold 23,914 metric tons (MT) of tea to Iran and in the previous year it was much higher at 27,418 MT. Iran is among the top five markets that purchases teas from Sri Lanka. The other key markets are Iraq, Turkey and Russia.