A substance found in green tea could help scientists find new ways to reduce the risk of heart attacks, research suggests, although experts say that doesn’t mean you should rush to put the kettle on.

The study found that a molecule in green tea, known as EGCG, can bind to a protein that is found in plaques linked to coronary artery disease and, under certain circumstances, make it more soluble. 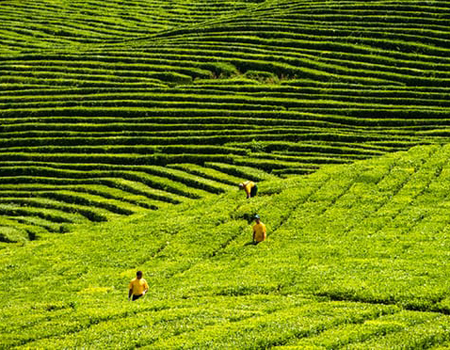 While experts say the latest discovery could open up new possibilities for developing molecules to tackle deposits within blood vessels which contribute to coronary artery disease, they say it is far from clear that drinking green tea will help with the condition.

“If you drink normal quantities of green tea it will probably be unlikely to have an effect,” said Prof David Middleton, a co-author of the study from the University of Lancaster. “What we are saying is that we need to look at this molecule more carefully and figure out ways we can either adapt it to make it more [available to the body when taken] or ways of delivering it to the plaques.”

EGCG has previously been shown to affect the architecture of proteins that make up the plaques linked to Alzheimers disease.

Writing in the Journal of Biological Chemistry, researchers at the University of Leeds and Lancaster University describe how they sought to explore the effect of green tea on apoA-I: a protein that is a key component of so-called “good cholesterol” HDL, but which also has a dark side.

“A certain amount of the protein exists by itself and this seems to be the case particularly as we get older,” said Middleton, adding that in certain circumstances the protein can misfold and form fine fibres which build up in plaques within arteries. Middleton adds that it is thought the addition of the fibres makes the plaques more likely to break up into chunks, thereby increasing the risk of heart attacks and stroke

The team began by brewing up green tea using a microwave – a point that might raise the eyebrows of tea connoisseurs – and after careful analysis found EGCG from the tea bound to fine fibres of the protein.

Moreover, the EGCG appeared to break down the fine fibres of the protein into smaller, circular forms which were soluble, provided the fibres originally formed in the presence of a substance similar to that found between cells in the body.

The study was met with caution by experts who noted that having a balanced diet, not smoking and other aspects of lifestyle are key ways that individuals can lower their risk of coronary artery disease.

“[This latest] research is very early on,” said Prof Naveed Sattar of the University of Glasgow. “We’ve been here before with novel agents in foods and drinks which may lessen some health risks but, to date, few things have led to any real advances. So, my advice would be not to rush to [drink] green tea for now.”

Dr James Brown, a senior lecturer in biology and biomedical science at Aston University was also cautious, pointing out that “it is not the same as drinking green tea and seeing that have an effect in the body.”

He added that the body breaks down the components of green tea, and it is not clear how much EGCG would end up in the blood. “They haven’t taken a mouse or a human that has evidence of these [plaques], given them green tea or EGCG and then seen a reduction in those.”