Glyphosate: First Shipment Due in October

'No scientific proof it can cause cancer' 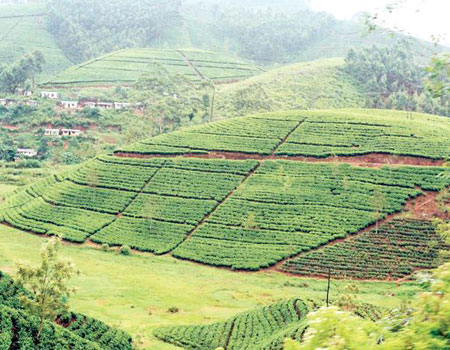 Glyphosate, which is currently a subject of fierce controversy world over will once again be in use in the plantation sector as the preferred weed killer with the first batch of imports expected in October since the ban on the weedicide was lifted mid this year, a top official of the Ceylon Petroleum Corporation (CPC) told the Sunday Observer

CPC Agro Chemical Manager Suranga Perera said around half a million litres of Glyphosate will be imported by end of next month or early October for tea and rubber plantations.

“The CPC plays only an intermediate role. Selection of suppliers is done by the Registrar of Pesticides after the Pesticide Technical and Advisory Committee evaluates samples. The quantity to be imported is decided by the Plantations Ministry,” he said.

The requirement of Glyphosate in the country is around one million litres per annum. Currently the use of Glyphosate is permitted only for tea and rubber plantations and importing of the weedicide is permitted under a controlled amount. The widely used herbicide ran further into trouble recently after a US court ordered Monsanto, an agro-chemical company to pay $ 290 million as compensation to a groundskeeper who was diagnosed with cancer after repeatedly using Roundup. Glyphosate an active ingredient in Monsanto’s weedkiller Roundup is classified by the World Health Organization as “probably” being carcinogenic.

The weed killer was banned in Sri Lanka in 2015 following speculation that the agro-chemical contained carcinogenic substances. However, despite the opposition to the use of the weedicide so far there has not been scientific proof to confirm that the weed killer has the potential to cause cancer.

However, the agrochemical giant insisted that the court decision “does not change the fact that more than 800 scientific studies and reviews... support the fact that glyphosate does not cause cancer, and did not cause Johnson’s cancer.”

Germany’s Bayer, which acquired Monsanto for $63 billion mid this year had stated it was “convinced glyphosate is safe and does not cause cancer.”

Following years of heated debate, EU member states decided to renew the licence for glyphosate for another five years at the end of 2017.

The Government Medical Officers’ Association which has been an ardent campaigner against the use of Glyphosate has called upon the health minister to reveal who permitted the lifting of the ban on the weedicide.

However, the plantation sector faced a severe blow as its crop yield dwindled drastically resulting in low exports. The tea sector lost about 5-10 percent of production due to the ban last year.

Former Sri Lanka Tea Board Chairman Dr. Rohan Pethiyagoda said tea production last year would have increased by another five to 10 percent and about 10-20 billion revenue if not for the ban on Glyphosate which put the industry in deep trouble. SLTB expects tea production this year to surpass last year’s figures of 307 million kgs to touch around 330 million kgs this year with an auction price of around Rs. 620 per kg.

Tea production last year recorded a five percent growth in yield and the export earning was US$ 1.5 billion.