In 1987, when Chandra Kumar Dhanuka took charge of the business, Dhunseri Group had a turnover of little over ₹60 crore, primarily from the flagship tea business. 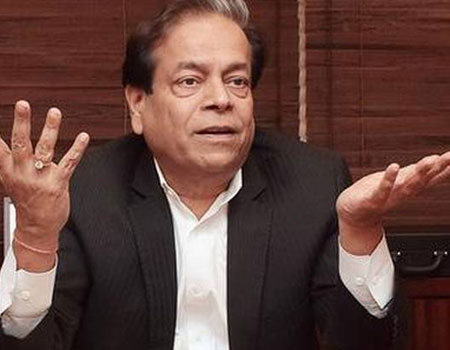 Thirty years later, Dhanuka, Chairman of Dhunseri group, has created a $1-billion petrochemicals empire in India and Egypt, and he just completed converting it into a 50:50 JV with Indorama group of Indonesia. Apart from overseas trade, the entity controls 35 per cent of the bottle grade PET market in India, second only to Reliance.

Meanwhile, the plantation business expanded from a production of mere 1.5 million kg (mkg) to 20 mkg, evenly shared between India and Africa. And, if Dhanuka has his way, the tea business is now set to double in size.

"We are eyeing addition of another 10 to 20 mkg, across India and Africa," he told BusinessLine. He may bid for Assam Company India Ltd's assets (14 gardens), if they go under the hammer during the ongoing insolvency proceedings.

His Lal Ghora and Kala Ghora brands are market leaders in the packet tea segment in Rajasthan. But, Dhanuka has no plans for further investment in the segment. "Packet tea is a different ball-game altogether. There is no linkage with plantation," he says.

But there is no linkage either between plantation and petrochemicals either. Why did he enter into such unrelated segment? The answer came in single line. "I wanted to own a big plant."

"I put everything at stake for this plant. Thankfully, it worked," he said. Over the next 10 years, Dhanuka added a second plant at Haldia, increasing the total capacity by four times to 4.8 lakh tpa.

By 2013-14, Dhunseri opened a 5.4 lakh -tpa facility in Egypt costing over ₹1,000 crore. But just as his balance sheet started getting fatter, so came problems starting from raw material issues at Haldia to unrest in Egypt and finally a crash in energy commodity prices.

Earlier this month, when Dhanuka roped in Indorama as 50 per cent partner in Egyptian Indian Polyester Company (EIPET), the plant had a $197-million debt on the books and production was suspended for over two years. The debt now stands cleared.

Dhanuka has no immediate plans for business expansion, except enhancing exposure in tea plantations and his continuing investing in macadamia nut plantations in Africa.

"I have no vision as such. I am now 63, I plan to work till 93," he says. While With his son Mrigank has acquired a confectionery business in Singapore, his wife Aruna joined him in managing the Dhunseri empire.

His philosophy about life is simple. He was never content with mere personal wealth. He wanted to do something more meaningful than that. "I pursued a dream and am still pursuing it," he said.