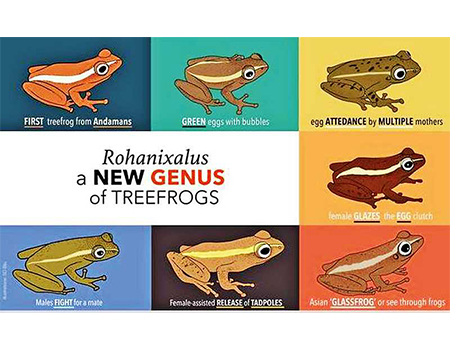 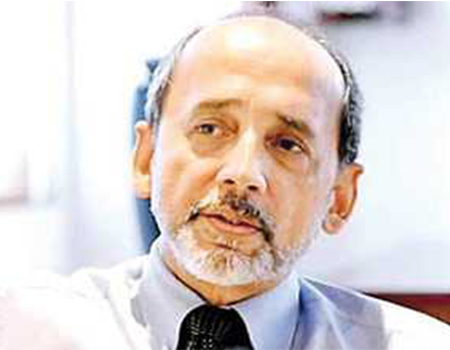 In a paper published in the journal Zootaxa this week, an international team of scientists has named a new genus of diminutive Asian treefrogs in honour of Sri Lankan scientist Rohan Pethiyagoda.

Led by Professor S. D. Biju and Dr Sonali Garg of the University of Delhi, the team includes leading scientists also from the Chinese Academy of Sciences, the Indonesian Institute of Sciences and Chulalongkorn University, Thailand. Rohanixalus was discovered through a wide-ranging study of DNA, morphology and behaviour in Asian treefrogs, with one of the eight species becoming the first treefrog to be discovered in the remote Andaman Islands. Rohanixalus is also the first non-Sri Lankan genus of animals or plants to be named after a Sri Lankan.

Explaining how they coined the name of the new genus, the authors write in their 55-page paper published on 11 November, ‘The genus is named after Rohan Pethiyagoda from the Australian Museum, in appreciation of his vast taxonomic contributions to herpetological and ichthyological studies in Asia.’ They add that the common name of this group of amphibians will be ‘Rohan’s Tree Frogs’.

Presently resident in Sydney, Pethiyagoda, a Rolex laureate and former Chairman of the Sri Lanka Tea Board told the Daily FT: “It was totally unexpected, and I consider it a great honour. When I named a genus of fish Dawkinsia after the evolutionary biologist Richard Dawkins some years ago, he said he felt it bestowed a kind of immortality on him. Now I understand what he meant. I am so grateful to Prof. Biju and his colleagues for this wonderful gesture. When COVID is over, I want to go and see these frogs for myself, hopefully in Myanmar.”