If you’re like billions of people around the world, you enjoy a nice cup of tea or nibble on a chocolate cookie now and then. Unfortunately, these beloved luxury foods carry a hidden cost: They’re infamous for abusive labor conditions, including child slavery, forced labor and horrendous working conditions. 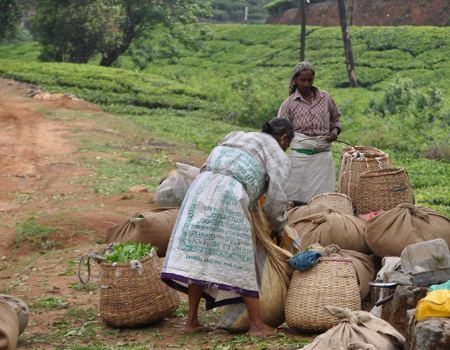 That’s why some companies have started pursuing voluntary certification programs to put consumers at ease — but it turns out that some of those certifications may not be very reliable.

According to a study focusing on India and Ghana — two of the biggest producers of raw ingredients for globally-traded tea and chocolate products, respectively — unjust working conditions are commonplace. And for consumers who want the ability to make ethical buying decisions, this is bad news.

The report, titled the “Global Business of Forced Labor,” notes that poor sourcing practices and limited supply chain controls make it easy to conceal labor abuses in a market with extremely high price pressures. In other words, companies hoping to make a profit on tea and chocolate want to pay as little as possible for their raw ingredients.

Through interviews with workers, the researchers documented substandard housing; sexual harassment and assault; low or no wages; debt bondage; poor sanitation; lack of access to health care; physical and verbal abuse; and lives far below the poverty line. These conditions are unjust for workers — and they’re also dangerous for consumers.

There are clear health risks, for example, in having sick people produce food products, or in underpaying people tasked with food safety.

So what about labor certification programs?

The interviewers discovered that most cacao and tea workers weren’t sure whether they worked on farms that cooperated with such programs, and many didn’t know what their rights were. Yet the study included plantations certified by a range of big names in the ethical consumption industry, and the researchers uncovered evidence that workers altered their practices in advance of known inspections to help plantations pass.

This isn’t the first time certification programs have been called to task for failing to protect workers, or providing nebulous information that could mislead consumers. Certification is a big industry thanks to consumers who desperately want to do the right thing. Researchers say it doesn’t have to be this way, though — and there are steps certifiers could take to combat abuse on plantations.

These recommendations include: a public and independent review of the certification process; taking steps to close loopholes exploited by unscrupulous employers; making sure certification covers all at-risk workers; educating producers about how to meet certification standards; and independent, possibly governmental, auditing of certification entities. These efforts could make the process more transparent and reliable, while increasing consumer confidence.

If you’re wondering whether it will ever be safe to eat chocolate or tea again, be aware that similar supply chain issues exist for a range of products — from the tomatoes you put on your veggie burger to the coffee that wakes you up in the morning. The food system overall is characterized by injustice. While that doesn’t mean you should just shrug and give up, it’s important to keep things in perspective. Reforming the system will take time and dedication.

You can also read up on the certification programs you know and trust. You may start with their own disclosures about how they monitor working conditions and what kinds of issues they look for. But you can also try searching for the name of a given program and “criticism” or “controversy” to learn more about what people are saying; read that criticism carefully and consider the source, though. Comments from a tea industry lobbying organization, for example, are likely biased.

If you’re not happy with what you find, speak up! Ask a certification entity to do better, and demonstrate how the organization will reform its practices.